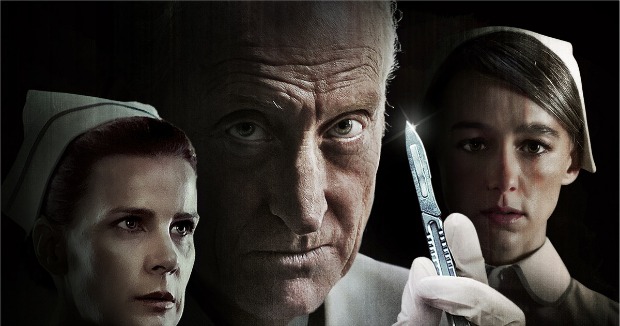 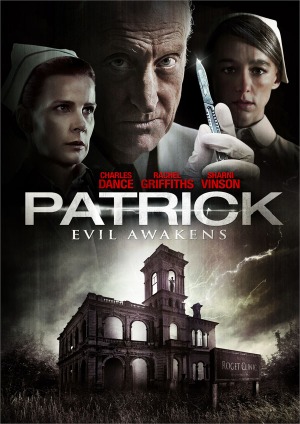 I love “found footage” clips. Especially when they take place in what appears to be an underground bunker, are titled “Shocking Medical Experiment Gone Wrong,” and open with these words:

“The following unreleased found footage was never intended for public viewing. The graphic nature of this exploratory medical testing may be disturbing for some viewers.”

In other words, send the kids out of the room! Hide your eyes! Put the dog outside! Here’s some found footage from “Patrick: Evil Awakens,” available on Video On Demand and in theaters March 14, 2014.

When a young nurse begins work at an isolated psychiatric ward, she quickly becomes fascinated with Patrick, a brain dead patient who is the subject of a mad scientist’s cruel and unusual experiments. What starts as an innocent fascination quickly takes a sinister turn as Patrick begins to use his psychic powers to manipulate her every move and send her life into a terrifying, out-of-control spiral.

Written by Justin King and directed by Mark Hartley, “Patrick: Evil Awakens” is from Phase 4 Films and stars Charles Dance, Rachel Griffiths and Sharni Vinson. Watch the clip … unless you’re too scared…