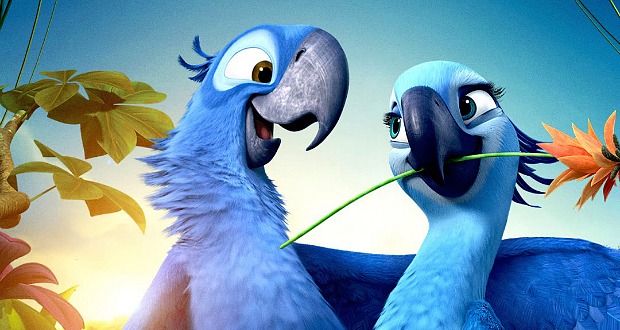 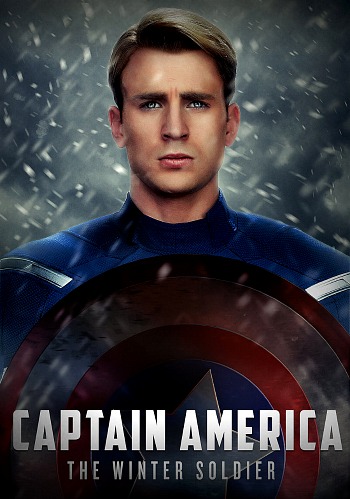 EDITORS: Buy this feature and photo gallery in our Reel Life With Jane Shop.

April brings Chris Evans as Captain America, Anne Hathaway and Jesse Eisenberg as colorful parrots, and a family of brown bears in Alaska. Here’s a sneak peek at what’s new in theaters and on DVD and blu-ray this month.

CAPTAIN AMERICA: THE WINTER SOLDIER
PG-13 for intense sequences of violence, gunplay and action throughout. In theaters 4/04. Ok for kids 12+. Reel Preview: 4 of 5 Reels. http://marvel.com/captainamerica

Chris Evans returns as Steve Rogers in this sequel to 2011’s “Captain America: The First Avenger.” He continues his journey as the super-powered American soldier who’s grasping to find his place in a modern world after being frozen in ice since WWII. Cobie Smulders, Sebastian Stan, Samuel L. Jackson, Emily VanCamp and Robert Redford also star, with “Community” director/producers Joe and Anthony Russo helming.

It’s a jungle out there for Blu, Jewel and their three kids in this sequel to 2011’s “Rio.” After they’re hurtled from that magical city to the wilds of the Amazon, Blu tries to fit in and goes beak-to-beak with the vengeful Nigel. But the most fearsome adversary of all? His father-in-law! Anne Hathaway, Jesse Eisenberg, Leslie Mann, Jamie Foxx, Jake T. Austin, Andy Garcia, John Leguizamo and Kristin Chenoweth  lend their voices to this cute and colorful film directed by Carlos Saldanha.

HEAVEN IS FOR REAL
Rated PG for thematic material, including some medical situations, and for brief language. In theaters 4/16. Ok for kids 11+. Reel Preview: 4 of 5 Reels. http://heavenisforreal.net/

Based on the book by Todd Burpo , this movie tells the true story of a Nebraska pastor’s four-year old son Colton (Connor Corum) who claims to have experienced heaven during emergency surgery. He talks of looking down to see the doctor operating and his dad praying in the waiting room, and meeting his miscarried sister (whom he never knew about) and his great-grandfather who died 30 years before Colton was born. Directed by Randall Wallace, this movie also stars Greg Kinnear, Kelly Reilly, Margo Martindale and Thomas Haden Church.

The latest installment in the DisneyNature series chronicles a year in the lives of two mother bears and their cubs in the Alaskan wilderness. Filmmakers Alastair Fothergill and Keith Scholey helm the story, which begins as the brown bears emerge from hibernation at the end of winter. As time passes, the two bear families must work together to find food and stay safe from other predators, especially wolves. 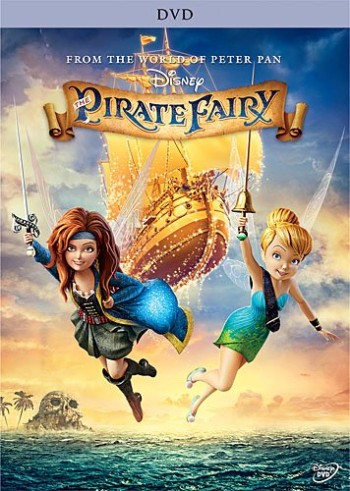 From the world of Peter Pan comes “The Pirate Fairy,” a swashbuckling new adventure about Zarina (voiced by Christina Hendricks), a smart and ambitious dust-keeper fairy who’s captivated by Blue Pixie Dust and its endless possibilities. When Zarina’s wild ideas get her into trouble, she flees Pixie Hollow and joins forces with the scheming pirates of Skull Rock, who make her captain of their ship. Tinker Bell (Mae Whitman) and her friends must embark on an epic adventure to find Zarina, and together they go sword-to-sword with the band of pirates led by a cabin boy named James (Tom Hiddleston), who’ll soon be known as Captain Hook!

Franklin is overly excited to lead the Nature Nuts in an Earth Day clean up. As his team dwindles to one — himself — he realizes that his overzealousness is not accomplishing anything. He soon learns it’s better to work as a team.

It’s Easter and everyone’s favorite K-9 is back! The Bannisters are heading out on a family cruise and sending Zeus to doggie day care. Everything goes according to plan until the daycare’s crosstown rival hires a trio of crooks to sabotage the fledgling business. Zeus will make some new friends and new enemies as he uses all his tricks to save the daycare and Easter! Dean Cain, Elisa Donovan, Beverley Mitchell, Patrick Muldoon and Mario Lopez star in this cute film directed by Sean Robert Olson.

Featuring a mix of live action and animation, this DVD showcases more than two hours of award-winning programming that combines quality and fun for preschoolers. Kids will follow siblings on exciting adventures around the world in “Are We There Yet?,” while “Mama Mirabelle s Home Movies” introduces them to a unique world filled with lovable characters and stunning wildlife movies from National Geographic. In “Toot & Puddle,” two lovable pigs share their endless curiosity and wild adventures both in the backyard and across the globe.

Lion cubs Lionel and Leona and their parents Cleo and Theo welcome you to a library like no other! In “Between the Lions,” the doors swing open to reveal a magical place where characters pop off the pages of books, vowels sing, and words take on a life of their own. Episodes include: The Chap with Caps; Pecos Bill Cleans Up the West; Little Big Mouse; The Lost Rock; and Fuzzy Wuzzy, Wuzzy.

There’s trouble on the tracks for Thomas and his friends in this set featuring all new episodes never before seen on TV. Gordon and Cranky don’t want to listen to Really Useful advice from Paxton and Kevin; Scruff, Winston and Stafford lose track of themselves, causing confusion and delay; and sometimes engines need a little help from their friends to chuff and puff full steam ahead! Bonus features include Sodor Hide & Seek Game; “All You Need Are Friends” Music Video, Fun & Activities with Driver Perkins and Guess Who? Puzzles.