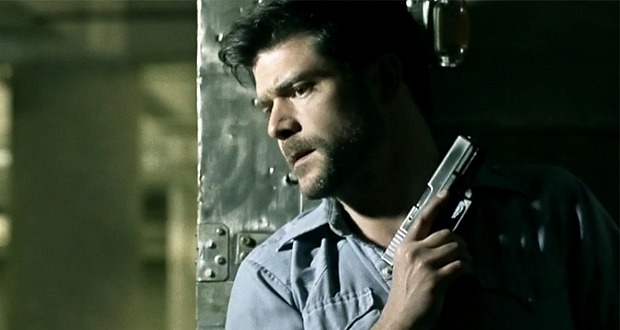 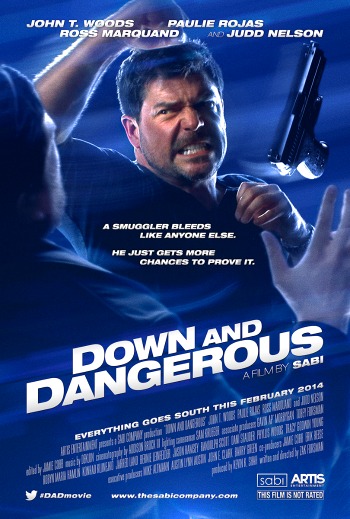 “A smuggler bleeds like anyone else. He just gets more chances to prove it.”

“Down and Dangerous” brings back those early “Miami Vice” episodes stripped bare with saturated lighting and a retro soundtrack.

It’s a romance but with drug dealers, lots of coke, and hookers with hearts of gold. I’m always impressed when someone has a dream, takes it to Kickstarter and gets it done.

This movie, based on a true story about writer/director Zak Forsman’s father, is about an independent smuggler who is forced into ripping off a major coke dealer. There are enough plot twists to keep you guessing which, if any, of the players will actually accomplish that feat.

John T. Woods and Paulie Rojas play the star-crossed lovers. The only problem is that Paulie’s boyfriend is a Mexican drug kingpin played by a delightful Ernest Curcio. Someone get this guy a show! There’s also a cameo by Judd Nelson who’s doing hard time.

They’ve got all the bases covered here for a fun, romantic B-movie night with your main squeeze. Straw not included.