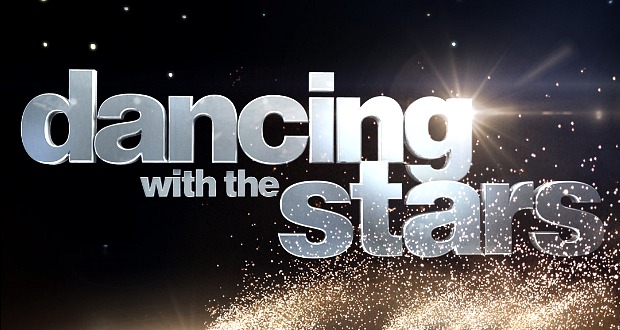 Welcome back, dance fans! The brand new season of “Dancing With The Stars” is off to a rocking start, and the competition is so high, we’ve already seen a few 9s from the judges. It’s going to be difficult to pick only 5 top dances week after week.

RELATED: All “Dancing With the Stars” News & Recaps

And brand new is right! Nearly everything is new, from the cast to the Sky Box, from the band, singers, and bandleader to Tom Bergeron’s new co-host, Erin Andrews. The latter change is pretty exciting; she must be better than Brooke Burke-Charvet (but I’m afraid that’s not saying much).

While the same judges return, Carrie Ann Inaba, Bruno Tonioli, and Len Goodman will be joined by a guest judge every week. We can expect a few new twists this season too, including a mid-season partner switch.

In addition to the tough competition overall this season, there are two mini battles that are already heating up. One is the clash of the Olympians, with ice dancing partners Meryl Davis and Charlie White competing against each other for the first time in 17 years—not to mention paralympian phenom Amy Purdy. The other is the Battle of the 90s Sitcom Stars: Danica McKellar (Winnie Cooper from “The Wonder Years”) vs. Candace Cameron Bure (DJ Tanner from “Full House”). Both heats will be exciting to watch, and in fact, three of the performances have breached my Top 5 dances this week.

Here are my favorite dances this week:

Danica McKellar and Val Chmerkovskiy’s Fox Trot: Wow, Winnie looks almost exactly the same as when she was on “The Wonder Years,” and she’s still adorable! Possibly even more so. What’s more, she’s a great dancer. Kelly Clarkson’s “Walk Away” sounds more like a cha-cha, but Danica handled the fox trot movements very well. She looks great, and has terrific potential.

Sean Avery and Karina Smirnoff’s Contemporary: I really expected this to be so painful, and instead was very pleasantly surprised. The hockey star looked so awkward and uncomfortable in the package, but he softened enough and practiced enough to perform well. True, Karina did more of the work, but Sean was a strong, supportive partner for her, and even had a few good jumps of his own. The lift toward the end was terrific. Frankly, I suspect Sean won’t last in the competition long, so I wanted to include him tonight, especially because he was so surprising.

Candace Cameron Bure and Mark Ballas’s Contemporary: I really appreciate Candace’s request at her first meeting with Mark: she prefers to be more modest in her dancing, and not so sexy. I definitely think the show’s dancing has become a little oversexed, especially the troupe dances, so I appreciate her wanting to tone things down. It also forces the choreographer to be more creative.

Ellie Goulding’s “Burn” set the tone for their exciting contemporary routine, and Mark’s great choreography matched it. Candace looked terrific, and really went for it, executing her movements with power and really stretching through her lines. She’s also adorable, but has strength too. I’m excited to see both of these women grow.

Amy Purdy and Derek Hough’s Cha-Cha: Wow. This was amazing. Amy’s story is fascinating and awe-inspiring, of course, but aside from that, she danced really well. The double-amputee paralympian with two prosthetic legs had great footwork and moved faster than Billy Dee Williams (who, granted, is 77 years old). She had great musicality, good use of her body, and terrific footwork—and wore those awesome fringy pants really well.

Charlie White and Sharna Burgess’s Contemporary: I have just one word for both Charlie and Meryl Davis: RINGERS! As much as they may say dancing is different from skating, the two art forms are still related, and the competitors both clearly understand movement.

As wonderful as Meryl’s dancing was, I felt her timing was just slightly off at the beginning, and she was mugging a lot. Poor Charlie looked more nervous every time we saw him on screen, but of course he pulled it off and danced absolutely gorgeously. He’s also very cute (I’m crushing on him already), and looked beautiful in this contemporary routine, though he could relax his head and neck a bit more. The judges seem to think he won’t be able to maintain his high standard throughout the season, but I think he’s got it in him to take it to the end.

So dance fans, what are your favorite dances this week? Are you excited about the mini rivalries? What did you think of Erin Andrews’s debut as host? Any early predictions for the winner so far? Chime in below!