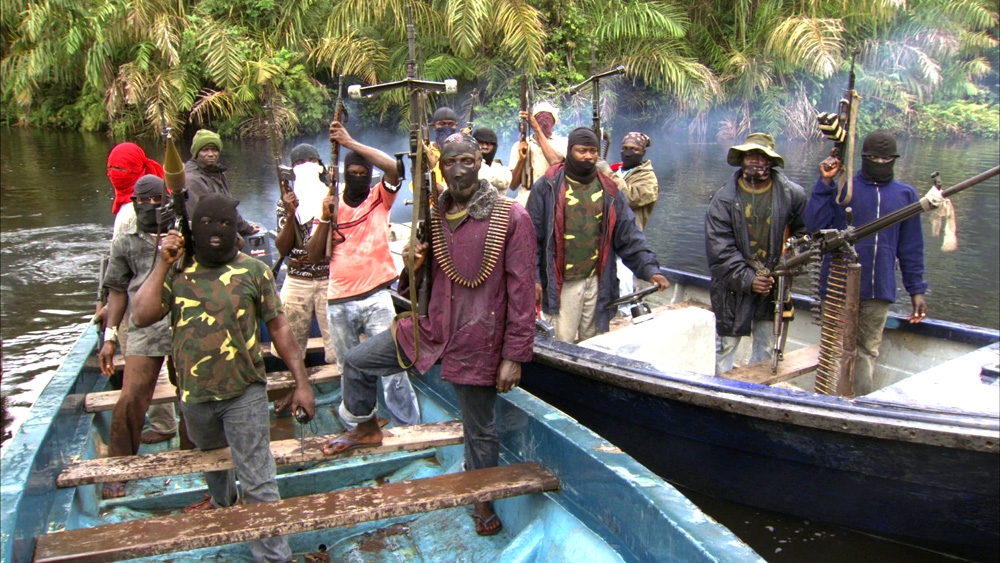 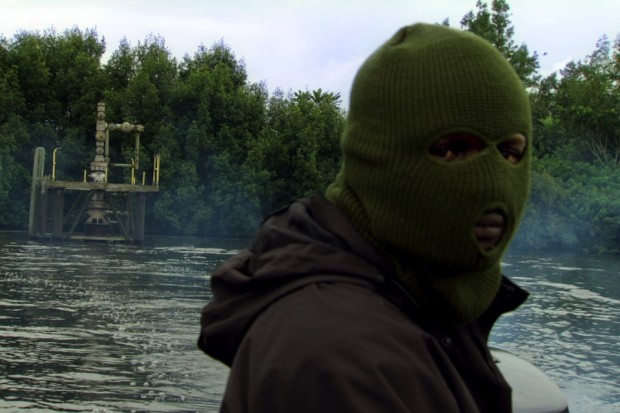 Rachel Boynton’s documentary, “Big Men,” is all about the high drama of big oil. Executive produced by Brad Pitt, the documentary moves from the offices of New York to Ghana and Nigeria in a story that is so complex, it’s hard to tell if there are any good guys to be found.

The truth is that with billions of dollars at stake, there may very well be no good guys. At the same time, no one comes across as evil in this saga. They all have justifications for their decisions. I said it was complex.

The documentary’s action begins in 2007 when Kosmos Energy is working to secure a deal to extract oil in Ghana for the first time. A lot of excitement is generated about this find. Then, in the middle of it, Ghana’s leadership changes, and the stock market crashes in 2008, putting the deal in jeopardy. 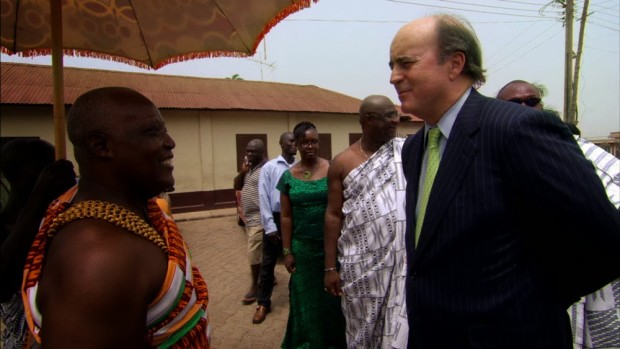 Boynton intersperses this story with footage of what the oil industry’s presence has wrought in Nigeria. After seeing the repercussions in Nigeria and after so many western industries have set up shop in African countries, promising prosperity to the locals that is never delivered, Ghana’s government officials are justifiably wary. Of course, the people in Africa have also been victimized by their own corrupt governments. Many of their officials have walked off with the bulk of the funds provided by these western industries. In other words, there is plenty of blame to go around.

Meanwhile, militants in Nigeria are hired by clean-up companies to set pipelines on fire. Villages are surrounded by pipelines that burn for months, while other pipelines are tapped for oil that is sold on the black market. One of these militants admits that his actions are like shooting himself in the foot because the results of those actions are destroying the Niger Delta. But it’s a corrupt world where desperation causes people to think only about their own short-term self-interest, the long-term consequences be damned.

As sung in “The Beverly Hillbillies” theme song, oil is “black gold.” Only a few reap the benefits of the natural resource, while others continue to live in abject poverty surrounded by nature that has been exploited and decimated. You know that question that people asked after 9/11 – “Why do people in other countries hate Americans so much?” This film is your answer. 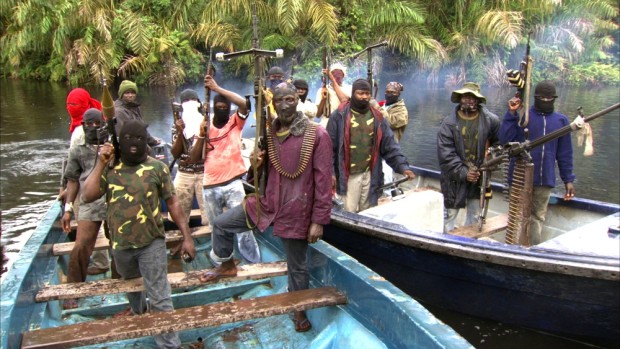 More than anything, the stories that unfold in the documentary show what happens when people of all backgrounds work only for their own self-interest, as well as what happens in a world that is dependent upon oil. It’s multifaceted, and it’s ugly. By the end of the documentary, we are left wondering if Ghana’s plight will be the same as Nigeria’s. Only time will tell.

I can’t recommend this documentary enough. My only complaint is that early on, a lot of information is conveyed through short narratives that must be read. I would have preferred a narrator. Otherwise, Boynton has created a very well-balanced film that gives people outside of the oil and gas world a glimpse into what is really at stake for the diverse players in this real-life drama … and, ultimately, what is at stake for all of us.

Like most documentaries, “Big Men” is playing in short theatrical spurts around the country. Visit the film’s website for dates, and if it isn’t playing in your city, watch for it on VOD and DVD. If you care to be informed about what our oil dependence creates, it’s a must-see.