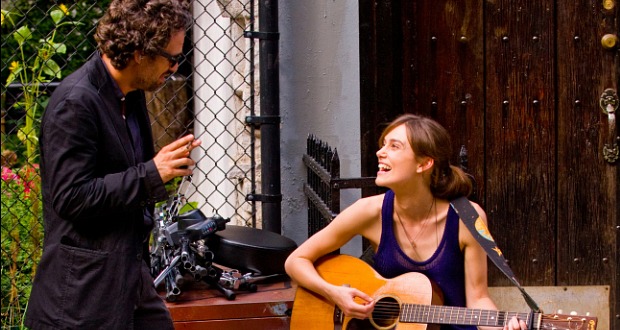 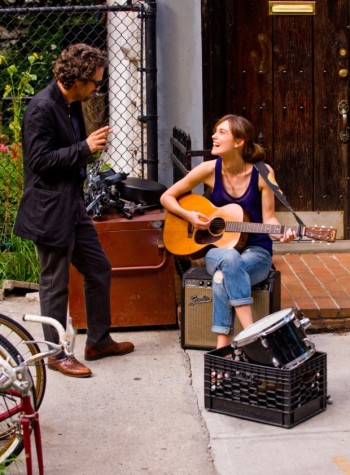 The dramedy is by writer-director John Carney, best known for the romantic comedy “Once,” that went on to become a Tony Award-winning musical. “Begin Again” — which is also the title of a 2012 song by Taylor Swift – has a similar theme to “Once,” in that it’s about two lost souls who meet and create beautiful music together.

Knightly plays a singer whose longtime boyfriend has left her for a deal with a major record company and who she learns has begun to stray. While she’s performing in an East Village club, she meets a disgraced record-label executive (Ruffalo), who is captivated by her raw talent. The two change each other’s lives, for the better.

Several years ago, she told me at a press junket for “Anna Karenina” that it was time to do something lighter.

“I’d done five years of films where either I died or something horrific had happened in all of them. I wanted to spend a year not dying and trying to do things that were very positive,” she said. She described “Begin Again,” which formerly was called “Can a Song Save Your Life?” as an “incredibly positive, hopeful piece about friendship and making an album and possibilities.”

The Weinstein Company will release “Begin Again” (originally titled “Can a Song Save Your Life?”) in theaters on July 4, 2014. Here’s a Q&A at the Toronto Film Festival with John Carney and producer Anthony Bregman.