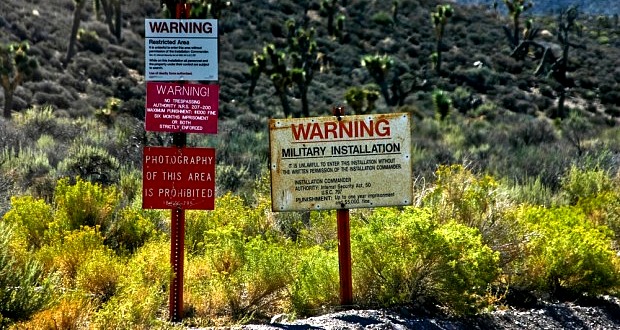 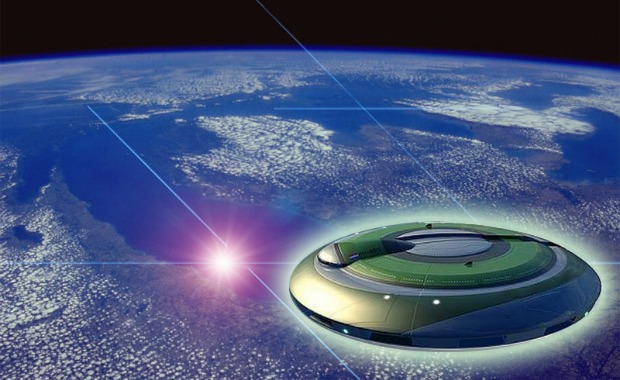 Like everyone else, I continue to be mystified by the idea that UFOs are roaming the galaxies and touching down on Earth to … do whatever it is they do.

Last August, the CIA finally admitted the existence of Area 51, as well as declassified documents about the military base in Nevada, long the focus of UFO conspiracy theories due to its secrecy. The set of declassified documents offered even more details on Area 51′s role in stealth programs — during the Cold War.

According to an e-book by Jeffrey Richelson, a senior fellow with George Washington University’s National Security Archive who filed the initial Freedom of Information Act request for information released in 2013, more than 60 declassified documents reveal how the Air Force used Area 51 to further develop its stealth programs in the 1970s and 1980s and how it held “secretly obtained” Soviet MiG fighters.

In the video below from the Travel Channel, Colonel Louis Setter, a former Air Force U2 pilot, discusses what it was like to fly these secret spy planes.

You can see more videos like this at ulive.com.

Ok, so we know from the documents that Area 51 was a top-secret Cold War test site, but there’s still some interesting facts in Richelson’s e-book. Here’s a blurb from the intro.

Included is a 1961 memo (Document 1) from the CIA’s inspector general raising the issue of security, and a response (Document 2) reporting the shared concerns of the CIA Deputy Director for Plans, Richard Bissell. Security concerns led to consideration (Document 3) of photographing the area with U.S. reconnaissance assets and a debate (Document 4, Document 5) over the possible release of a photograph of the facility taken by SKYLAB astronauts.

Other documents focus on the aircraft tested at the facility (and their operational use) — particularly the stealth F-117. Those documents include a variety of histories of the F-117 squadron, with details on participation in operations and exercises. In addition, there are extracts from two reports (Document 15, Document 16) on accidents involving F-117 aircraft, as well as histories and assessments (Document 17,Document 18, Document 23, Document 36) of F-117 deployment in operations DESERT STORM and IRAQI FREEDOM. Also included are fact sheets (Document 58,Document 59, Document 60) concerning three programs, at least two of which were tested at Area 51 — the Bird of Prey and TACIT BLUE.

Are you convinced that Area 51 has nothing to do with UFOs? What about all the eye witness reports of alien contact? What about Roswell? What about Whitley Strieber, Budd Hopkins (who I interviewed once – fascinating guy) and all the other UFOlogists?

Disclosure: Reel Life With Jane may be compensated for views and/or clicks on video advertisements in this post.