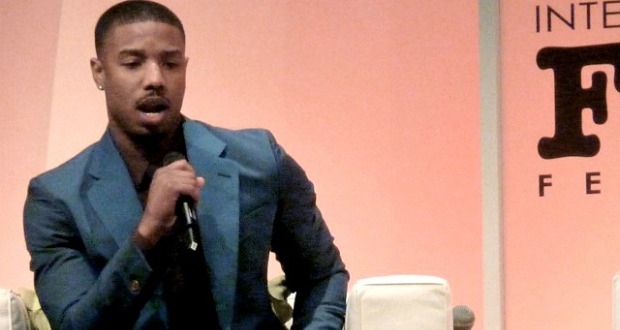 Awards season is in full swing, and we’re counting down to the Oscars on March 2, 2014. This has been a great year for movies, and the 29th Annual Santa Barbara International Film Festival (SBIFF) continues the momentum with its own brand of style.

Known for its unique take on films and dazzling tributes, this was definitely the place to be Jan. 30 through Feb. 9, 2014. Record crowds converged on the American Riviera, Santa Barbara, the famed California seaside haven for 11 glorious festival days. As always, it was a happening event with plenty of premieres, tributes, films, panels, parties and film feasting at top notch local dining venues.

Santa Barbara is dedicated to the wonders of the sea and protecting the environment, so it was fitting that opening night 2014 presented the documentary film “Mission Blue” at the historic Arlington Theatre. This enlightening film celebrates the life and mission of dedicated and acclaimed oceanographer Dr. Sylvia Earle, who is determined to repair the spoils of the oceans, as she calls on others to join her mission, along with producers Fisher Stevens and Robert Nixon and input from James Cameron and others. The underwater photography is awesome and the devastating damages shocking. Sylvia Earle questions, “How can we use the ocean without using it up?” The film is dedicated to the late Mike deGruy, world famous undersea filmmaker and resident of Santa Barbara.

What makes the SBIFF all happen is the ever-talented Festival Director, Roger Durling and his staff; presenting sponsor UGG Australia and other great sponsors; Doug Stone, President of the Board and his ardent board; participating filmmakers and jury members; 700 dedicated local Santa Barbara volunteers and all the enthusiastic film lovers, who turn out year after year to support this popular festival.

The SBIFF is known for its dazzling tributes coinciding with Academy Award nominations, and red carpet charisma attracts celebrities, locals and fans. Kicking off the tributes was Director David O. Russell (“American Hustle”) returning to Santa Barbara for an award for Outstanding Director of the Year; last year he presented an award to Jennifer Lawrence for her performance in his acclaimed film “Silver linings Playbook.”

With “American Hustle” recognized for 10 Oscar nominations, Mr. Russell has again demonstrated that his films with obsessive characters have universal appeal.

Festival Director Roger Durling was at the helm of the interview, tapping into Mr. Russell’s past achievements and his many films dealing with dysfunctional families. After an eight-year hiatus, he returned as a better filmmaker with three memorable films beginning with “The Fighter,” and a growing family of actors portraying amazing characters, including Christian Bale, Jennifer Lawrence, Amy Adams, Bradley Cooper and Melissa Leo, who presented this award at the SBIFF. Russell considers himself “a late bloomer, someone who learned by trying and failing.” He aspires to “write roles that are worthy of the actors.”

Click the images below for larger views and sharing options. All photos by Barbara Singer.

Returning from Australia to the SBIFF, since her last tribute in 2008, was Cate Blanchett, nominated for a Best Actress Oscar for her stellar performance in Woody Allen’s “Blue Jasmine.” It was a special evening, as UGG Australia sponsored the event and Pete Hammond of Deadline Hollywood spoke with Ms. Blanchett about her films and career with clips of her many acting faces and roles.

The highlight was Ms. Blanchett’s award for Outstanding Performance of the Year, as a perplexed socialite wife of a scammer that has left her life devastated. In “Blue Jasmine,” she was a part of a string of dysfunctional people. Fellow actor Rooney Mara presented the well-deserved award.

All the Virtuosos have received critical acclaim and coveted awards  for their work this year. As 26-year old Michael B. Jordan said, he could have been in the same situation as his character in “Fruitvale Station.” He wanted to step up to the challenge and 98 percent of the film is true.

Jared Leto was embraced by the SBIFF for his focused role as a transgender named Rayon in “Dallas Buyers Club.” June Squibb was a whimsical scene-stealer in “Nebraska,” and Brie Larson was committed to telling her story in “Short Term 12.”

Wednesday night was surely the most impressive evening so far at the SBIFF, as multi-talented local resident, former talk show host and philanthropist Oprah Winfrey attended her first SBIFF to receive The Montecito Award. From the minute she stepped onto the red carpet, shouts of “Oprah, Oprah, Oprah” resounded across The Arlington Theatre, which was sold out and packed to capacity.

Winfrey considers herself “a hometown girl,” since she lives minutes away from Santa Barbara in nearby Montecito on 42 acres. She exclaimed, “This is my kind of city!” She was gracious and friendly to everyone, laughing and dancing around.

Even SBIFF Executive Director Roger Durling was overwhelmed, proclaiming, “In my 11 years, this is definitely one of the most exciting evenings ever,” as Ms. Winfrey received a standing ovation. LA Times Columnist John Horn conducted the evening, introducing clips of Ms. Winfrey’s “body of work” — three quality films in 13 years. In the montage of film clips, the highlight was Lee Daniels’ “The Butler.” Winfrey earned an Academy Award nomination for Best Supporting Actress for her role as the wife of the White House butler, played by Forest Whitaker, who previously received the Kirk Douglas Award from the SBIFF.

She also told of her obsession with the book “The Color Purple.” Her prayers to play the role in the 1985 movie, which came true, changed her life and garnered her an Academy Award nomination for Best Supporting Actress.

There is so much going on at the SBIFF, including the traditional panels — Producers, Women’s Panel, Writers, Directors and Technology. Seminars are open to the public, with topics covering Social Justice, Women of Color, Screen Cuisine and Breaking into the Industry.

Student filmmakers are busy putting together their own films in ten days with ten crews, and Mike’s Field Trip to the Movies brings Santa Barbara elementary school students to see “Frozen,” with a Q & A about filmmaking. Free family films are another popular aspect of the SBIFF, and the newly added Super Silent Sunday, silent films at The Arlington Theatre, feature live accompaniment.

Look for my story this week about the medley of must-see films, tributes to Robert Redford, Martin Scorsese, Leonardo Dicaprio, and Bruce Dern, and the dramatic closing night film — Julie Delpy, Ethan Hawke and Richard Linklater’s film, “Before Midnight.”