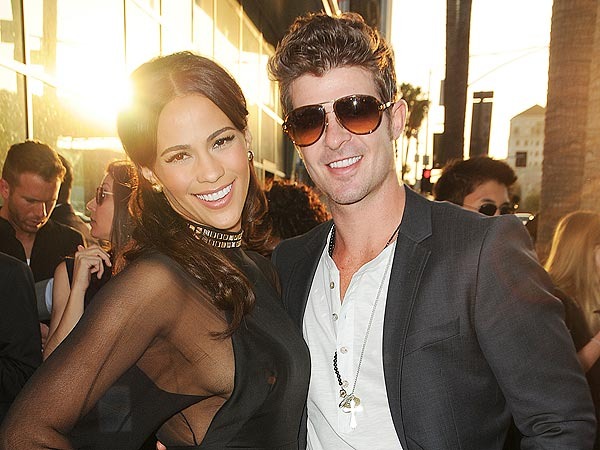 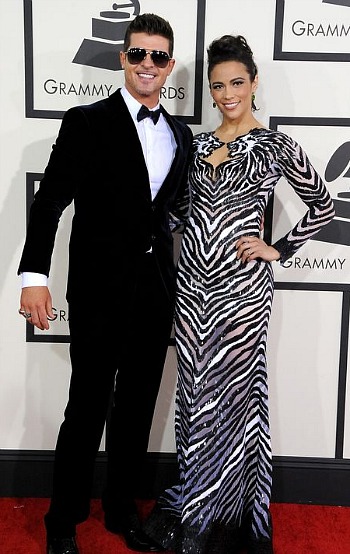 Hmm … I wonder if we should blame Miley Cyrus for this. Then again, both Robin Thicke and his wife Paula Patton SAID they were fine with his scandalous “Blurred Line” performance with Cyrus at last year’s MTV Video Music Awards. Right?

Anyway, it’s over between Robin Thicke and Paula Patton. They announced their split today after eight years of marriage.

“We will always love each other and be best friends, however, we have mutually decided to separate at this time,” the “Blurred Lines” singer and the “Baggage Claim” actress told People today.

Last July, Thicke told USA Today, “Some of our individual goals still haven’t been realized … But we have a healthy child. We’re madly, crazily in love. That’s where I was at, and I wanted to celebrate it. Life is pretty good, you know?”

Life probably isn’t so good right now, but they’ll move on, like so many other celebrity couples who’ve entered that familiar place called Splitsville.