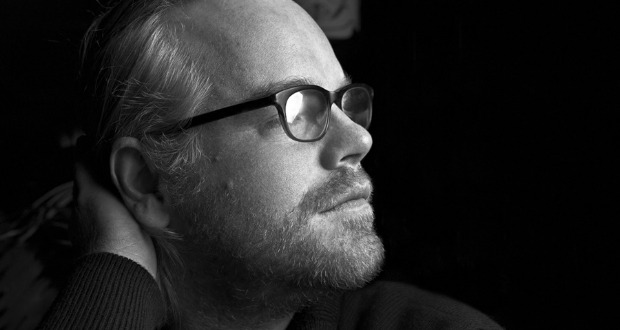 I’m among the many people mourning Philip Seymour Hoffman, who left us today at the tender age of 46. He was found dead in his West Village, NYC apartment of what appears to be a drug overdose.

AP published an official obituary late in the day (which I read on Salon.com) that had the audacity to call him “tubby” and “lumpy.” They even called his hair “limp.” Excuse me?

I can think of many adjectives to describe Mr. Hoffman, but a derogatory and superficial description of his physicality is not what immediately comes to mind. Besides insensitive and insulting, it’s just lazy.

On Hoffman’s IMDB page, it quotes him as follows: “A lot of people describe me as chubby, which seems so easy, so first-choice. Or stocky. Fair-skinned. Tow-headed. There are so many other choices. How about dense? I mean, I’m a thick kind of guy. But I’m never described in attractive ways. I’m waiting for somebody to say I’m at least cute. But nobody has.”

I cannot verify that he actually said this, but it’s a testament to how much we focus on physical appearance. To me (since I did not know the man personally), what is meaningful about Hoffman is not whether he was heavy or skinny or tan or blonde or fair-skinned or bearded or “tow-headed.”

What is meaningful is that he was among the most talented actors of his generation.

He was not just a chameleon, but an actor who was so committed and so present in his work that you couldn’t take your eyes off of him regardless of the part he played – from the gregarious tornado-chaser in “Twister” to the delicate transgender character in “Flawless” to the rock ‘n roll aficionado in “Pirate Radio” to the defeated Willy Loman in “Death of a Salesman” … and countless other roles.

Those of us who didn’t know him feel the loss because we will no longer be graced by that talent. We won’t see the many more colors he might have brought to the screen or the stage. And none of that – none of it – has anything to do with how much he weighed.

My heart goes out to his family, especially his children, and his friends, who are feeling the greatest loss of all today. I also hope that we can find a better, more effective way to treat addiction so that we don’t lose so many precious people to substance abuse.