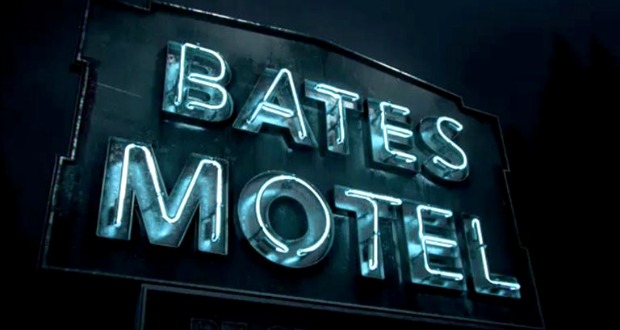 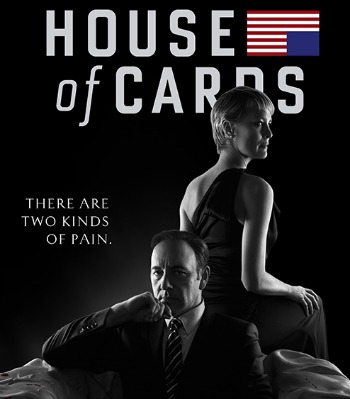 Hey, “House of Cards” fans. Guess what day it is! It’s Season 2 On Netflix Day, that’s what.

In the second season, Francis (Kevin Spacey) and Claire (Robin Wright) Underwood continue their ruthless rise to power as threats mount on all fronts. Zoe Barnes (Kate Mara, “American Horror Story”), an up-and-coming reporter and Francis’s former paramour, is inching closer to the truth about his crimes.

President Walker’s (Michel Gill, “The Good Wife”) billionaire confidante Raymond Tusk (Gerald McRaney, “Southland”) demands that Francis reciprocate political favors or face retribution. And Claire must confront the increasing glare of the spotlight as it eats away at her and Francis’s once private existence.

Check out the “House of Cards” trailer, and below that, other new stuff on Netflix, including “Bates Motel,” “Blue is the Warmest Color” and lots more.

Avail 2/1
Failure to Launch (2006)
Matthew McConaughey, Sarah Jessica Parker, Zooey Deschanel, Justin Bartha, Bradley Cooper
In a desperate attempt to push their thirtysomething son Tripp out of the nest, a frustrated mother and father hire a beautiful “relationship consultant” with a patented plan to move him out of the house.

Flashdance (1983)
Jennifer Beals, Michael Nouri, Lilia Skala, Sunny Johnson, Kyle T. Heffner, Lee Ving
Alex works as a welder by day and a stripper by night, but she dreams of training at the local conservatory and becoming a professional dancer. Meanwhile, she navigates a romance with her boss at the steelyard.

Harold and Maude (1971)
Ruth Gordon, Bud Cort, Vivian Pickles, Cyril Cusack, Charles Tyner, Ellen Geer, Eric Christmas
Hounded by his mother to get out and date, death-obsessed teen Harold would rather attend funerals. But when he meets the feisty Maude, a geriatric widow who’s high on life, they form a bond that turns into an unconventional romance.

The Fabulous Ice Age (2014)
“The Fabulous Ice Age” chronicles the era of the great American touring iceshows revealing how, with their dazzling production numbers and variety acts, they dominate family entertainment for decades. It also depicts one skater’s quest to keep this history from being forgotten. The ice shows’ creation and success changed the lives of skaters and audiences alike – eventually exporting American culture around the world. Rare archival footage, candid interviews with producers, skating legends and devoted chorus gypsies bring this never-before-told history of a uniquely American art form to life.

Avail 2/6
30 for 30: The Price of Gold (2014)
“The Price of Gold” takes a fresh look at the scandal surrounding figure skater Tonya Harding’s involvement with the attack on competitor Nancy Kerrigan prior to the 1994 Winter Olympics in Lillehammer.

Avail 2/21
Jesus Camp (2006)
Operated by pastor Becky Fisher, the Kids On Fire School of Ministry aims to indoctrinate children into a Christian movement that blends political activism with religion. This documentary follows three kids at the controversial summer camp.

Avail 2/24
Tyler Perry’s Temptation: Confessions of a Marriage Counselor (2013)
Jurnee Smollett, Lance Gross, Kim Kardashian, Vanessa Williams, Robbie Jones, Renée Taylor
Trouble arises when a marriage counselor’s public and private lives clash when she gets involved with one of her clients, despite being married herself. The initial thrill of the affair soon gives way to deep regret.

Avail 2/25
Blue Is the Warmest Color (2013)
Léa Seydoux, Adèle Exarchopoulos, Salim Kechiouche, Mona Walravens, Jérémie Laheurte
Determined to fall in love, 15-year-old Adele is focused on boys. But it’s a blue-haired girl she meets on the street who really piques her interest. Soon, Adele is exploring her desire for girls as she negotiates her way to becoming a woman.