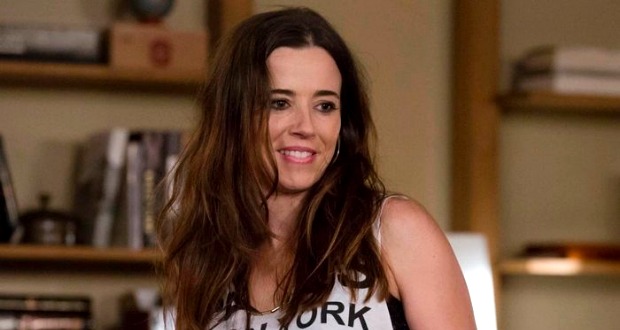 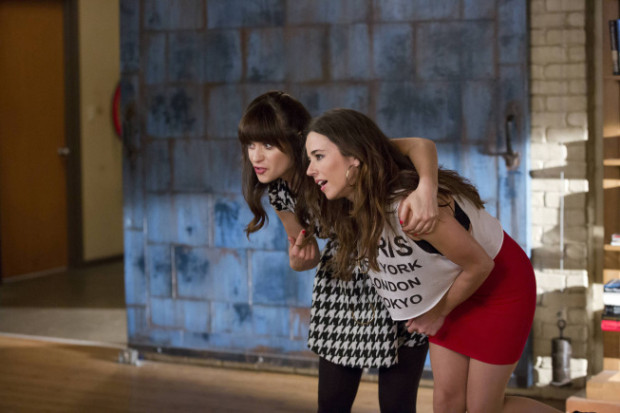 In the aftermath of the post-Super Bowl “Prince/Party Time” episode, it looks like efforts are being made to bring the funny back to “New Girl.” In their latest effort, they have decided to introduce a new character, Jess’ sister, Abby (played by Linda Cardellini), a party girl who is the opposite of everything Jess is.

When Abby lands herself in jail in San Diego, their mom (played by Jamie Lee Curtis) calls up Jess to beg her to bail Abby out and put her on a plane back to Portland. Reluctant as she is, Jess is the good daughter and drives down to San Diego to bail out her sister and return back to Los Angeles in record time (easily four hours round trip with mild traffic, but likely five or six hours). I presume this took place on a Saturday and Jess didn’t have to go to work.

Embarrassed by her sis, Jess takes extraordinary measures so that Nick doesn’t meet her. Nick, in turn, misinterprets this as Jess being so ashamed of him that she doesn’t want him to meet her sister.

Roll in Schmidt trying to crash a bar mitzvah so he can pick up the rabbi’s daughter, roping in Nick to be his wingman while Winston hosts a dinner party with his current lover, Bertie, where all courses are soups. The party turns 50 shades of awkward when one-time snog-fest couple Cece and Coach are the only ones who show at the party.

Did I miss an episode? Where did Jess get that gas-guzzling muscle car that she used to drive her sis to the airport?

Look for Cardellini to star in a multi-episode arc as Jess takes her in to help her back on her feet. I’m hoping Abby will put the group into some awkward situations where hilarity will ensue, but so far it has not.

And what happened to my Schmidt-icisms? We haven’t heard any all season!