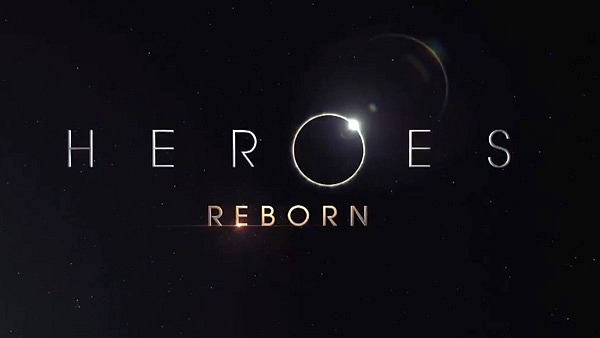 Not that long ago, I reviewed/recapped every episode of Heroes. The first season was amazing, possibly even groundbreaking. The second season – still pretty good, but circling the shark tank. The third season created more confusion than viable storylines, and then it pretty much went downhill after that.

The show was eventually cancelled after the fourth season, and let’s be honest – at that point it was more of a mercy killing than anything else. Still, it launched the careers of Zachary Quinto and Hayden Panettiere, revived Jack Coleman’s (I still liked him from his “Dynasty” days), brought Adrian Pasdar and Milo Ventimiglia into the limelight they deserved, and made Masi Oka adored worldwide.

Many, if not all, of the storylines were left dangling after the show’s cancellation, but by then not many cared.

So it’s surprising that NBC has decided to bring “Heroes” back in a new 13-episode arc called “Heroes Reborn,” slated to air in 2015. Is Hollywood now so devoid of original ideas that we must keep regurgitating old ones? The show has only been gone a few years and they’re reviving it?

I guess studios are looking back at the shows that were successful (or even mildly successful) and “Heroes” is one of them. ABC did it with “Cupid” (the original series with Jeremy Piven proved much better than its reincarnation). Fox is doing it with “24” (but this is a surefire win, because who’s not going to watch that?!). At least CBS went back a couple decades with “Hawaii 5-0.”

Even so, I’m hoping this reincarnation of the show mimics the excitement and ingenuity of the first couple of seasons instead of the latter two.

While no cast has been announced, it’s safe to assume most of the original cast will not return (not as regulars, anyway). Quinto has a thriving film career, Panettiere has parlayed her ‘bitchy cheerleader with an attitude’ into a ‘bitchy country singer with an attitude’ on ABC’s “Nashville.” Oka is a regular on “Hawaii 5-0.” Sendhil Ramamurthy (“Mohinder” on “Heroes”) is now a regular on The CW’s “Beauty and the Beast.”

I would like to see Jack Coleman come back as Noah Bennett (aka HRG or “Horn Rimmed Glasses”). He was my favorite character, by far, and was the central character in my most favorite “Heroes” episode, “Company Man“.

But if we’re going back into the libraries of shows past to create new programming for the future, then I’ve got two words for Fox executives: RELIGHT FIREFLY.