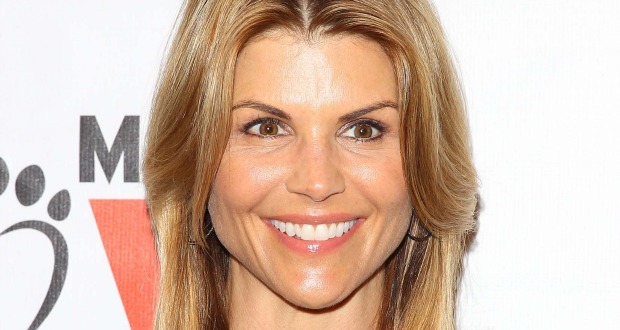 Lori Loughlin, who is perhaps best known for her work on the beloved sitcom, “Full House,” is now starring as Abigail Stanton in a new Hallmark Channel series called “When Calls the Heart.” Based on the novels by author Janette Oke and set in a 1910 coal mining community, the show airs on Saturdays at 9 p.m.

It’s the rare kind of show that can be enjoyed by tweens, teens, and adults in equal measure. It premiered on January 11, 2014, but you can catch up on episodes you’ve missed on iTunes. Visit the Hallmark Channel’s website for a link.

I participated in a conference call with Lori, during which she spoke to journalists about her work on the show. Below are some of the highlights.

On what she would miss most if she were actually living in 1910:

I really would miss my washer and dryer. And my dishwasher. We had to do a scene where we were washing the clothing, and Michael Landon, Jr. was directing that episode. He really had me scrubbing. He’s like, “No, you have to scrub like they did years ago!” And my hands were raw by the end of the afternoon.

On what she’s learned as a result of doing a period piece:

I think what I’ve learned and what I think I’ve always known is that in life, we need other people. It’s hard to go it alone. It takes a village, and you need a support system. And what I love about “When Calls the Heart” is even though it’s set in 1910, it feels contemporary to me in the sense that these women really need each other, and they rely on each other. And together, they forge ahead, and they triumph.

And I think that’s really indicative of society today…. It’s interesting because I see we can be so isolated nowadays because of the computer and the phone. You see everyone looking down at their phone. But I do think that we really do need each other. I know for me in my life with my friends, they’re very important to me. When times get tough, of course I rely on my husband, but I really do rely on my girlfriends. And that’s what I like about “When Calls the Heart.” It’s these women in this community that are coming together to make a better life for themselves and for their kids.

On what is in store for her character in the remainder of the season:

I think there, towards the end of the season, there is potential for a love interest for Abigail…. For me, what I like about Abigail is she is now on her own, and she has to be independent. She doesn’t have a man to rely on, and I really like that.

And she does open her own business halfway through the season to take care of herself and support herself, and she definitely goes up against the character of Gowen, Martin Cummins’ character, who is the guy that runs the company that, for lack of a better word, owns the town…. She definitely stands up to him when nobody else in the town will do that. She’s afraid but not enough where she won’t stand up for what she believes in.

On working with Hallmark:

They are really some of the nicest people I’ve ever had the pleasure of working with, and they’re very much in contact with you.… I’m able to call Bill Abbott, the President of Hallmark, at the drop of a hat, and he picks up the phone. He gives me his cell phone number. I have his direct e-mail. I have access to all of the executives at Hallmark in a very different way, and I have a relationship that feels more like a family than I’ve ever had before.

On the collaborative nature of the show:

They do take our suggestions. And even I don’t know if we’ll get to a second season, but I have a story that I’ve already pitched to one of the writers for my character next season that they really like.

On whether she thought she’d have a 40+-year career (her first role was at the age of 7):

Wow, you know, I tend to live my life one day at a time. But I really am very blessed and thankful that I’ve been able to work all these years. I know that I am fortunate, and I am among a small percentage. For me, I feel like I wasn’t trained to do anything else. I feel like I had nothing else to fall back on, so I had to make it work for myself. And thankfully, I’ve been able to.

On the longevity of “Full House”:

It’s very touching that the show has really stood the test of time. It’s been so many years since we were in actual production, and yet, last night, I flipped the TV on, and there we all were. And they have marathons, you know, one after the other….

I’m proud of that show. It really served a purpose, and it’s a feel-good show. It makes people happy. And as far as the reunions, I would love to be a part of whatever. If the cast is getting together and it’s a good script, I’m up for anything. I love all those people.