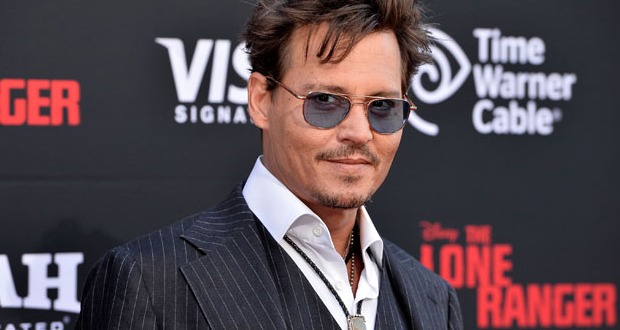 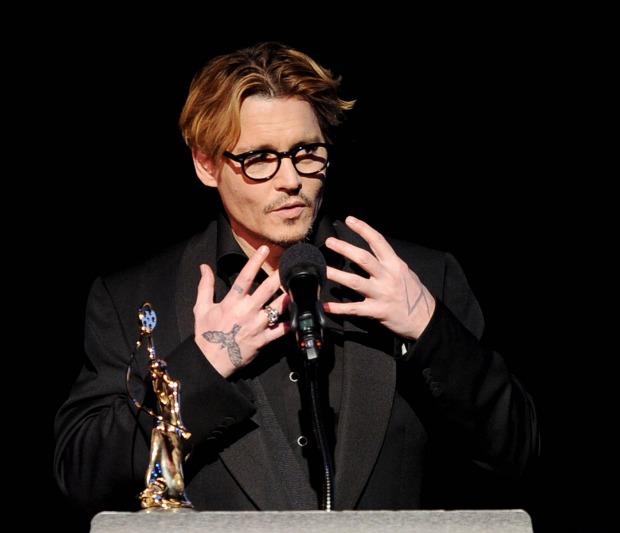 Even in an awards season where every group seems to present trophies in every category of filmmaking, the Make-Up Artists and Hair Stylists Guild Awards stand out.

The group gave Johnny Depp – who showed up to receive his award – their inaugural Distinguished Artisan Award Saturday night at a black-tie ceremony at the Paramount Studios Theater in L.A.

Also announced were winners of its Make-Up Artists and Hair Stylists awards in 14 categories of film, television, commercials and live theater.

Johnny Depp received his prize from Oscar-Winning Make-Up Artist Joel Harlow, who is currently nominated for an Academy Award for his weird and wacky hair and make-up creations for “The Lone Ranger,” and he also worked on creating Depp’s transformational Keith Richards’ look in “The Pirates of the Caribbean” franchise.

Depp’s face has now been encased and lacquered in so many movie roles like “Edward Scissorhands,” “The Lone Ranger,” “Alice in Wonderland” and “Charlie and the Chocolate Factory,” that’s it’s almost a shock to see how beautiful his face still is without all the disguises.

I was happy to see that Kathrine Gordon and Michelle Johnson, responsible for one of the biggest coif achievements this season for “American Hustle,” were honored with the best period and/or character hair styling award.

The opening scene of the David O. Russell comedy-drama, where Christian Bale’s character glues a hair piece to his scalp that looks like a small squirrel, and which gives the illusion of hair, becomes a metaphor for all the fraud and deception that will later be perpetrated by the key characters.

WINNERS FOR THE MAKE-UP ARTISTS AND HAIR STYLISTS GUILD AWARDS:

The Make-Up Artists and Hair Stylists Guild (IATSE, Local 706) was chartered in November 1937. Today, membership includes over 1,800 artisans in the entertainment industry worldwide. Local 706 members are make-up artists and hair stylists who have created the looks for Hollywood’s most memorable characters and stars of stage, screen, television and now the Internet.