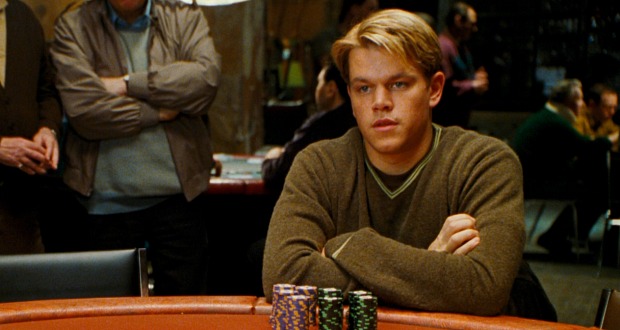 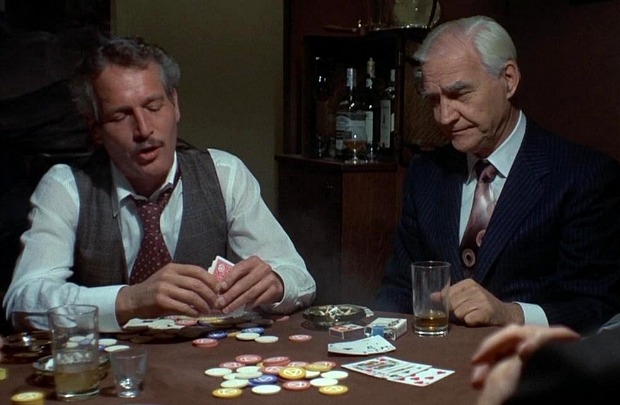 Lots of movies feature poker scenes, but just how many of them are truly accurate? Anyone who plays poker knows that in real life, it’s a very subtle game. In fact, it’s downright boring. If you’ve got insomnia and need to get back to sleep, just surf around and find one of those late-night poker tournaments. It’ll knock you right out.

A certain dramatic element is necessary to make a movie exciting, which is why in the movies, you’ll get poker scenes featuring a royal flush beating a full house. In real life? It’s usually a pair of Jacks beating a pair of nines.

Naturally, the best poker scenes are about the characters, not the cards. In the movies, the most skillful poker players elicit a power that either fulfills dreams or shrivels souls.

Here are four poker scenes that are popular among real poker players.

1. The Sting. Released in 1973, “The Sting” in one of the all time classic heist movies. The story concerns an elaborate hoax in which two con men, played by Robert Redford and Paul Newman, pull off a sting against a mobster played by Robert Shaw. In the poker scene, Paul Newman and Robert Shaw are cheating their way through a high stakes poker game on a train — and making it look ultra cool.

2. The Cincinnati Kid. This might not be the most realistic poker game in the movies, but it’s certainly one of the most gripping. Partly because there’s a lot going on aside from the game in this 1965 film directed by Norman Jewison. The final hand between The Kid (Steve McQueen) and Lancey Howard (Edward G. Robinson) includes lots of mistakes, but it’s also quite entertaining.

3. California Split. If you’ve ever wondered what poker grinders are really like as people, watch the opening of 1974’s “California Split,” one of Robert Altman’s lesser known films. It’s all about the people who play the game, rather than the game itself. Of course, there’s plenty of poker to enjoy, as well.

4. Rounders. The best poker scene in this 1998 film directed by John Dahl is the final hand between John Malkovich and Matt Damon. It’s enough to have elevated this film to cult status among real-life poker players.