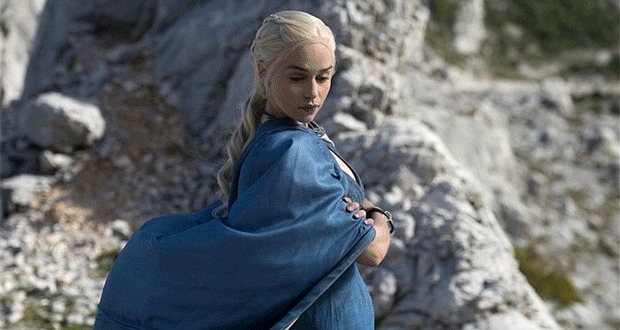 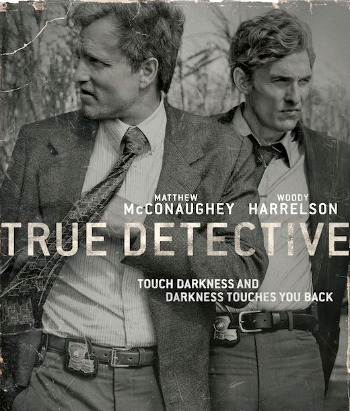 What’s on TV tonight? More Olympics, The Walking Dead, True Detective, Downton Abbey, a Game of Thrones update, and a look back at “The Beatles: The Night That Changed America.” Here’s the rundown.

Beachfront Bargain Hunt | HGTV
A Lousiana Family Hunts Down a Beachfront Bargain
A couple are through with renting and want to purchase their own vacation home in Perdido Key, Fla., where they receive a real-estate agent’s help finding the best deal for $275,000.

Liv & Maddie | DISNEY
Move-A-Rooney
The kids mistakenly believe that they are moving.

The Real Housewives of Atlanta | BRAVO
Peaches Divided
An explosive couples night continues with Apollo facing off against Kenya’s friend and Kandi pouncing on a couple. The next day, everyone reflects on the fiery dramas, with each remembering different accounts of what happened. The ladies try to mend differences at a spa gathering, yet the fuming resumes.

Beachfront Bargain Hunt | HGTV
A Couples Search for a Boater’s Paradise
Easy water access is top on the wish list for a pair of boating enthusiasts looking for a vacation home that costs less than $350,000 in the community of Port Charlotte, Fla.

Game of Thrones: Ice and Fire: A Foreshadowing | HBOe | starts at: 8:45
A “Game of Thrones” update includes interviews with the cast and crew; and clips from the series’ fourth season, which begins April 6.

I Didn’t Do It | DISNEY
The New Guy
The five pals befriend a new guy at school and then regret doing it.

Blood, Sweat & Heels | BRAVO
Detox, Dear, Detox
Longstanding friendships are tested when Mica has a meltdown in the Hamptons. In the Big Apple, Melyssa cashes in on her video-vixen past to make ends meet.

Chopped | FOOD
All-Burger Meal!
Hamburgers must be made in every round, starting with veal burgers for appetizers. Later, entrée baskets include quail eggs; and the chefs get their creative juices flowing for dessert.

Keeping Up With the Kardashians | E!
A Surprise Engagement Part 1
Part 1 of 2. The family learn about a surprise Kanye West is planning for Kim’s birthday; Kris is in full panic mode over Kim’s house (or lack there of) situation; and Kourtney and Khloé decide it’s time to exact some revenge on a judgmental Kim.

Shameless | SHOe
There’s the Rub
Fiona’s series of bad decisions involving Robbie finally boil over. Meanwhile, Frank and Sammi pursue a cure for Frank’s liver trouble and try to catch up on missed father-daughter time; and Lip gets a surprise visit at college from Army investigators.

Sister Wives | TLC
Tragedy in the Family
Another family tragedy, the second in two months, interrupts the Browns’ efforts to plan a party for their commitment celebration.

The Walking Dead | AMC
After
Rick deals with old wounds while members of the prison try accept their new environment .

True Detective | HBOe
Who Goes There
A series of dangerous leads are followed by Hart and Cohle to find prime suspect Eddie Ledoux.

#RichKids of Beverly Hills | E!
#yachtlife
Roxy and Dorothy bring up drama from the past while in Cabo, Mexico, for Morgan and Brendan’s anniversary.

90 Day Fiancé | TLC
90 Days Isn’t Enough
Paola goes to a tailgate bash with Russ; Mike’s mom confronts Aziza at her bachelorette party; Aya is upset when Louis cuts corners on their wedding; Kirlyam’s big opportunity is a cause of concern for Alan.

Cutthroat Kitchen | FOOD
Melts in Your Pot, Not in Your Hand
Chefs are thrown culinary curveballs when making potato skins and pad Thai. Also: A surprise party in the kitchen requires a gift and a cake.

Girls | HBOe
Free Snacks
Hannah writes advertorials for GQ magazine, but feels stifled in a corporate environment. Meanwhile, Shoshanna wonders if she did the right thing by breaking up with Ray, who has a contentious lunch with Marnie.

House of Lies | SHOe
Soldiers
Marty and Jeannie launch a duplicitous plan to remove Lukas from DollaHyde; Dre and Marty bond on a personal level; Clyde woos a big client; Doug deals with his feelings about having a baby with Sarah.

The Curse of Oak Island | HIST
The Find
Rick and Marty make a major discovery.

Episodes | SHOe
The future of “Pucks!” is in jeopardy as the network hosts its annual party for the press. Meanwhile, Sean and Beverly visit a sex therapist; and Merc Lapidus steals all of his blind ex-wife’s artwork, but Matt comes to her rescue.

Looking | HBOe
Looking for $220/Hour
Dom asks Lynn to lunch, but isn’t sure if it’s for business or pleasure; Patrick and Kevin’s outing is interrupted by a call from the latter’s boyfriend; Agustín considers hiring help for an art project.