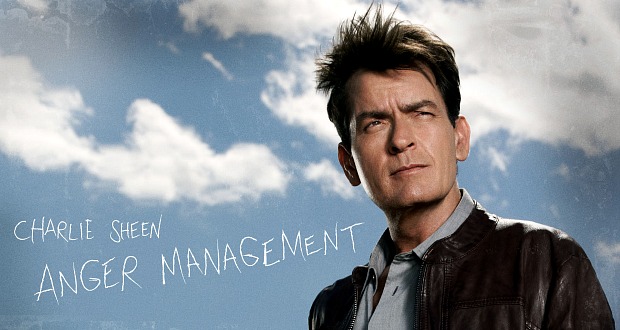 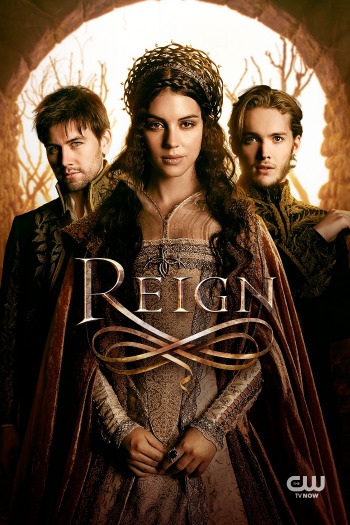 What’s on TV tonight? Reign, The Crazy Ones, Anger Management and more. Also, the Olympics coverage on NBC. Here’s the rundown.

American Idol | FOX
Hollywood Round, Week #1
The Hollywood round begins at the Dolby Theatre in Los Angeles, featuring solo and group performances by vocalists who passed the first rounds of auditions.

Here Comes Honey Boo Boo: WatchNTweet | TLC
Get a Job
In an enhanced episode, June offers to buy a pool after Alana and Pumpkin dig a hole in the yard, but only if they earn money for it; and Jessica’s date with her boyfriend is chaperoned by the whole family.

The Big Bang Theory | CBS
The Locomotive Manipulation
Amy has amour on her mind when she talks Sheldon into a romantic Valentine’s Day getaway to Napa Valley wine country. Back at home, Leonard and Penny make an emergency visit to the vet with Raj’s dog.

The Taste | ABC
The Sweetest Thing
The eight remaining competitors are challenged to create desserts.

The This Old House Hour | PBS
Arlington Italianate Project 2014: Additional Details
The new kitchen windows are examined; vertical beaded siding is installed; 150-year-old corbels are replicated; and connecting cast iron waste pipes with a lead and oakum joint is demonstrated. In the second half: a rotted porch post is repaired; and high indoor humidity is reduced.

The Vampire Diaries | CW
Total Eclipse of the Heart
Caroline convinces Elena and Bonnie to attend Whitmore College’s Bitter Ball for broken-hearted students; and Bonnie meets a fellow student who appears to be dabbling in witchcraft. Meanwhile, Tyler worries about Matt’s relationship with Nadia; and Damon and Enzo resort to violence to convince Bonnie and Jeremy to help them get revenge, but their plan takes a horrifying turn.

Here Comes Honey Boo Boo: WatchNTweet | TLC
Funk Shway
In an enhanced episode, the family consider moving when their house starts to feel small, so June puts together a wish list of what they want. Also: A trip to a blueberry festival includes Alana’s participation in a pie-eating contest.

The Millers | CBS | starts at: 8:31
Carol’s Surprise
Nathan tries to surprise Carol on her birthday.

Chopped Canada | FOOD
Just Desserts
The chefs are given sweets, including candy, snack cakes and graham crackers, which they have to combine with fish, duck and relish.

Impact Wrestling | SPIKE
MVP speaks for the first time since coming to TNA. Also: Eric Young vs. Abyss in a Monster’s Ball Match.

Project Runway: Under the Gunn | LIFE
Unconventional Vampire
Inspired by a vampire world, the designers use unconventional materials to create a mysterious look.

Rake | FOX
Cancer
A mom commits insurance fraud to fuel her gambling addiction by saying her son has cancer, so Keegan searches for an approach to appeal to the jury’s emotions. Meanwhile, Keegan breaks his promise to Finn to have skateboarder Tony Hawk come to his school for an auction; and an unexpected competitor takes Keegan’s poker winnings.

Reign | CW
Inquisition
Henry claims Catherine has committed treason and adultery, so she attempts to save herself by shedding light on a dark part of Bash’s past, and Bash and Mary then try to even the score. Meanwhile, Nostradamus discloses the truth about the castle’s ghost.

The Crazy Ones | CBS | starts at: 9:01
Dead and Improved
Simon must deliver a eulogy for a jingle writer whom many people detested.

Here Comes Honey Boo Boo | TLC
Stand Peein’ Up
Sugar Bear’s idea for camping is met with resistance from the girls, especially when their electronic devices are taken away.

Two and a Half Men | CBS | starts at: 9:31
Three Fingers of Crème de Menthe
Lyndsey breaks up with Larry, but doesn’t tell Alan; Walden tries to make himself a role model for other men.

Elementary | CBS | starts at: 10:01
Corpse de Ballet
Holmes puts the focus on a professional dance company when a rising ballerina is murdered. Meanwhile, Watson investigates the possible abduction of a homeless veteran.

House Hunters: Where Are They Now? | HGTV
The transformation of a hillside villa on the U.S. Virgin Island of St. John; the bargain renovation of a Craftsman-style bungalow in Houston; and a vacation home in Hartford, Conn., that blends nautical and barn-inspired decor.

King of the Nerds | TBS
To LARP or Not to LARP
Live-action role playing challenges the nerds, and one contestant’s antics begin splintering a team. The guest judges are Kevin Sorbo, Jon Heder and Yaya Han.

Mob Wives | VH1
Life Sentences
An anxious Alicia awaits Eddie’s sentencing outcome. Meanwhile, Renee meets with a lawyer; Natalie and Renee face one another, with explosive results; and Drita tries to bring everyone together at her house.

Toned Up | BRAVO | starts at: 10:01
Move Out or Move On
A busy Katrina and Karena lock up two important projects. Meanwhile, Karena searches for a new apartment; and emotions rise to the surface, leading to an epic conflict between the two women.

Welcome to Myrtle Manor | TLC
May the Horse Be With You
Marvin patrols on horseback when the park is plagued by a rash of pranks; Chelsey isn’t happy when Jared complains about her snoring in public; Amanda organizes a girls’ night out.

Toned Up | BRAVO | starts at: 10:31
Toned to Perfection
An unresolved fight hangs over the ladies as they oversee a magazine photo shoot in the Season 1 finale. Also: The duo finally have a crucial conversation about the future of their living arrangement and friendship.