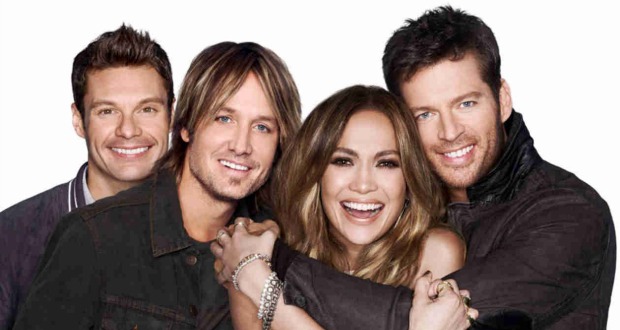 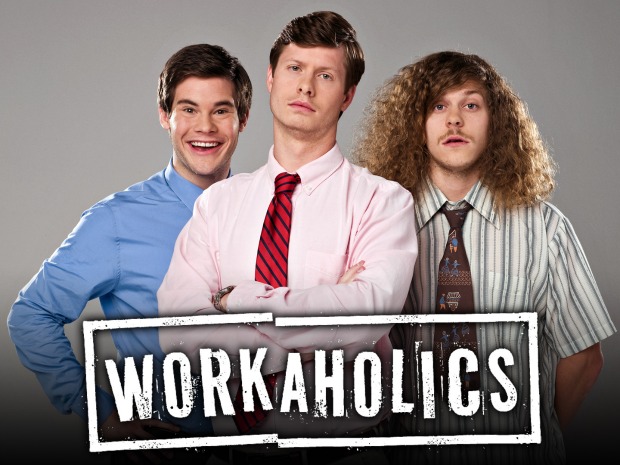 American Idol | FOX
Hollywood or Home
Singers who passed the initial auditions are subjected to a new “Hollywood or Home” round, in which they are given another chance to impress the judges or risk being eliminated.

Arrow | CW
Heir to the Demon
Dinah is kidnapped by Nyssa when she refuses to return to the League of Assassins; and Sara considers rejoining the league when she realizes she is putting her family in danger by staying in town. Meanwhile, Laurel continues to unravel.

Melissa & Joey | ABCFAM
Feel the Burn
Joe kicks Mel out of a fitness class she asked him to teach, and then he fights with a famous chef at a special eight-course dinner Mel won. Elsewhere, Lennox and Zander search for a buyer for their Web series.

P&G: How to Raise an Olympian | NBC

Restaurant: Impossible | FOOD
Mumbo Jumbo
The owners of Estrada’s Restaurant in San Francisco have $400,000 in debt and a lack of passion that’s evident in the flavorless food.

The Middle | ABC
Hungry Games
The Hecks plan to feast at a no-limit buffet, but they get stalled at church when a guest minister observes them quarreling and decides they need his counsel.

Baby Daddy | ABCFAM
Bonnie’s Unreal Estate
Riley must look after a client’s daughter, and the gal turns out to have a hidden rebellious side. Elsewhere, Bonnie’s real-estate career gets off to a bumpy start, and it goes from bad to worse thanks to Ben.

Suburgatory | ABC
The Birds and the Biederman
Awkward meetings in Chatswin for George and Dallas force them to divide the town to avoid seeing each other. Meanwhile, Tessa wonders why Lisa is hanging out with Ryan’s girlfriend; and Fred is worried that Sheila is ready to leave him.

Buy This Restaurant | FOOD
A Juicy New Business
A Texas couple who have been running a juice food truck want to bring their concept to a brick-and-mortar restaurant.

Buying and Selling | HGTV
Saira & Jesse
Beautiful views but drab interiors best describes the starter home of a couple determined to sell it for top dollar in order to purchase a bigger property that’s more suited to the needs of their growing family and that can accommodate a daycare and a lawn-care business.

Criminal Minds | CBS
200
When J.J. is kidnapped, the BAU delves into her time at the State Department to find clues to her disappearance and uncovers a secret mission that now puts her life in danger. The team also turns to Prentiss for help in finding her.

Ghost Hunters | Syfy
Don’t Forget About Us
The TAPS team go underground during a trip to Octagon Hall in Franklin, Ky., to investigate secret tunnels, which were allegedly used to hide Confederate soldiers during the Civil War.

Hoarding: Buried Alive | TLC
Running Out of Time
A man who’s lost his home has 30 days to remove the clutter from it or he’ll lose everything inside—including his two children.

Law & Order: Special Victims Unit | NBC
Wednesday’s Child
Police look for a missing boy who needs insulin, and soon he’s seen with a criminal duo who have a history of child endangerment and pornography. Meanwhile, Benson’s professional trajectory goes off course because of a personal matter.

Modern Family | ABC
iSpy
Claire and Phil spy on Luke and Manny when they’re spending time with a suspicious friend. Meanwhile, Gloria thinks Jay had a dream about another woman, but he wonders if she’s mad about something else he did; Cameron uses Mitchell as an excuse to get out of going to a party; and Haley doesn’t want her family to know about her photography exhibit.

Nova | PBS
Roman Catacomb Mystery
An investigation of a mass grave found in the catacombs beneath the streets of Rome sheds insight into ancient Romans’ daily lives and health. Included: who the buried people may have been; why so many were interred in one place; and what killed them.

Psych | USA
Cog Blocked
Gus falls for a sexy private eye while investigating a man whose life mirrors his own.

The Tomorrow People | CW
Things Fall Apart
Stephen gets upset with Jedikiah for going back on his word, leaving Stephen to face the Founder. Meanwhile, John and Cara clash, forcing Cara to issue a harsh punishment; and Stephen learns a surprising secret about his mother.

Super Fun Night | ABC | starts at: 9:31
Cookie Prom
Kimmie gets advice from a bigwig (Bob Saget) at the law firm.

Chicago PD | NBC | starts at: 10:01
Thirty Balloons
The Intelligence Unit discovers a dangerous drug-smuggling operation. Meanwhile, Atwater and Burgess receive a new patrol car; Lindsay tries to keep Justin out of trouble; and Olinsky and Ruzek go on a stakeout together.

Duck Dynasty | A&E
Burger Commander
Willie and Jase face off in a cooking contest; Phil and Jep bond in an unlikely place.

Fleming: The Man Who Would Be Bond | BBC
Fleming persuades Godfrey to send him to France to oversee the destruction of secret files at one of their bureaus, but unexpected obstacles arise that lead to dangerous consequences.

House Hunters: Where Are They Now? | HGTV
The $1 million renovation of a Chicago condo by an Internet entrepreneur; the transformation of a “builder beige” home in Oklahoma; and a do-it-yourself remodel in Kansas.

Men at Work | TBS
I Take Thee, Gibbs
Jealousy is stirred in Milo when he begins dating a woman with a “same-sex ex.” Meanwhile, Gibbs takes a “fake” marriage too seriously, and Tyler tries to impress Myron with Neal’s help. Emmanuelle Chriqui and Ryan Phillippe guest star.

Nashville | ABC
Too Far Gone
A successful producer likes Juliette’s new song and invites her to Los Angeles to record for him. Elsewhere, Rayna puts her emotions aside and adopts a take-charge attitude; and a lonely Scarlett opens up to Liam.

Super Skyscrapers | PBS
One World Trade Center
Skyscrapers that are pushing the limits of engineering, technology and design are featured in this four-part series, which opens with a look at One World Trade Center, the tallest building in the western hemisphere. Included: the final year of exterior construction, which culminates with the milestone of reaching the symbolic height of 1776 feet.

The Exes | TVLAND
Nun Like It Hot
Phil sleeps with a nun by accident, but tries to keep Nicki from finding out; Haskell and Eden have their hands full taking care of Holly after she’s injured.

Top Chef | BRAVO
Finale
In the Season 11 finale, the remaining two chefs open pop-up restaurants, after which the winner is crowned.

Workaholics | COMEDY
Snackers
An office election is held to determine who’s in charge of the break room snacks.

Broad City | COMEDY
Working Girls
Ilana works as a temp to make extra cash; Abbi promises a neighbor she’ll wait for his package, but misses its delivery, so she goes to extremes to recover it.

House Hunters International | HGTV
Head Over High Heels for a Home in Andorra
A Latina recording artist searches for her dream home in the Pyrenees mountain region of Andorra.

Kirstie | TVLAND
When They Met
Maddie is furious with Frank when he admits he doesn’t think she’ll get a Tony nomination, but Thelma tries to remind her irate boss how much he means to her by recalling how they all met.