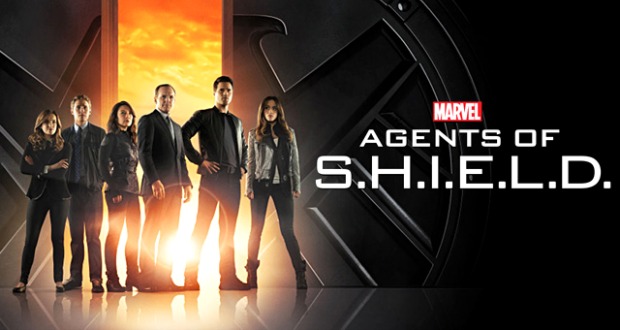 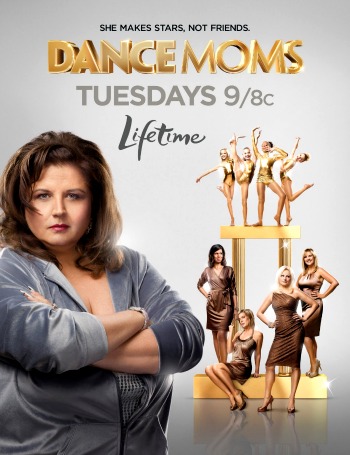 Dads | FOX
Warner’s Got It Made
Eli and Warner ask a real-life Mob boss to consult on a Mafia video game they are developing for Ghost Child.

Marvel’s Agents of S.H.I.E.L.D. | ABC
T.R.A.C.K.S.
A mysterious train proves dangerous for Agent Coulson and the team as they pursue the Clairvoyant.

Moonshiners: Outlaw Cuts | DSC
Aftershock
Mike turns to Darlene for help; Jeff and Mark look to cash in on one final run of the season.

NCIS | CBS
Monsters and Men
The murder of a Port Authority officer reveals Parsa’s possible whereabouts, as the team continue to search for the terrorist. Meanwhile, Bishop reveals her past association with the elusive terrorist.

Pretty Little Liars | ABCFAM
Hot for Teacher
Spencer struggles to sleep and Hanna worries about her as her behavior gets eccentric. Elsewhere, Emily tries to mend fences with Alison; and Aria’s many fibs begin to weigh on her.

The Originals | CW
Crescent City
Father Kieran encounters a witch from his past; Marcel and Rebekah fear that secrets they have kept hidden for nearly a century will be exposed; Hayley throws a party for her werewolf clan; Sophie is shocked by a discovery at the cemetery; Klaus takes drastic measures in the Cauldron that produce dangerous repercussions for everyone involved.

Counting Cars | HIST
Get Your Kicks
Danny teams up with Rick Dale (“American Restoration”) on an unusual project. Also: a Chevy inspired by the famed Route 66.

Dance Moms | LIFE
Clash of the Chloes
The moms are shocked when Abby brings in a new dancer for a trial run on the competition team. Meanwhile, Christi becomes concerned that Abby will replace her daughter with the new girl; and Melissa feels that her girls are being overshadowed.

Face Off | Syfy
Guitar Gods
The artists work in teams to create rockers who are literally at one with their electric guitars.

My 600-lb Life | TLC
Christina’s Story
A 22-year-old married woman in Mississippi hasn’t left her house in two years, but her family haven’t done her any favors by enabling her terrible eating habits.

NCIS: Los Angeles | CBS
War Cries
Two private military contractors are murdered and the team’s investigation leads to a suspect who puts one of their own in grave danger. Meanwhile, Sam arranges a blind date for Callen.

New Girl | FOX
Exes
Nick runs into his ex Caroline, and Jess encourages him to be friends with her by introducing him to one of her exes. Meanwhile, things go awry when Coach uses Schmidt’s loft to impress his date.

Property Virgins | HGTV
This Little Piggy Went to Market
Host Egypt Sherrod searches for a modest Savannah home that meets the needs and price range of a couple whose must-have list includes a backyard perfect for their pet pig.

Ravenswood | ABCFAM
My Haunted Heart
In the first-season finale, Hanna visits Caleb unexpectedly and he shares some info about Ravenswood with her. Meanwhile, Luke and Olivia uncover the truth about their dad; Dillon makes a bold move; and Remy vanishes.

Shahs of Sunset | BRAVO
Return to the Homeland, Part 2
Part 2. The group sets sail on a yachting voyage on the Mediterranean, but seasickness plagues GG and Reza. Meanwhile, a debate ensues over lunch; Asa plans a secret trip to the Iranian border; and MJ has an epiphany about her life.

Supernatural | CW
The Purge
Sam and Dean work undercover at a spa to investigate murders in which the victims were hundreds of pounds lighter after their deaths. All of the victims attended the spa for weight loss; and the brothers suspect that witches are to blame.

The Amish Shunned: American Experience | PBS
The Amish practice of shunning those who leave their faith is explored through the experiences of individuals who have left their communities. Also: faithful Amish men and women share the heartbreak they feel when a loved one leaves.

The Biggest Loser | NBC
The winner of the $250,000 prize is crowned in the Season 15 finale, and the eliminated players return to weigh in for the $100,000 at-home prize. The kid participants also show off their transformations.

The Goldbergs | ABC | starts at: 9:01
Muscles Mirsky
Erica and Beverly agree to trust one another after an incident involving a fake diary entry, but things go sour when Erica sneaks out to go to a college party. Elsewhere, Adam realizes his friendship with Emmy may be more complicated than he thought.

Brooklyn Nine-Nine | FOX
The Party
Capt. Holt celebrates his birthday by inviting the precinct officers to his home for a party, but the gang gets off on the wrong foot with his husband.

Property Virgins | HGTV
Just the Beginning
A couple who have been dating for one year decide to buy a starter home in a swanky Savannah neighborhood.

100 Days of Summer | BRAVO
Out of the Loop
Jay finalizes plans for his company’s launch party. Meanwhile, Pascale is alienated in the wake of a dustup with Jessica; Vince tries to patch up differences; and a family tragedy impacts Ray and Hamidah.

Cougar Town | TBS
Hard on Me
Andy organizes a 5km race to salvage his reputation as mayor after an embarrassing article runs in the local paper. Meanwhile, Jules asks her dad to get the cul-de-sac crew in shape for the event to relive his coaching days; and Grayson fulfills his dream of being in a commercial, but his role isn’t what he’d imagined.

House Hunters: Where Are They Now? | HGTV
Two men who updated a condo on the Hawaiian Island of Kauai; the results of an Atlanta couple’s do-it-yourself project; and a renovation in Oklahoma.

Justified | FX
Shot All to Hell
A mob revenge plot threatens to expose secrets from Raylan’s past. Meanwhile, Boyd suffers a crushing defeat.

Killer Women | ABC
The Siren
Molly hunts a serial killer who murders women. The victims are all individuals who remind the killer of her own abusive mother. Meanwhile, Molly introduces Dan to her family for the first time; and Becca makes plans for Hailee’s quinceañera.

Kim of Queens | LIFE
Karaoke Kid
Kim meets a tiny girl with a huge voice and enters her into a “Glam” pageant, but the girl and her mom are not on board with Kim’s over-the-top makeover. Meanwhile, singers Anslee and Lauren try to measure up to the huge talent of the new girl.

Moonshiners: Secrets of the Shine | DSC
The cast members look back at memorable moments from the past season.

Person of Interest | CBS | starts at: 10:01
Provenance
Reese returns to New York to rejoin Finch. Meanwhile, the Machine supplies the number of an antiquities thief, launching a turn of events that leads to the team planning an elaborate heist.

Teen Mom 2 | MTV
Keep Your Head Up
Jo and Kailyn argue about Isaac’s schedule; Jenelle moves in with her new boyfriend; and Leah learns that Ali will need to use a wheelchair.

House Hunters International | HGTV
Going the Distance to Bridge the Gap in Montevideo, Uruguay
A couple who have been in a long-distance relationship for six years make the move to Montevideo, Uruguay, where they search for an apartment that’s both modern and furnished, plus they want an outdoor space that’s private.

Kroll Show | COMEDY
Sponsored by Stamps
Ref Jeff finds a friend; 1980s rocker Nash Rickey hopes to get the band back together; the “Wheels Ontario” kids visit the U.S.