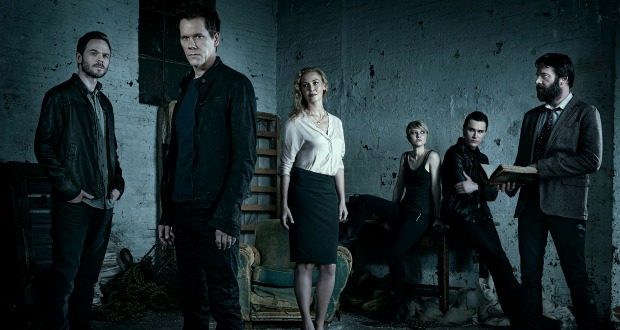 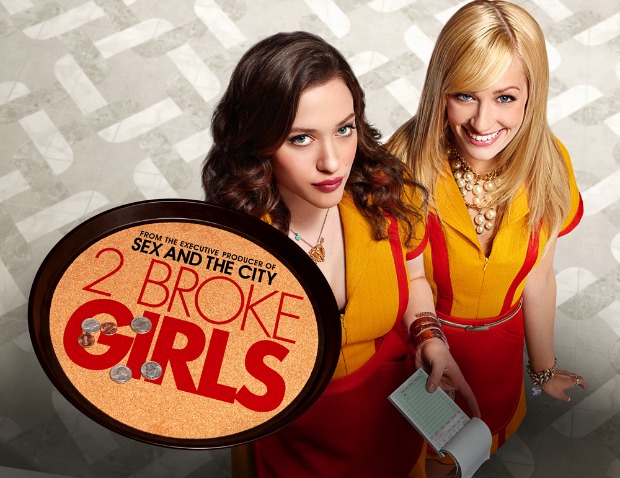 Almost Human | FOX
Unbound
An advanced DRN goes rogue after being rebuilt, but behaves more like a soldier than a cop, so Kennex and Dorian enlist a DRN creator to help track her down before more innocent lives are lost.

Bitten | Syfy
Grief
Elena and Clay deal with their growing sexual tension as they work together to figure out the who and why behind the plot to turn psychotic killers into werewolves.

Hart of Dixie | CW
Should’ve Been a Cowboy
Zoe and Joel buy a fixer-upper, and Brick agrees to help them make improvements if Zoe gets the townsfolk to get in shape. Meanwhile, things don’t go well when Wade has Joel run the bar by himself; and AnnaBeth hosts a bachelorette bash for her pal.

How I Met Your Mother | CBS
Sunrise
On the day of the wedding, a tipsy Barney goes missing, and while out searching for him, Ted and Robin recall Ted’s former relationships. Meanwhile, Lily and Marshall clear up their on-going issues; and Barney imparts his women-meeting wisdom and techniques to two young wannabe ladies’ men.

Rods N’ Wheels: Rustoration | DSC
Little Deuce Coupe
A 1932 Ford and a Camaro are featured in the opener of this series, in which two friends restore classic cars.

Swamp People | HIST
Gator Recon
The hunters look back at memorable moments from the series.

Switched at Birth | ABCFAM
It Hurts to Wait With Love if Love Is Somewhere Else
Daphne searches for a patient she accidentally let leave. Meanwhile, Bay discovers that Emmett is dating again; Jorge wants Daphne to accompany him to a family gathering; and Regina and Angelo have a discussion about business.

The Bachelor | ABC
Juan Pablo and the 11 remaining women head to Vietnam, where they embark on a bamboo boat ride, harvest herbs and share a meal with a traditional Vietnamese family. Meanwhile, one-on-one dates include a visit to the city of Hoi An and a trip to Marble Mountain. Eight women are selected to continue at the rose ceremony.

The Real Housewives of Beverly Hills | BRAVO
The Birthday Witch
Joyce stands up to Carlton about an alleged curse on Joyce’s husband. Elsewhere, Lisa and Kyle throw a joint birthday bash for their husbands, but the party spirals into drama as tensions mount between Carlton and Kyle.

2 Broke Girls | CBS
And the ATM
Max decides to break up with Deke now that she knows about his wealthy background.

Mighty Med | DISXD
Alan’s Reign of Terror
Alan is put in charge of the hospital for a day, but he abuses his power and makes life miserable for everyone.

Beauty and the Beast | CW
Recipe for Disaster
J.T. gets kidnapped, forcing Cat and Vincent to work together to save him.

Being Human | Syfy
Panic Womb
Aidan’s vampire relationships continue as his human romance with Kat becomes more serious; a couple give Josh and Nora a glimpse into their possible future; and Sally asks an old friend for help solving the mystery of “Lil’ Smokie.”

Cake Boss | TLC
Icing the Cake
Buddy makes a goalie cake for the NHL draft to be delivered on live TV; and re-creates a wedding cake for a couple’s 50th anniversary. Also: Momma returns from Israel with news about her health.

Love It or List It | HGTV
Ever-Expanding Family Affair
A couple feel like their home is no longer big enough now that they have a baby and a grandparent living with them.

Mike & Molly | CBS
Dips & Salsa
Mike asks Carl to step in and take his place as Molly’s partner at a dance class, but jealousy rears its head when Mike sees that his wife and best friend may be having too much fun.

Rachael vs. Guy: Celebrity Cook-Off | FOOD
Boardwalk Bites
The celebrities are asked to put their own twist on French fries and create a signature hot dog while visiting Coney Island in Brooklyn, where chef Amanda Freitag serves as guest judge.

Single Ladies | VH1
Show-Stopper
Raquel and Terrence clash while working together. In other developments, a rivalry between April and David continues, and Keisha and Malcolm acclimate to life in Atlanta as Naomi and Sean gear up for their next move.

The Following | FOX
Trust Me
Ryan searches for the link between the events in New York City, Emma and the Havenport cult, while the FBI gain more insight into his agenda. Elsewhere, Joe pursues a new plan after a shocking event.

The Fosters | ABCFAM
Family Day
Callie visits the family and things get awkward between her and Brandon. Meanwhile, Rita informs Stef and Lena of Callie’s plans; Jude has to decide if he wants to proceed with the adoption; and Lena wants Stef to make amends with Frank.

Archer | FX
Archer Vice: House Call
Archer stages an intervention for Pam, but it gets derailed by an unwanted guest.

Buy This Restaurant | FOOD
Fresh Start Café
A woman who lost her husband in a drunk-driving accident wants a fresh start in life, and so she looks to open a small café in Minneapolis in the premiere of this series, which finds real-estate expert Keith Simpson helping aspiring restaurateurs locate the perfect property for their concepts.

Castle | ABC | starts at: 10:01
Dressed to Kill
The assistant to a ruthless fashion editor is killed, leading Castle and Beckett into the high-stakes world of high fashion. Meanwhile, Beckett’s background in modeling grants her access to a special surprise for her wedding.

House Hunters: Where Are They Now? | HGTV
The buyer of a fixer-upper in Hartfod, Conn., shares his nightmare experience with a swimming pool. Also: A place with potential in Orlando proves difficult to fix; and a dated abode in the suburbs of Chicago is transformed into the ultimate family home with an over-the-top outdoor space.

Intelligence | CBS
The Rescue
Gabriel and Riley cross the border in search of a senator’s daughter who’s being held hostage by a Mexican drug cartel who are demanding that the sale of a U.S. spy satellite be stopped; Lillian discovers a connection between her own father and the kidnappers.

The Devils Ride | DSC
Thy Brother’s Keeper
Armed thugs strip the club presidents of their cuts in the Season 3 premiere.

Chozen | FX | starts at: 10:31
Da Director
Tracy and Chozen collaborate on a video. Meanwhile, Ricky and Crisco get involved in Troy’s love life.

House Hunters International | HGTV
A Couple Seeks to Jumpstart a Renaissance in Italy’s Celebrated City of New Beginnings, Florence
A San Diego couple in search of adventure decide to move to Florence, Italy, after falling in love with the city on their honeymoon.

Mystery Diners | FOOD
Oktobertheft
The co-owner of Speisekammer, a German restaurant in Alameda, Cal., worries that the “dirndl girls” hired by her ex-husband are more trouble than they’re worth.