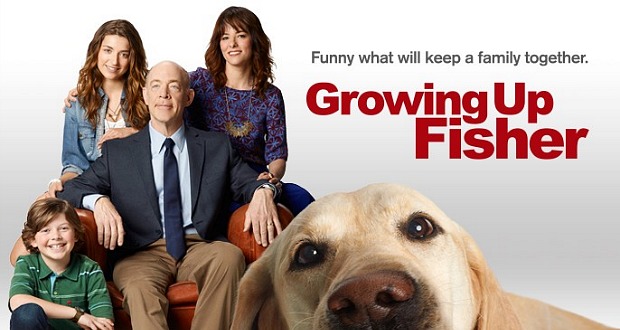 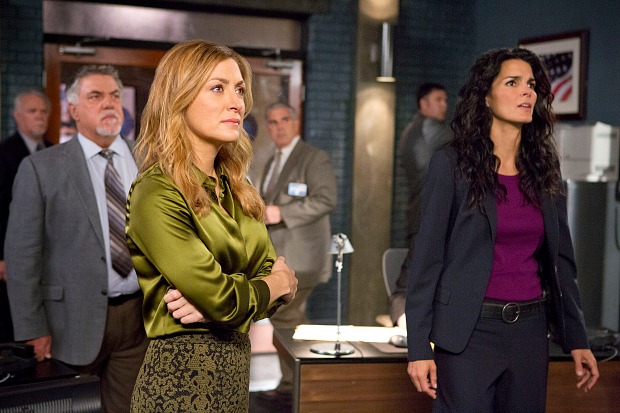 Dance Moms | LIFE
Wingman Down (Choreographer’s Cut)
Enhanced episode includes additional dance scenes. Christi isolates herself from the other moms now that Kelly and her daughters are no longer at the studio; Kira and her daughter Kalani test for a spot on Abby’s competition team; Holly worries that Nia won’t be prepared for her solo due to Abby’s inattentiveness.

Glee | FOX
Frenemies
Tensions flare in New York after Santana successfully auditions to be Rachel’s understudy in “Funny Girl.” Elsewhere, Tina and Artie both vie for the title of class valedictorian.

NCIS | CBS
Bulletproof
Defective bulletproof vests are found in a truck containing stolen U.S.M.C. merchandise. The NCIS team race to locate both the source of the faulty vests and any vests that have been shipped to military personnel overseas.

Pretty Little Liars | ABCFAM
She’s Come Undone
Aria begins to fall apart after learning of Ezra’s betrayal, and she doesn’t know whom to trust. Meanwhile, Spencer tries to show Toby and her family that she can fight her addiction without going to rehab; and Paige gets fed up with Emily’s secrets.

The Bachelor | ABC
Conclusion. The three remaining bachelorettes join Juan Pablo on a trip to St. Lucia. One-on-one dates include an excursion on a luxury yacht, a visit to Latille Falls and a horseback-riding adventure. Meanwhile, a contender pays a surprise visit, leading to an explosive situation.

The Originals | CW
Long Way Back From Hell
Rebekah gets locked up in a sanatorium where she worked in 1919. A witch seeks revenge against her and plans to reveal dark secrets that could destroy Rebekah if exposed. Meanwhile, Elijah makes a decision that puts Klaus and Rebekah in further danger.

About a Boy | NBC | starts at: 9:01
About a Pool Party
Will agrees to babysit Marcus so Fiona can go on a job interview, but a last-minute invitation to a party complicates the situation.

Amish Mafia | DSC
He Has Risen
Levi regains control in the Season 3 premiere. Meanwhile, Jolin and Alvin eliminate outside threats; and Merlin plots his revenge on Wayne.

Dance Moms | LIFE
Nothing’s Fair in Abbyville
Chloe and new girl Kalani go head-to-head on the dance floor to determine who is Abby’s go-to girl. Meanwhile, Jill gets upset when Abby promises a starring role to the winner of an improv dance-off, only to revoke it when her daughter Kendall wins; and Abby pushes Mackenzie’s pop career with a challenging solo.

My 600-lb Life | TLC
Tara’s Story
A mom in Louisiana is ashamed to be seen outside the house with her kids due to her extreme weight, but is determined to have a gastric-bypass procedure to regain her confidence and pride.

NCIS: Los Angeles | CBS
Tuhon
Sam and Callen go to Mexico to find a retired assassin they encountered on their first case together. The man is a suspect in the murder of a diplomat. Meanwhile, Nate and Deeks stay in Los Angeles to assist with the investigation.

New Girl | FOX
Sister II
Abby (Linda Cardellini) develops an interest in one of the guys and decides to stay in Los Angeles, much to Jess’ dismay. Meanwhile, Winston puts off checking his LAPD entrance-exam results.

Rizzoli & Isles | TNT
Tears of a Clown
A kidnapper dressed as a clown resurfaces after more than 20 years. Meanwhile, Jane and Casey must face realities about their deepening relationship, and Maura deals with an emotional dilemma.

Supernatural | CW
Captives
Sam and Dean are shocked to discover that the Men of Letters’ bunker is haunted. Their investigation leads them to a storage facility where the demons are keeping a prize possession. Meanwhile, Castiel is captured by Bartholomew.

Twisted | ABCFAM
Home Is Where the Hurt Is
Things get tense for Danny and Lacey as the homecoming dance looms. Meanwhile, Jo tries to help Andie and Rico get together; Danny recognizes someone who’s linked to his past in juvenile hall; and Tess struggles to keep secrets from Kyle.

Brooklyn Nine-Nine | FOX
The Apartment
Jake is buried under a mountain of personal debt, and he faces the possibility of losing his apartment unless Gina can help him out. Meanwhile, Holt and Jeffords conduct performance reviews; and Rosa and Boyle encounter a weekend squad officer.

Growing Up Fisher | NBC | starts at: 9:31
Now You See, Now You Don’t
Mel must reveal he’s blind to his biggest client. Meanwhile, Henry is mistaken for being blind when he borrows Mel’s guide dog, and Joyce is validated as being cool by her grad-school study partner.

Chicago Fire | NBC
Virgin Skin
Severide feels left out during the search for his missing sister. Meanwhile, Shay gets a surprising tip; Casey gleans new information about his head injury; and Dawson trains for the physical test at the Academy. Chicago Blackhawk players Brent Seabrook and Duncan Keith appear as themselves.

Chopped | FOOD
Return and Redeem
Previous contestants get a second chance at winning. For appetizers, the chefs work with a bright green dessert and a seafood snack; and use quinoa and sour candy when making entrées. In the dessert round, palm seeds and dulce de leche are the featured ingredients.

Clash of the Ozarks | DSC
Blood Land
A stockpile of moonshine is destroyed in the opener of this series documenting life in an Arkansas town where a bitter family rivalry has raged for over 100 years.

Cougar Town | TBS
Mystery of Love
Brunch at Travis and Laurie’s prompts Jules to prove that she and Grayson are the ideal couple. Meanwhile, Andy tries to be a fun dad by taking Stan to the beach; and Tom helps Ellie finish a teen novel she hasn’t worked on in years. Directed by series star Courteney Cox.

Game of Arms | AMC
The Battle Begins…
This series following competitive-arm-wrestling clubs opens with a clash between the California Arm Benders and the powerhouse New York City Arms Control.

Kim of Queens | LIFE
Talent Trade-Off
Kim heads out of town to rescue the preacher’s daughter and tells her pros to perfect new talents. Meanwhile, Maura tries to sing as well as she clogs.

Mind Games | ABC
Pilot
A young boy with a heart condition is denied an experimental treatment in the opener of this series, in which a unique agency solves problems for clients by using psychological manipulation.

Opposite Worlds | Syfy
End
Six players remain to compete in the final Worldly Challenge, after which two of them are sent home.

Person of Interest | CBS | starts at: 10:01
Last Call
Finch infiltrates an emergency call center to keep tabs on a 911 operator, but he quickly learns that the case is more complicated than he originally thought.

Real Sports With Bryant Gumbel | HBOe
Segments include a look at the marketing of shooting sports to children; a visit with Hall of Fame basketball coach Larry Brown; and a look back at the 2011 air crash that killed a Russian hockey team.

Tosh.0 | COMEDY
Daniel goes on a date; and gives away his car. Also: YouTube sensation Ice JJ Fish gets a Web Redemption.

House Hunters International | HGTV
After a Lifetime of Longing, a Husband Convinces His Wife to Leave London and Set Sail to Roseau
A couple who have been married for 15 years leave London for an exciting new beginning in Roseau, Dominica.