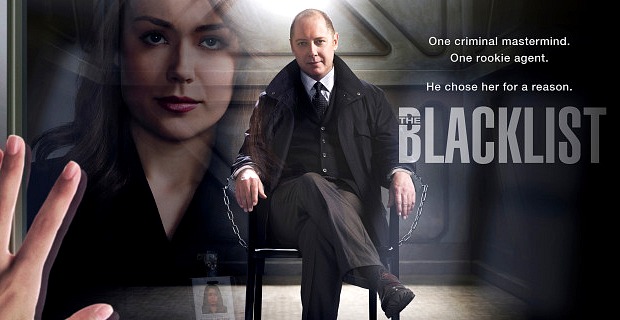 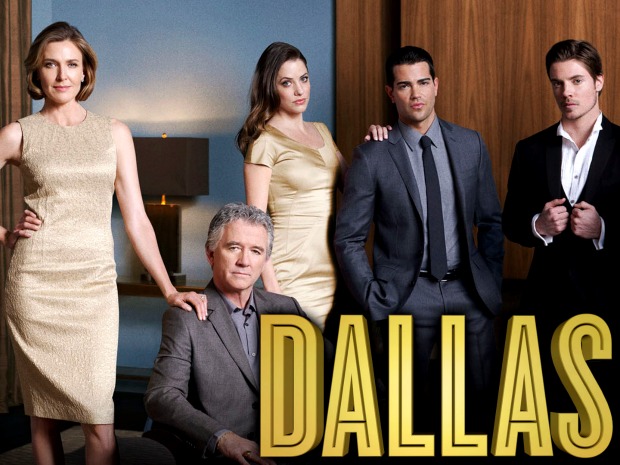 What’s on TV tonight? How I Met Your Mother, The Bachelor, The Voice and Top Gear, among others. Also, The Blacklist and Dallas return tonight. Here’s the highlights.

Almost Human | FOX
Beholder
A chrome is murdered, but the only sign of trauma is a small hole in the back of his neck, and the investigation reveals a suspect who’s after the victim’s DNA in a pursuit of perfection.

Antiques Roadshow | PBS
Baton Rouge, Louisiana
Part 2 of 3 in Baton Rouge. Items include a Louisiana political poster; three paintings by New Orleans artists-Newcomb pottery founders William and Ellsworth Woodward; and a NASA photograph collection. Also: a visit to the to the LSU Museum of Art spotlights the work of Louisiana artist Clementine Hunter.

Bitten | Syfy
Stalking
The Pack could possibly be walking into a trap when they agree to sit down and discuss a truce with the Mutt uprising and their recently revealed leader Daniel Santos.

How I Met Your Mother | CBS
Rally
On the day of his wedding, Barney is suffering from a horrific hangover, and the gang tries to concoct a, wait for it, legendary Stinson Hangover Fixer Elixir, but finding the bizarre ingredients proves to be a challenge.

Star-Crossed | CW
These Violent Delights Have Violent Ends
Emery reaches out to Roman, who’s preparing for a funeral, but he refuses to talk to her. Meanwhile, Roman’s uncle shows up in the sector; the Atrian Seven receive an invite to the school carnival, but the event takes a turn when Drake is kidnapped and Roman learns the Trags have placed a hit on Emery.

Switched at Birth | ABCFAM
Memory Is Your Image of Perfection
Daphne wants to help Sharee search for her mom, but problems arise. Elsewhere, Bay and Toby try to get their folks to stop beings at odds with one another; Regina’s new project leads to a disagreement with her mother; and Travis’ actions puzzle Melody.

The Bachelor | ABC
Part 1 of 2. Juan Pablo visits the hometowns of the four remaining ladies and meets their families. The dates include a mechanical bull ride and a visit to a gun range. Meanwhile, one bachelorette speaks her mind and another shares a personal story, and a family member gets confrontational. Back in Miami, one woman is eliminated at the rose ceremony.

The Real Housewives of Beverly Hills | BRAVO
Lines in the Sand
The ladies vacation in Puerto Rico without Carlton. There, they delight in private-beach relaxation, yet friendships are soon questioned and a confrontation results, leading to a battle royal over dinner.

WWE Monday Night Raw | USA
Elimination Chamber results; and an update on the launch of the WWE Network.

2 Broke Girls | CBS
And the Married Man Sleepover
Caroline asks Max and Deke to join her on her dinner date at Nicholas’ loft to make sure she doesn’t do anything she might regret. Caroline and Max also treat themselves to very special hair appointments.

Mighty Med | DISXD
Lockdown
Kaz plans a surprise birthday party for Oliver at the Domain, but a security lockdown at Mighty Med prevents anyone from leaving. Oliver sneaks out, but accidentally lets in the villainous Revengeance.

Top Gear | BBC
The guys embark on a long road trip to the Ukraine, with Clarkson driving a Volkswagen Up, Hammond a Ford Fiesta and May a Dacia Sandero. James Blunt is the star in the Reasonably Priced Car.

Being Human | Syfy
Gallows Humor
Sally learns more than she bargained for after going to Donna for help dealing with her latest loss; Aidan and Suzanna find themselves face-to-face with the truth about their tumultuous past; Nora and Josh seek out an old friend who might be able to turn things around.

Cake Boss | TLC
Up, Up & Away
Anthony clashes with Buddy over the latter’s authority; a cake is delivered by hot-air balloon; Momma prepares for another trip to Israel for an important treatment.

Dallas | TNT
The Return
Season 3 opens with the Ewings on top, yet their solidarity is tested when John Ross clashes with Bobby over Southfork ownership. Meanwhile, Elena returns to Dallas with a secret agenda, and an enigmatic stranger arrives.

Love It or List It | HGTV
Daily Squeeze
A couple who own the smallest house in their affluent neighborhood have issues with the lack of living space on the main floor, which is why they are considering a move to a bigger home.

Mike & Molly | CBS
Mind Over Molly
Mike becomes concerned with Molly’s state of mind, so he suggests she see a therapist and she begrudgingly agrees.

Single Ladies | VH1
Tell You No Lies
Raquel continues to see Grant. Meanwhile, April tries to please her new client, frustrating David in the process; truths about Malcolm’s past come to the fore; and Omar’s work begins to damage his relationship with Nate.

The Following | FOX
Fly Away
Ryan and Max contact the FBI for backup, leading to a standoff. Elsewhere, Joe finds himself in uncharted territory in his new relationship, and Luke ends up in a difficult situation.

The Fosters | ABCFAM
Kids in the Hall
Callie’s photography skills cause unintentional trouble for her pal. Meanwhile, Brandon has regrets about making a deal with a shady classmate; Mariana faces the fallout from a stunt she pulled; and Jesus and Emma have a tense wrestling match.

Worst Cooks in America | FOOD
Scratching the Surface
A lesson in learning to cook from scratch finds the recruits making cheese from milk they source themselves.

Archer | FX
Archer Vice: Southbound and Down
Malory takes the gang on a road trip.

Bad Ink | A&E
Tat’s Ink-redible!
Dirk pulls a prank on Ruckus; a man is plagued by a tattoo of his ex-wife.

Castle | ABC | starts at: 10:01
Room 147
Multiple people confess to the murder of a struggling actor, and each expresses sincerity and provides details about the homicide, adding mystery and complexity to the case.

Cryptid: The Swamp Beast | HIST
The Awakening
A hiker goes missing and a corpse is decapitated in the opener of this series, in which alleged encounters with a mythical swamp creature are investigated in a remote Southern town.

Ice Warriors: USA Sled Hockey | PBS
A look at the U.S. sled hockey team as they prepare for the Paralympic Games in Sochi, Russia. In sled hockey, players battle with their sticks, sharp sled runners and the serrated ice picks used to propel their sleds. Strapped into molded sleds, they’re often playing at eye level with the fast-moving puck in this game of force, speed and strategy.

Intelligence | CBS
Delta Force
Gabriel has difficulty believing that his best friend from Delta Force is now the main suspect behind an assassination plot against a presidential candidate in Bolivia.

Lost Girl | Syfy
La Fae Époque
When Dyson goes on trial for murder, Bo and Lauren go inside his memory in search of clues to clear his name.

Mystery Diners | FOOD
The Great Divide
The owners of Sam’s Tavern in Seattle look for a way to make peace between new hires and the veteran staff.

Private Lives of Nashville Wives | TNT | starts at: 10:01
Bright Lights, Big City
Aspiring singer Sarah Davidson sets out to make her mark in the music world in the premiere of this unscripted series, which puts the focus on a group of driven, prominent women in Nashville.

The Blacklist | NBC | starts at: 10:01
Madeline Pratt
An issue of national security centers on an ancient artifact. Also: Red puts the focus on a woman from his past; Red persuades Liz to pull off a shadowy heist; and Tom tries to come to terms with a looming adoption.

Chozen | FX | starts at: 10:31
Laced
An old flame creates tension between Chozen and the band as they prepare for an exclusive performance.

House Hunters International | HGTV
A Couple Hopes to Find Parisian Property
A couple who met while singing opera in a show together search for a place to share in Paris.