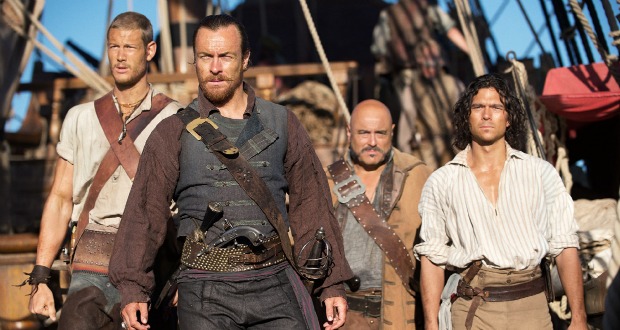 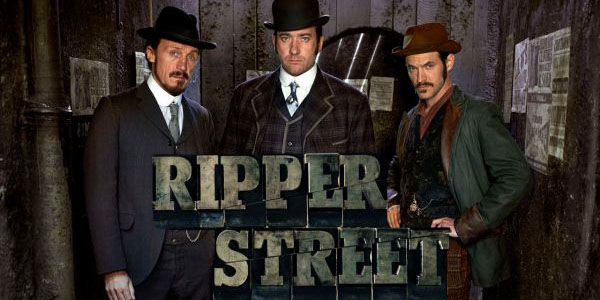 What’s on TV tonight? A party for the Daytona 500, MythBusters, Black Sails and the series two premiere of Ripper Street on the BBC. Also, check out When Calls the Heart on Hallmark, and read Melanie Votaw’s report on a conference call with Lori Loughlin.

Daytona 500 Bash at the Beach | FOX
Highlights of an event celebrating the Feb. 23 NASCAR race from Daytona Beach, Fla. Drivers Danica Patrick and Jeff Gordon are the hosts, with a musical performance by Cee Lo Green. Also on hand are Jimmie Johnson; Dale Earnhardt Jr.; Tony Stewart; and Clint Bowyer.

Status: Unknown | LIFE
A woman reconnects with a friend from high school at a class reunion and goes searching for her when she suddenly disappears a year later.

The Real Housewives of Atlanta | BRAVO | starts at: 8:49
First Look
A preview of an upcoming episode.

The Real Housewives of Beverly Hills | BRAVO | starts at: 8:37
First Look
A preview of an upcoming episode.

Auction Hunters | SPIKE
You Foos You Lose
A foosball table is among the items found when they guys try to raise enough money to fix their truck.

Black Sails | STARZ
V.
Flint and crew engage in a deadly encounter on the open sea; Richard forces Eleanor to make a decision; Rackham tries his hand at a new career; and Bonny has a confession to make.

I, Robot | Syfy
Isaac Asimov’s sci-fi stories inspired this slick blend of high-tech effects and action. Will Smith plays a cop who uncovers a conspiracy involving murderous robots in 2035.

Ripper Street | BBC
Pure as the Driven
Series 2 begins with a sergeant from a neighboring police division being thrown from a Whitechapel tenement window. Reid’s investigation leads him to Chinatown, where evidence of a new and devastatingly powerful opiate is discovered.

Secret Sex Lives | TLC
Supersized Sex
Exploring sex lives of individuals, including a woman with large breasts; and a couple with a considerable sexual appetite.

Treehouse Masters | DSC
Record High Recording Studio
A recording studio’s addition is built in a group of cedar trees near Seattle that features cork walls and a picture window overlooking a stream. Later, the space is christened by a Grammy-winning singer.

When Calls the Heart | HALMRK
Second Chances
Abigail considers reopening the town’s café after Elizabeth praises her baking. Meanwhile, Jack regrets saying something hurtful to Elizabeth in the wake of her failed romance with a miner.

Thrift Hunters | SPIKE
A Georgian Estate of Mind
A trip to Georgia brings Bryan a set of Russian nesting dolls. Meanwhile, Jason discovers a rare pair of “Gone With the Wind” movie tickets.

My Trip From Hell | TLC
Vacations gone wrong. Included: Drunk passengers are dealt with using duct tape; a traveler goes through the ordeal of being stuck in an outhouse.