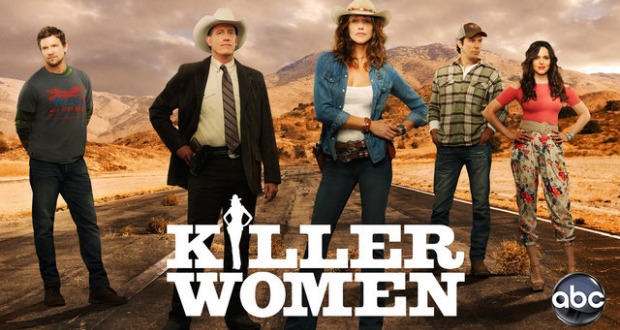 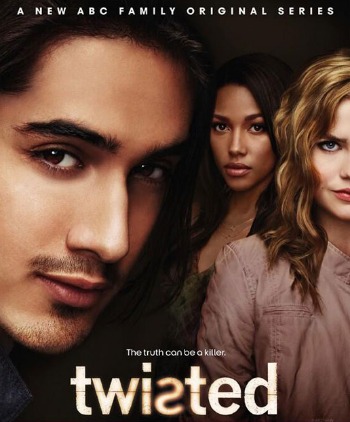 What’s on TV tonight? American Idol, Dance Moms, Teen Mom 2, Cougar Town, Twisted and Killer Women. (Anyone watching? Probably not, since I heard it was canceled!). Here’s the rundown.

Dance Moms | LIFE
Big Trouble in the Big Apple (Choreographer’s Cut)
Enhanced episode contains additional dance scenes. Abby holds her final open casting call in New York and announces that she is putting together a new all-star, junior elite team to rival her own girls. The dance company takes part in two competitions, with Paige involved in more dances than ever.

Olympics 2014 Primetime: Women’s Alpine skiing, men’s freestyle skiing, women’s bobsled, women’s short track | NBC
2006 gold medalist Julia Mancuso and 18-year-old Mikaela Shiffrin give the U.S. two contenders in the women’s giant slalom. Also: women’s bobsled; and finals in men’s freestyle skiing (halfpipe) and women’s short track (3000m). David Wise and Torin Yater-Wallace are gold-medal threats in the halfpipe. “I believe I have the ability to medal in giant slalom,” says Shiffrin. “It’s a matter of how I use my energy.”

Pretty Little Liars | ABCFAM
Free Fall
Spencer wants to share her doubts about Ezra with Aria, but Ezra brings up her addiction problem first, undermining her credibility with her friends.

Dance Moms | LIFE
Wingman Down
Christi isolates herself from the other moms now that Kelly and her daughters are no longer at the studio; Kira and her daughter Kalani test for a spot on Abby’s competition team; Holly worries that Nia won’t be prepared for her solo due to Abby’s inattentiveness.

Face Off | Syfy
Cryptic Creatures
The artists take inspiration from a swamp when making cryptids.

My 600-lb Life | TLC
James’ Story
A 700-lb. man who has a family history of obesity vows to change his lifestyle to be eligible for a gastric-bypass procedure, and is determined not to die the way his father and sister did. If all goes well, he even hopes to date again.

Property Virgins | HGTV
Horsing Around
A 20-year-old equine studies major searches for a Savannah home that’s safe and secure after experiencing a break-in.

The Rise and Fall of Penn Station: American Experience | PBS
The story of New York’s Pennsylvania Station, which opened to the public in 1910. One of the greatest architectural and engineering achievements of its time, it covered nearly eight acres and required the construction of 16 miles of underground tunnels. It closed its doors some 50 years later, giving way to Madison Square Garden, a high-rise office building and sports complex.

Twisted | ABCFAM
Sins of the Father
Danny wonders if he deserves a second chance, while Karen has doubts about reconnecting with Jack. Elsewhere, Lacey thinks there’s a link between Gloria and Vikram; Charlie takes an interest in Lacey; and the mayor is connected to something surprising.

100 Days of Summer | BRAVO
The Summer’s Over…
A summer of dramas comes to a close in the Season 1 finale. Here, Tara invites the gang to her family cabin in Wisconsin, but an expected weekend of relaxation turns tense due to road-trip rage, a fiery dinner and a divided friendship. Phillips skips the getaway to focus on an important photo shoot.

Cougar Town | TBS
Time to Move On
Andy makes a cat video with the guys for Bro-day; Jules worries about Travis’ job prospects after he graduates from college with an art degree; Laurie and Ellie pose as a couple to get Stan into a new school.

House Hunters | HGTV
Learning to Compromise in Lexington, Kentucky
Newlyweds must learn to compromise as they search for their first home in Lexington armed with very different wish lists.

Killer Women | ABC
Daughter of the Alamo
Molly works with a sexist, retired Texas Ranger after an arrest she makes leads to a tip about an unsolved murder he wasn’t able to close. Meanwhile, Billy is forced to make a decision that could help capture a drug cartel leader but would also put his family’s safety at risk.

Teen Mom 2 | MTV
You Got Me
Kailyn prepares for her wedding; Jenelle and Nathan decide to have a baby; and Chelsea celebrates her 22nd birthday.