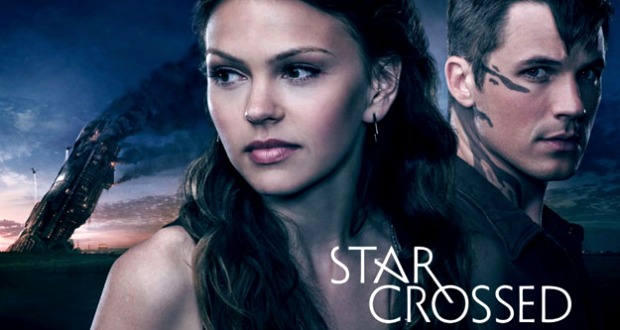 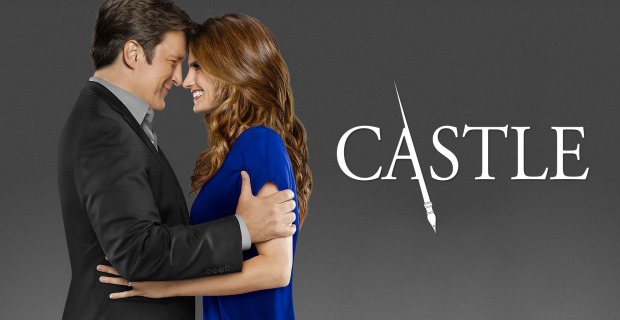 What’s on TV tonight? New episodes of Almost Human, Lost Girl, The Bachelor, The Fosters, Castle and more Olympics from Sochi. Also, the new series Star-Crossed premieres on The CW at 8 p.m. Here’s the highlights.

Almost Human | | FOX
Disrupt
A crime from the future turns deadly when a “smart home” targets its occupants, and Kennex and Dorian must deal with a mysterious hologram to investigate the case.

Antiques Roadshow | PBS
Baton Rouge, Louisiana
Part 1 of 3 in Baton Rouge. Items include a French Art Deco diamond and platinum ring, circa 1930; a copy of the book “The History of Magic” that features an inscription from the owner’s old college roommate—Jim Morrison of the Doors; and four Rembrandt and James McNeill Whistler etchings. Also: Campeche chairs are discussed during a visit to the Magnolia Mound Plantation.

Basketball Wives LA | VH1
In the Season 3 opener, Jackie invites some of the ladies to plan an event, but catty drama swells when new cast members get to know one another.

Bitten | Syfy
Committed
Elena returns to Toronto, but her human life with Philip is interrupted when Santos arrives with a way out of the Pack. Elsewhere, at Stonehaven, Jeremy must fight to keep his Alpha status in tact.

Star-Crossed | CW
Pilot
A human teen and an alien reunite ten years after his spacecraft landed in her small town in the premiere of this sci-fi drama about the romance that develops between the two. The pair navigate deep distrust between their races and tense relations as aliens enroll in a suburban high school.

Switched at Birth | ABCFAM
The Scream
Daphne plans a birthday bash for Campbell. Meanwhile, Kathryn hosts a murder-mystery party, where she and John uncover surprises about one another; and Bay wants to score an invite to Tank’s fraternity luau.

The Bachelor | ABC
The remaining six contenders visit Miami, Juan Pablo’s hometown, where four of the ladies enjoy a group date on a private island. Elsewhere, a one-on-one date involves an excursion on a luxury yacht, and a bachelorette meets Juan Pablo’s daughter at her dance recital. Five women remain after the rose ceremony.

The Real Housewives of Beverly Hills | BRAVO
Turning Down the Crown
Kyle and Joyce organize a Puerto Rico trip, but they decide not to invite Carlton. Meanwhile, Brandi tries to avoid Lisa at a luxury going-away party; and Kyle mistakenly reveals that Joyce’s father has died, sparking drama.

Being Human | Syfy
Cheater of the Pack
Josh’s life takes a surprising turn and he fears for the worst in his future with Nora; Aidan struggles to stave off his hunger while remembering what he once had with Suzanna; and Sally travels back in time after receiving news from someone from her past.

Cake Boss | TLC
Fiery Competition
Joe gets a promotion at the firehouse, so Buddy celebrates by making a fire-truck cake that features a burning building. Meanwhile, the team bake a bocce-theme cake for a charity tournament, but they also take part as competitors.

Love It or List It | HGTV
Extended Family
A family of seven living in a tiny townhouse need more space, which Hilary tries to give them by transforming their basement, while David sets out to find them a new roomier home.

Rods N’ Wheels | DSC
Corvette Gold
A Corvette and a 1956 Chevy are featured.

Single Ladies | VH1
Ask Me No Questions
Terrence suspects a potential investor is interested in Raquel. Elsewhere, April discovers that David lied to Felicia; and Keisha is concerned about Terrence’s past and its impact on Raquel.

The Following | FOX
Reflection
Ryan and Max are drawn into a game of cat-and-mouse after apprehending a suspect. Elsewhere, Joe formulates a new plan, and Emma begins to understand the danger she has put herself in through the company she’s keeping.

The Fosters | ABCFAM
Us Against the World
Callie makes a bold change to better her future, while Brandon makes a transition that upsets her. Meanwhile, Stef faces an ethical dilemma when she testifies in Mike’s case; Jude gets a cryptic message; and Mariana tries to make an impression on Chase.

Worst Cooks in America | FOOD
Worse Than Ever
Season 5 begins with Anne Burrell on a mission to beat Bobby Flay as the hosts divide their 14 recruits into two teams and give them their first cooking lesson on pizza.

Bad Ink | A&E
Tat-Too Hot for TV
A shameful tattoo is covered up; a man wants to get rid of an inappropriate tattoo.

Castle | ABC | starts at: 10:01
Smells Like Teen Spirit
A high-school mean girl is killed, and the prime suspect is a fellow student who may possess telekinetic powers.

House Hunters | HGTV
Boston Area Newlyweds Need Brand New House With No Ghosts
A newly married woman will only consider new construction for fear that anything older might be haunted, while her husband would like a house with character, but more importantly it needs to be energy efficient.

Independent Lens | PBS
Las Marthas
A look at the traditional, month-long débutante season in Laredo, Texas, and its sister city, Nuevo Laredo, Mexico, which coincides with and celebrates George Washington’s birthday. It’s capped by the invitation-only Colonial Ball hosted by the Society of Martha Washington; young women, most of them Mexican-American, debut in elaborate colonial-styled gowns that can cost up to $30,000.

Intelligence | CBS | starts at: 10:01
Size Matters
Cassidy is under possible threat when renowned artificial intelligence scientists are being targeted and killed by microscopic robots.

Mystery Diners | FOOD
Greek Tragedy
Broken dishes are found multiple times in the trash at My Greek and Italian Restaurant in Tacoma, Wash., leading the owner to bring in Charles and his crew to determine who’s responsible.

The Devils Ride | DSC
New Blood
Rockem takes extreme measures in order to get in touch with Danny Boy.