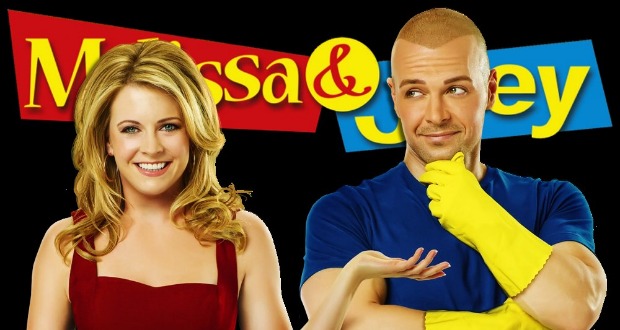 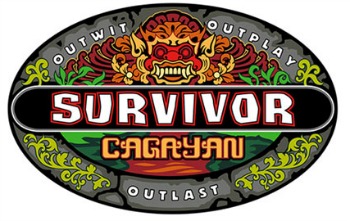 American Idol | FOX
Hollywood Round, Week #2
The Hollywood round continues at the Dolby Theatre in Los Angeles, featuring solo and group performances by vocalists who passed the first rounds of auditions.

Melissa & Joey | ABCFAM
Plus One
Joe attends a work event with Mel and shares his strong opinions on various issues, leading to some bad press for Mel. Elsewhere, Ryder asks Stella out on a date; and Lennox and Zander discuss their future.

Olympics 2014 Primetime: Figure skating, women’s snowboarding, women’s Alpine skiing, men’s speedskating | NBC
With Lindsey Vonn injured, Julia Mancuso is the best bet for a U.S. medal in Alpine skiing’s women’s downhill. Also: finals in figure skating (pairs); women’s snowboarding (halfpipe); and men’s speedskating (1000m). Kelly Clark is a snowboarding favorite, while Shani Davis is going for his third-straight gold in the speedskating race. “Of the Top 10 competitors, most are from the U.S.,” says Clark of the halfpipe. “We’re raising the bar for everyone.”

Survivor: Cagayan Preview | TVGN
A sneak peek of the 28th season of “Survivor” features interviews with the contestants and Jeff Probst.

Baby Daddy | ABCFAM
Life’s a Beach
The guys’ rooftop beach is shut down by the president of their apartment board, so they attempt to mount a coup and lead the board themselves. Elsewhere, Bonnie ropes Riley into going on a double date with her.

Buy This Restaurant | FOOD
Boston Baked Dreams
A recently divorced chef who wants to share his passion for Lebanese-style pies with the people of Boston looks for the right location for his restaurant concept.

Buying and Selling | HGTV
Daniel & Iris
Drew looks for a spacious home perfect for a multigenerational family, while Jonathan gives their current house, which is overrun with toys, a much-needed makeover, focusing his efforts on the kitchen and bathroom.

Ghost Hunters | Syfy
Family Plot
The TAPS team visit Lucas, Ohio, where they investigate the 1896 case of a woman who killed her entire family, and explore the home of a Pulitzer Prize-winning author.

Hoarding: Buried Alive | TLC
A VCR for Every Day of the Week
Father-and-son hoarders live in a home without either a functional bedroom or usable kitchen because of the things they’ve accumulated, and each face legal repercussions if they don’t tidy up.

Nova | PBS
Great Cathedral Mystery
Examining the 15th-century, Filippo Brunelleschi-designed dome that crowns the cathedral of Santa Maria del Fiore in Florence, Italy. Known as the Duomo, it consists of four million bricks, is taller than the Statue of Liberty and weighs about the same as a cruise ship. Included: bricklayers build an experimental “mini-Duomo” using period tools and techniques.

Super Fun Night | ABC | starts at: 9:31
Lesbihonest
Kimmie gets mixed signals from Richard about their relationship. Meanwhile, Marika’s new friend hits on her; and Kendall hosts a sex-toy party.

Fleming: The Man Who Would Be Bond | BBC
The Americans ask Fleming to write a blueprint for a Central Intelligence Agency, and Fleming persuades Godfrey to form an assault unit that is prepared to play dirty, with himself as commanding officer.

House Hunters | HGTV
Austin Couple Downsizes to a Smaller Home
Empty nesters wanting to downsize in Austin have a budget of $300,000 and a wish list that includes a house with charm, character and a two-car garage.

Men at Work | TBS
Gigo-Milo
Milo meets a book publisher (Jane Seymour), but she’s interested in much more than writing. Meanwhile, Neal hires an intern (Ed Asner), and Myron tries to appear hip on social media with help from Tyler and Gibbs.

Restaurant: Impossible | FOOD
Restaurant More Impossible: It’s All Greek to Me
In this enhanced episode featuring trivia tidbits and interesting behind-the-scenes facts, Robert tries to help the cousins who run Angelo’s Family Restaurant in Woodstock, Ill., by encouraging them to modify the Greek menu and decor that hasn’t changed since their fathers started the business 40 years ago.

Super Skyscrapers | PBS
Building the Future
A look at the Leadenhall Building in London. Designed as a tapered tower with a steel exoskeleton, it is being constructed off-site and being assembled on location like a giant Lego set.

The Exes | TVLAND
When Haskell Met Sammy
Holly gets Haskell a date with a gay man; Stuart helps Phil confront his fear of funerals.

Broad City | COMEDY
The Lockout
Abbi bug bombs her apartment, and Ilana loses her keys, so the ladies face a life on the streets just in time for Abbi’s first art gallery show.

Kirstie | TVLAND
Thelma’s Ex
Thelma’s womanizing ex comes to town, but Maddie goes to extremes to keep them apart when she fears it might mean losing her best friend and loyal assistant.