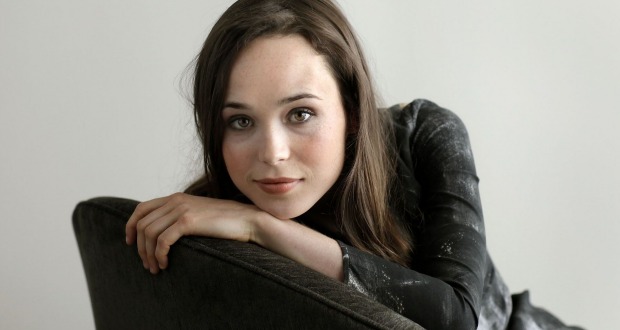 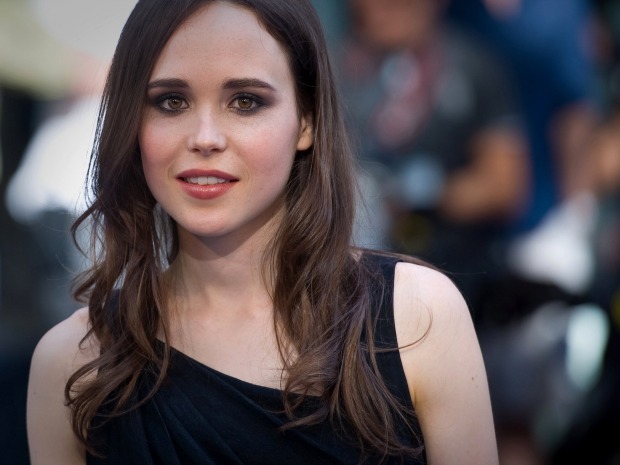 Ellen Page, the darling of the 2008 awards circuit when she was nominated for a best actress Oscar for “Juno,” came out as a lesbian on St. Valentine’s Day.

Page gave an emotional speech Friday in Las Vegas at the inaugural Human Rights Campaign’s “Time to Thrive” conference, which promotes the welfare of LGBT youth.

“I am here today because I am gay,” Page said, receiving a standing ovation. “Maybe I can make a difference to help others to have an easier and more hopeful time,” she said, adding, “I suffered for years because I was scared to come out.”

The video of her speech on HRC’s official website has already received more than two million viewers. Watch it below.

Last year she promoted Zal Batmanglij’s “The East,” in which she starred as the lover and second in command of the charismatic leader of an environmental cult played by Alexander Skarsgard. She participated in round tables with the “True Blood” actor and seemed to look up at him adoringly, fueling rumors the two were a couple. For almost ten months while they filmed, the two were captured in photos cuddling and attending events together.

During the press conference for “The East,” she deferred to Skarsgard and let him do almost all the talking, which I thought was strange for a woman who was as outspoken, articulate and bright as the actress I met back in 2007 when she won the breakthrough actress award at the Gotham’s for playing the smart-talking pregnant teen in the Jason Reitman film.

She told me back then, when she was only 20, that she’d like to work with the Scottish iconoclastic director Lynne Ramsey (“Ratcatcher”) one day, which I thought was an unusual and fascinating choice for such a young, fresh-faced actress.

In the YouTube clip above, she fights back tears as she says, “I’m tired of hiding and I’m tired of lying by omission.”

She’s received an outpouring of love and support from celebrities and fans. Here are a few of the tweets that flooded Twitter over the weekend:

Never underestimate the courage it takes to be yourself. Giant hugs to @EllenPage
— Tegan and Sara (@teganandsara) February 15, 2014

Props to @EllenPage for helping so many people through their daily struggles by courageously leading by example and coming out on V Day!
— Emile Hirsch (@EmileHirsch) February 15, 2014

And Ellen Page tweeted that she’s profoundly grateful for all the support.

Just wanted to take a moment to say how moved I am by all the support. I feel profoundly grateful right now. xxxx
— Ellen Page (@EllenPage) February 17, 2014