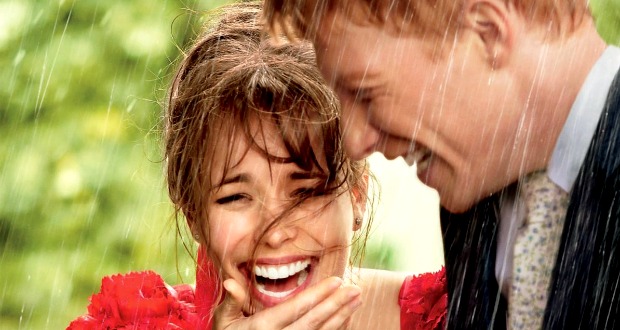 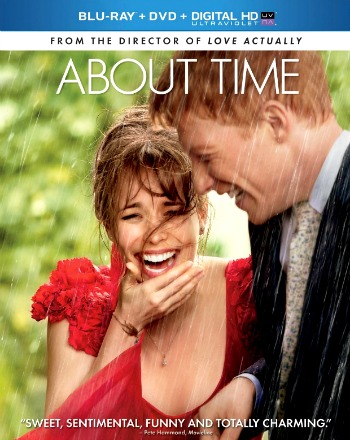 SYNOPSIS: At the age of 21, Tim discovers he can travel in time and change what happens and has happened in his own life. His decision to make his world a better place by getting a girlfriend turns out not to be as easy as you might think.

REVIEW: I had wanted to see “About Time” when it was in theaters — I mean, who doesn’t love a romantic film starring Rachel McAdams? (“The Notebook,” anyone?). But it hardly had a chance to get settled into theaters before it was dropped for other blockbuster films. Luckily, I got in before it got out of the cineplex, though many did not.

Happily (and coincidentally just in time for Valentine’s Day), “About Time” was released on DVD/Blu-ray on Feb. 4, 2014. If you love a good flick with a little bit of everything — romance, comedy, tragedy, euphoria, and bliss — then this is the film for you.

The story follows the life of ginger-haired Tim Lake (Domhnall Gleeson, best known as Bill Weasley from the “Harry Potter” movies). Tim is just a normal guy living a normal life finding his normal awkward way around girls when his father reveals to him on his 21st birthday that he and all the males in his family can travel through time (well, within their own timeline, that is).

He uses this to change his normal awkward way around women into a romantic and charming way about women, though it takes him a few go-arounds to get it right. He meets Mary (Rachel McAdams) and falls for her almost immediately, and ultimately travels back and forth through time to make sure every move he makes with her is the right one.

But this film isn’t just a typical rom-com (no matter what the marketing suggests). Sure, it starts off as one, but in the end it’s also about a son’s relationship with his father and about how hard it is to let go of the past so you can look forward to the future.

“About Time” was directed and written by Richard Curtis (“Four Weddings and a Funeral,” “Love Actually,” “Notting Hill”). Curtis sure knows how to mix laughter and tears in his films. This one has trademark Curtis elements — a quirky sibling, a tearjerker moment, soft piano music as the male lead falls in love — but together it all works. Sure, you can label it a chick flick, but I dare one guy not to cry during the father-son moment near the end of the flick.

I double-dog dare you.

This review originally published at Parade.com.