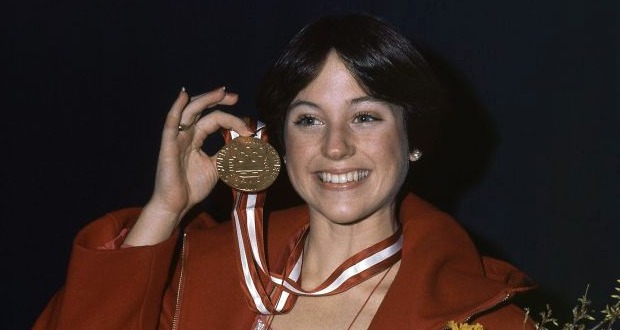 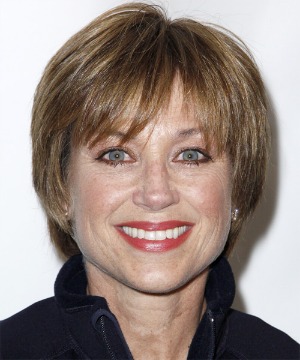 Dorothy Hamill was probably the first of the America’s Sweethearts to come out of the Olympic Games. At the 1976 Winter Olympics in Innsbruck, Austria, Hamill came in second in the figures and then won the short and long programs, taking the gold medal.

So it’s no surprise that she has been watching this year’s Olympics, paying particular attention to the figure skating competition. We had a chance to talk to her about the games on Friday, Feb. 14.

Are you watching the Olympics?

“Yes, I’ve been watching. I’m very interested. I love the new team competition. I was a little confused in the beginning, but I think it has great potential down the road and I thought it was fascinating to see sort of the best of the best in the teams. The only thing that was a little disappointing is that there wasn’t that one performance by anyone that was a stand out.

What goes through your mind on the ice if something goes wrong and you need to continue on, the way that Jeremy Abbott did after his fall?

I’ve known Jeremy since he was a little boy in Aspen, Colorado. I’ve been following him closely and he is the sweetest, most adorable young man you could ever imagine. And when he fell, and he was lying on the side of the boards, he had no idea what to do. So that’s one of the things that he, and probably the rest of the skaters and coaches, will now focus on, if that happens to you, here’s what the rules are.

I think he handled it perfectly. You know, he got up, and he made up the time and the jumps so that he could get enough points. Obviously, the fall was just very dramatic and horrible, but I think he did the right thing by getting up. I’m so glad he did, because Jeremy has never really had the self-confidence, and that’s one of the things that I’ve always been frustrated with because he’s so beautiful. He needs to believe in himself.

So I think finishing the way he did, and then his long program (Friday), he was cautious in the beginning as he should be, to get all the technical elements down, and then he just got stronger and stronger and finished beautifully.

Do you think there’s pressure to come up with something new – like you did with the Hamill Camel — and to outdo another skater? Did you know when you created that move that you’d have the influence you have had today?

Well, I don’t think I have influence on today’s skating from that move. You always try to have something that’s your trademark, that’s not just a gimmick. And the Hamill Camel was something that my coach was explaining to me to do. I do think today that the skaters do have to find something that is their trademark.

Of course, the natural thing is to try and win fans, and to try and win the judges. But I think sort of gimmicky things can be more of a detriment than a help. But you do, you’re always trying to look for that something, because there really aren’t that many variations on a theme. There are only so many jumps, and so many spins, and forward backward inside outside edges.

What advice would you give about what they’re going to go through after the Olympics?

I was really lucky that I was able to go on and continue as a professional in ice shows and things like that, but I was completely ill-equipped to handle the change in notoriety. Today, with instant media, the social network, social media, you sneeze and somebody knows about it. And the scrutiny, there’s always going to be people who love you, and there’s always going to be people who don’t love you. I think if you read all of that, it can really affect your life.

But I do think a lot of these youngsters have media training, and they have more access to people to help them. But going into these games, a lot of them already have endorsements, and personal appearances, so I think they’re a lot more used to the spotlight.

But after you win a medal, it does change things. I think it’s terrific, because there are lots of amazing opportunities open to the athletes, especially the athletes who, in a sport where there isn’t professional or money to be made, do it because they love it. So it’s an opportunity for the sort of lesser known sports to have some kind of spotlight, and maybe have some potential other opportunities because of it after the Olympics.

For the entire interview, including the advice Hamill gives to the athletes who did not win a medal and what really happened to her back on Dancing With the Stars when she had to withdraw, listen to blogtalkradio.com/sportspalooza this Thursday at 1 p.m. eastern time. Lisa Iannucci co-hosts Sports Palooza Radio with her co-host EJ “The Rainmaker.”