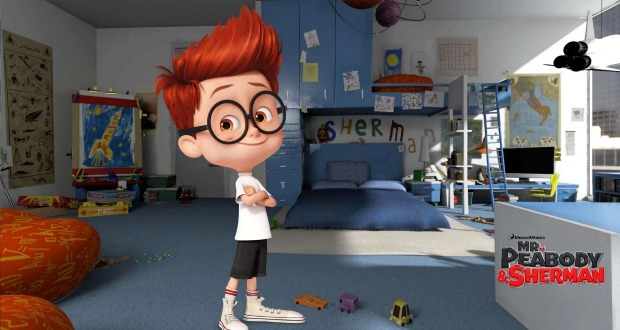 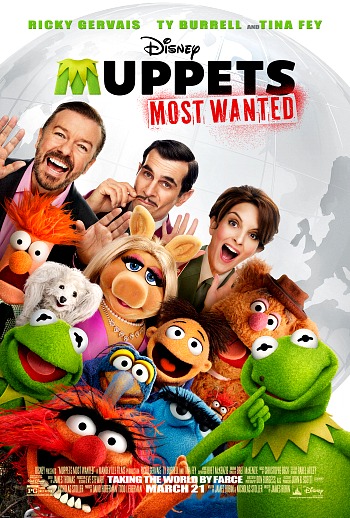 EDITORS: To buy this feature for your print or online publication, please visit our shop.

March brings classic cartoon characters, adorable muppets and an opera singer who just needs one chance to make it big. Here’s a sneak peek at what’s new in theaters and on DVD and blu-ray in March 2014.

Here’s a chance to bring some classic characters from the “Rocky and Bullwinkle Show” to your own kids. Mr. Peabody and his adopted human sidekick, Sherman (voiced by Ty Burrell and Max Charles, respectively), strike out on their own for a big-screen CGI adventure in this feature directed by Rob Minkoff (“The Haunted Mansion”). Stephen Colbert and Allison Janney also voice characters in this cute throwback with a modern twist.

Nominated for an Oscar for Best Animated Feature, this gorgeous film takes place deep below snowy, cobblestone streets, where a civilization of hardworking mice live. Unlike her fellow mice, Celestine is an artist and a dreamer, and when she nearly ends up as breakfast for ursine troubadour Ernest, the two form an unlikely bond and are soon living together as outcasts, creating la vie boheme in a winter cottage. But it isn’t long before their friendship is put on trial by their respective bear-fearing and mice-eating communities. The all-star cast includes Forest Whitaker, Lauren Bacall, Paul Giamatti, William H. Macy and Megan Mullally. 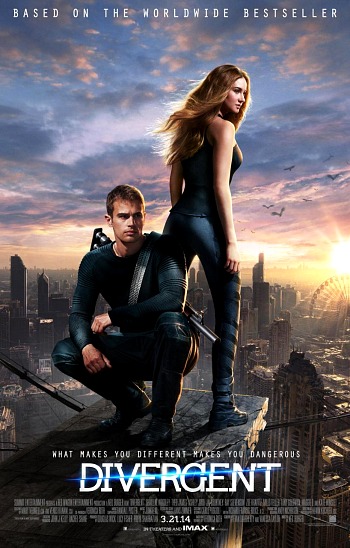 In a future where the population is divided by personality types, one young woman classified as “divergent” uncovers a conspiracy to eliminate all who bear her misfit label, and attempts to find out what makes the powers-that-be so frightened of them before time runs out. Shailene Woodley (“The Descendants”) and Theo James (“Underworld: Awakening”) star in this action thriller adapted from the novel by Veronica Roth, and directed by Neil Burger (“Limitless”).

MUPPETS MOST WANTED
Rated PG for some mild action. In theaters 3/21. Ok for kids 5+. Reel Preview: 4.5 of 5 Reels. http://muppets.disney.com/muppets-most-wanted

The Muppets are back! While on a grand world tour, The Muppets find themselves wrapped into a European jewel-heist caper headed by a Kermit the Frog look-alike and his dastardly sidekick. Ricky Gervais, Tina Fey, and Ty Burrell head up the human cast, with James Bobin directing from a script he wrote with Nicholas Stoller.

Get ready to explore Wonderland with Dora and Boots! When Dora’s kitties run through a magic mirror, Dora becomes “Dora in Wonderland” in this double-length special based on the classic tale. Plus, your kids will become book explorers with Dora as she journeys into classic stories in a bonus episode never before released on DVD.

Barbie stars as Lumina, a mermaid who dreams of being a princess and who also has a magical power that makes pearls dance and glow. Lumina and best friend Kuda, a pink seahorse, embark on an adventure to a majestic mer-kingdom. There, she uses her powers to help her friends prepare for the Royal Ball. Lumina then discovers that her magical pearls are the key to unlocking her true destiny and ultimately saving the kingdom. Special features include digital and ultraviolet copies; Mermaid Party, Light Up the World, and Life in the Dreamhouse music videos; and Barbie: Life in the Dreamhouse episode.

In a distant corner of the galaxy, Luntar the Looter is menacing passing ships and stealing their power sources. When a dark shadow falls on the sunny planet of Tootanny, the USS Applepies fleet is deployed to put a stop to this space pirate. Captain Cuke (Larry) and first officer, Mr. Spork (Bob) hop in their space-ion wagon posing as undercover Tootany tourists to find Luntar. Along the way, Cuke and Spork discover that the villain is himself a victim, desperately trying to save his planet from solar burst popcorn meteorites. What follows is the ultimate story of sharing and caring. 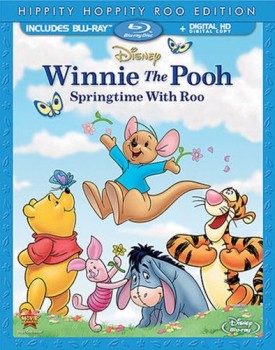 Each year, Rabbit plays Easter Bunny, but this year, he’s decided it’s “Spring Cleaning Day,” and he orders everyone to hop to it: scrubbing, dusting, and mopping. All his pals are disappointed – especially little Roo, until Rabbit learns that putting others first and showing friends how much you care turns every day into a precious gift.

Those adorable Bubble Guppies are making all kinds of new animal friends – squirrels, ducks, rhinos, elephants, and more. Join the class for six fin-tastic field trips that will have your little ones learning about all kinds of animals from around the globe.

Now that Mowgli’s living in the “man-village,” he cherishes his new best friend and little brother, but he still has that jungle rhythm in his heart. He misses hanging out with happy-go-lucky Baloo the bear and Bagheera the panther. So he runs off into the jungle and encounters his enemy Shere Khan. This time, he’ll need both his new human family and his old jungle friends to help save the day.

Fearless optimist Anna (Kristen Bell) teams up with Kristoff (Jonathan Groff) in an epic journey, encountering Everest-like conditions, and a hilarious snowman named Olaf (Josh Gad) in a race to find Anna’s sister Elsa (Idina Menzel), whose icy powers have trapped the kingdom in eternal winter. One of my favorite children’s movies of 2013.

For the first time since their original TV broadcast, all 24 episodes of season one are now on DVD, newly restored and remastered for optimal picture and sound quality. The set includes the original, full-length pilot movie that introduced the Ingalls family to millions of viewers around the world. Relive all the heartwarming adventures from season one from the arrival of Charles Ingalls and his family in Walnut Grove, through the building of a new home and friendships, to battling for their lives against a vicious blizzard in this ultimate collection.

Join Hiccup and his brave Viking friends as they battle surprising new enemies in 10 fun-filled animated adventures based on the Academy Award-nominated hit movie “How To Train Your Dragon.”