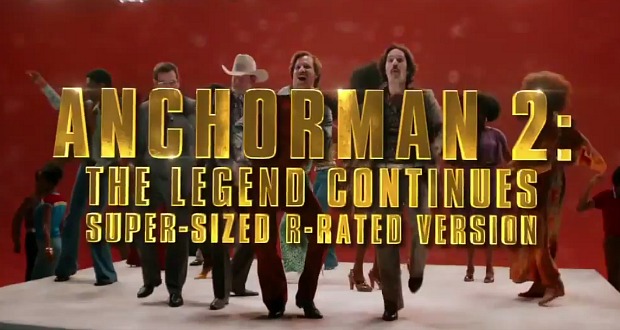 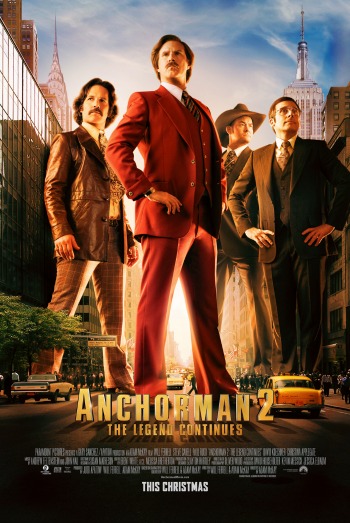 This is a first! The comedy “Anchorman 2: The Legend Continues: Super Sized R Rated Version,” will be re-released with 763 all-new jokes for one week only beginning Feb. 28.

We don’t know who counted, but Paramount claims there are 763 all-new jokes that were not in the original cut. Also, this version, which is R-Rated, will be raunchier than the previous film.

Explains writer/director Adam McKay, “When my editor told me we had a whole different version of the movie that was more than two hours long with nearly 800 new jokes, I was shocked. But when Paramount said they were actually going to put it in theaters, I did a 1950’s spit take.  If you’re a hardcore ‘Anchorman,’ fan, go see this. If you’re not, stay very far away.”

“Anchorman 2: The Legend Continues,” a sequel to 2004’s cult film “Anchorman: The Legend of Ron Burgundy,” was released in theaters on Dec. 18, 2013 and has earned more than $170 million at the worldwide box office to date.

Also back for more are Ron’s co-anchor and wife, Veronica Corningstone (Christina Applegate).  The film, produced by Judd Apatow, Will Ferrell and Adam McKay, is written by Ferrell and McKay.

For ticketing info, go to www.AnchormanMovie.com.