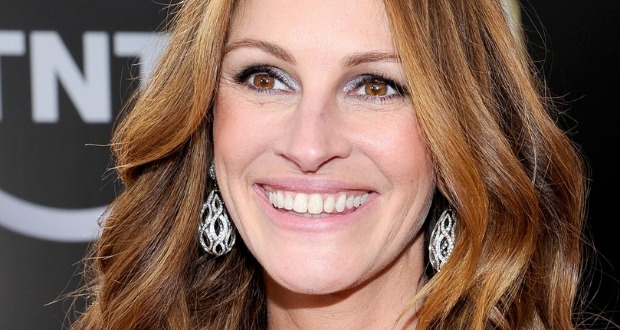 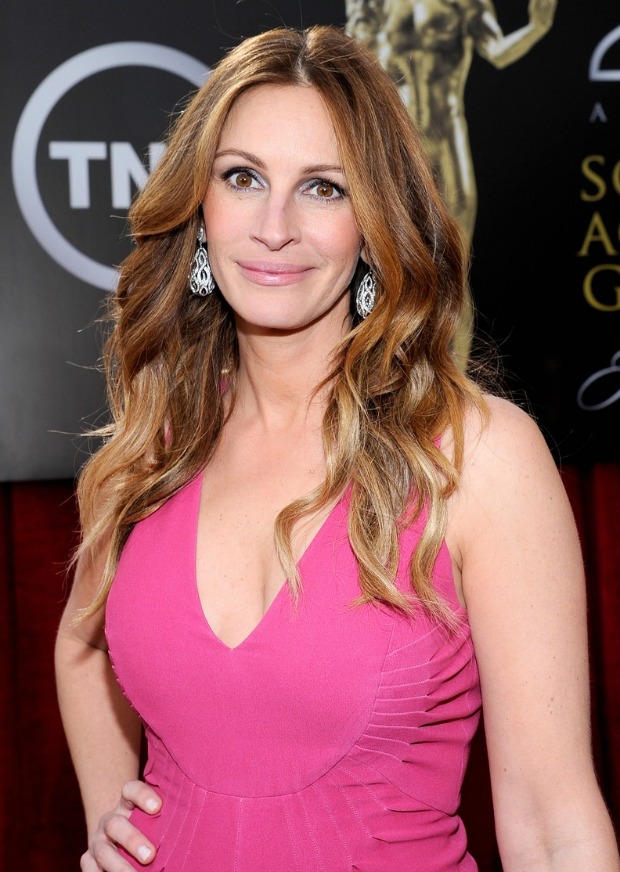 Julia Roberts is gorgeous on the red carpet at the 2014 Screen Actors Guild Awards, a.k.a. the SAG Awards, held at the Shrine Auditorium on Saturday, Jan. 18, 2014 in Los Angeles. Think pink number looks like a gown, but it’s actually a jumpsuit! She wears it well.

The 46-year-old actress was nominated in the Outstanding Performance by an Actress in a Supporting Role category for her work in August: Osage County, but lost out to Lupita Nyong’o in the first award handed out this evening.

Julia is also nominated tonight for her work in the Outstanding Performance by a Cast in a Motion Picture. 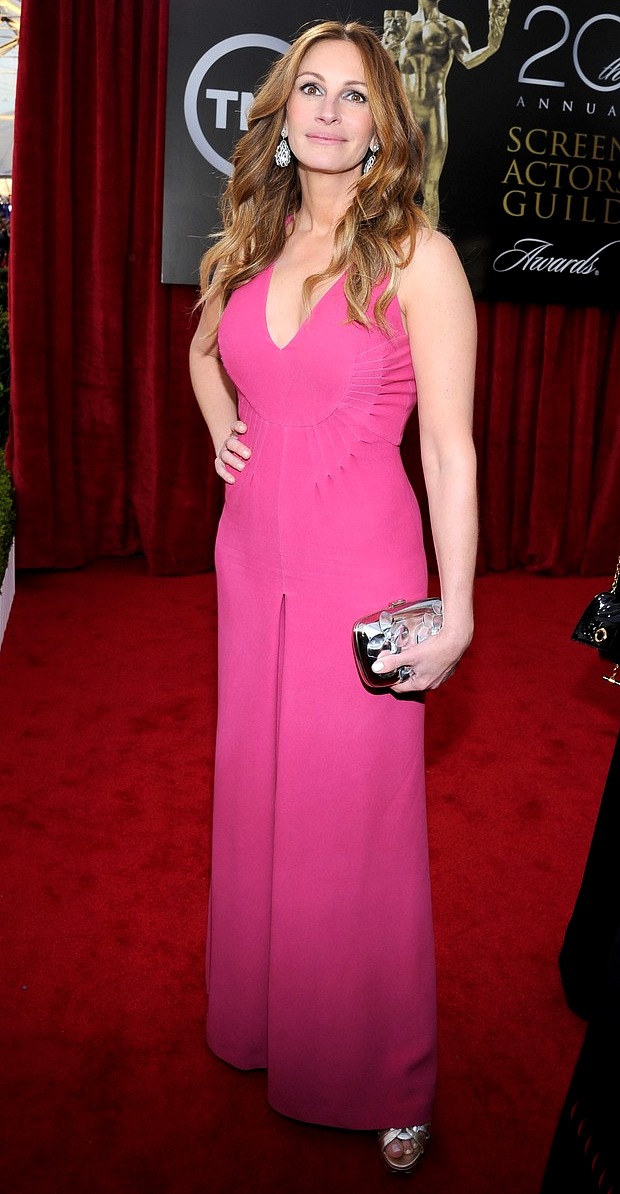