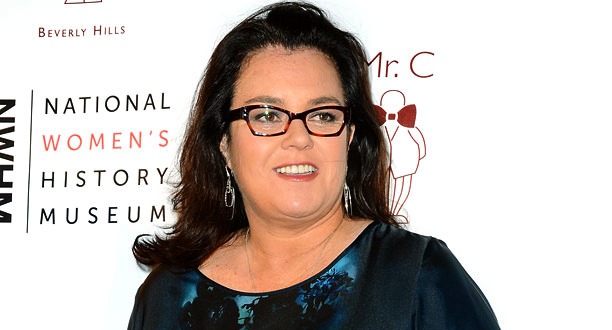 February is sweeps month, so it’s a good way to get some attention.

ABC sent out a press release this morning from executive producers Barbara Walters and Bill Geddie announcing the news of Rosie’s return. The appearance marks the first time O’Donnell will return to the talk show since moderating Season 10 in 2006-2007.

In making the announcement, Ms. Walters said, “I have great affection for Rosie and we have remained in contact through the years. I am happy to welcome her back to the program. She is always a lively and engaging guest and a part of the show’s successful history.”

So what’s Rosie been doing? She had an unsuccessful talk show on the Oprah channel, but now she’s in the ABC Family’s hit series “The Fosters” as Rita Henricks, a tough yet compassionate woman who works in the foster care system and is a mentor to a member of the Foster family. She also got married and has been spending a lot of time with her large family.

The show has lost some of its bite since Joy Behar and Elisabeth Hasselbeck left. I was not a fan of Hasselbeck, but at least she got other people riled up and it gave the show some juice. McCarthy is a very appealing presence but she’s a bit too jokey for my taste. And I miss Joy.

It will be good to see Rosie back. She’s fearless! She will take on anyone, including Donald Trump, who insulted her but she never gave an inch.

Check out O’Donnell’s web site, which includes photos of her wife and most recent family additions. At this writing, she hasn’t posted an announcement of her return to “The View.”