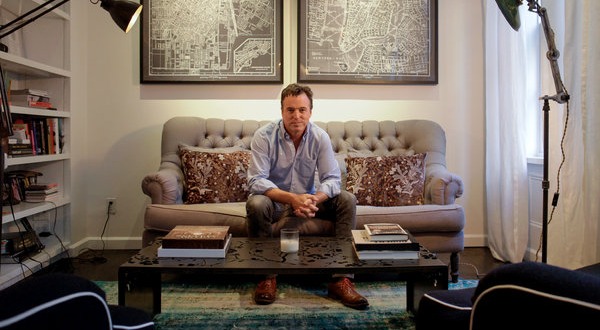 Holy moly, it takes a lot of production people to put together the Academy Awards telecast!

The Academy of Motion Picture Arts and Sciences producers Craig Zadan and Neil Meron announced 13 key members of their production team today for the Oscar show that will air on Sunday, March 2, live on ABC from the Dolby Theater in Hollywood. And most of the artists on the production team have strong Broadway theater backgrounds.

Renowned scenic designer Derek McLane, who designed the 2013 Academy Awards, will return to spiff up this year’s telecast as well.

I met McLane on the red carpet Sunday night at the Broadway opening of  “Beautiful: The Carole King Musical,” which he designed.  He’s best known for his Broadway set designs for numerous shows, including, “The Heiress,” “Nice Work If You Can Get It,” “Gore Vidal’s The Best Man,” “Follies” and “Anything Goes.” He received four Tony award nominations and won for “33 Variations,” starring Jane Fonda. Last year’s Oscar telecast earned him an Emmy nomination for his art direction.

McLane’s designs for “Beautiful: the Carole King Musical,” starring sensational Jessie Mueller, features snazzy stagecraft and sets that glide around to showcase the sleek production numbers, of which there will presumably be many at this year’s Oscars.

“Beautiful” traces King’s career from the time she was 16 and began to write her hits, to when she reached 30 and became a solo writer-performer. Much of the action takes place in the rehearsal studios of the Brill Building where King wrote and perfected her craft, as well as in her modest Brooklyn apartment. There are simple but dramatic scenes where she’s sitting down at the piano illuminated by a simple spotlight.

“There were a lot of transitions in the show,” McLane told me, “and that’s something I worked really, really hard on, trying to figure out how to make them smooth and quick and not take too much effort. I didn’t want them to feel like they sort of added time to the story.”

“I was inspired by the line that Carole King has very early on in the story when she describes going to Times Square the first time,” McLane said. “She says that where she’s going is like a factory but they make songs, and that was my inspiration for the set, was trying to figure out what did that look like. I had to kind of make it up.”

The most challenging part of the design for “Beautiful,” he told me, was configuring all the many different scenes in the show. “A lot of scenes are short, and there’s a lot of different scenes with pianos in them. And so figuring out how to make different offices with a piano in them, led to that spinning, rotating piano that moves around, so that we didn’t have to bring on different pianos for each one of those scenes. Once I figured that out, that was sort of the core of the design.”

I asked if it’s a bigger challenge than designing the Oscars.

“It’s a completely different challenge,” he smiled. When I asked if he was returning as the Oscar scenic designer, he was cagy and said only, “We’ll find out next week.” He smiled, and I knew the answer.

Other key members of the production team include Hamish Hamilton, who last directed the Oscars in 2010. Hamilton directed the opening ceremonies of the 2012 London Olympics, among many other shows, and will direct the upcoming 2014 Super Bowl halftime show featuring Bruno Mars.

Choreographer Rob Ashford, who has worked on two previous Oscar telecasts, in 2009 and 2012, has rejoined the team. He is famous as a Broadway choreography of many hit shows, including “Evita” and “The Wedding Singer.” He’s been nominated for eight Tony Awards and won in 2002 for his choreography for “Thoroughly Modern Millie,” starring Sutton Foster. Ashford is also the choreographer on the upcoming feature film “Cinderella,” directed by Kenneth Branagh and starring Cate Blanchett.

In addition to Ellen DeGeneres’ television team of writers, Kristin Gore, Amy Ozols and Jon Macks also join the writing staff. Other Oscar returning artists include music director William Ross and costume designers Julie Weiss and Bruce Pask. Pask debuted as a theatrical costume designer in Joe Montello’s Broadway revival of Noel Coward’s “Design for Living.” He has created costumes for the Broadway musical revival of “Promises, Promises,” directed by Rob Ashford, who also worked with him on the 33rd Kennedy Center Honors for which Pask received Emmy honors.

Weiss has designed costumes for more than 50 feature films, including being Oscar-nominated for her work in “Frida” and “Twelve Monkeys.” Weiss has earned Emmys for her work in “The Dollmaker” and “Woman of Independent Means” and has an additional five Emmy nominations.  Her Broadway credits include “The Elephant Man” for which she received a Tony nomination, and she’s worked with Rob Ashford in last season’s production of “Cat on a Hot Tin Roof.” She is currently designing for Ashford’s production of the opera, “Carmen.”