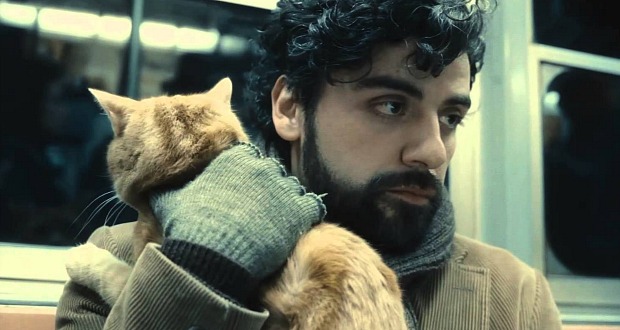 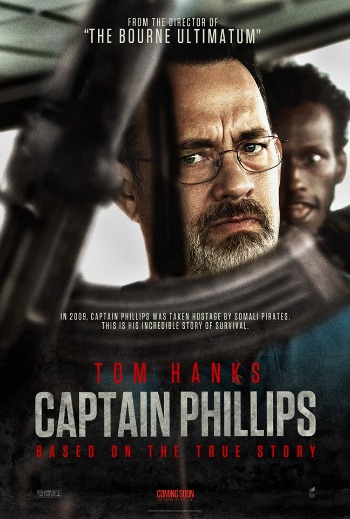 We still have nearly a month and a half to go before the Oscars on Sunday, March 2, but if you’re like me, awards battle fatigue has already set in. I figured there wouldn’t be many surprises when the Oscar nominations were announced, but I was wrong.

First, there were the omissions, or what bloggers like to call “snubs.” This is supposed to whip up some indignation and outrage to rev you up in case you’ve gone into a deep slumber over awards chatter, so here goes:

Missing from the best actor list is the most likable actor in the world – Tom Hanks. He didn’t make the cut for best actor for “Captain Phillips,” but the back-up plan was a supporting nomination at least for “Saving Mr. Banks.” That didn’t happen either.

“Saving Mr. Banks,” about the 20-year struggle between Walt Disney and J.L. Travers to bring “Mary Poppins” to the screen, didn’t get much love from the Academy.

The biggest snub to “Saving Mr. Banks” is Emma Thompson’s omission from the best actress list. Her star turn as the cranky author in a performance that was stripped of all sentimentality but endowed with nuance and emotion was overlooked.

Instead, Thompson’s pal, Meryl Streep, who presented her with the National Board of Review award last week, did make the best actress list. Like the rest of the world, I’m a big Meryl Streep fan, but I think she’s literally awful in “August: Osage County,” where she chews up the scenery in a one-note hammy performance. When I saw the stage production on Broadway, I was shaken by the richness of the play and the complexity of the characters, but the movie version left me unmoved and checking my watch. Meanwhile, I’ve seen “Saving Mr. Banks” twice and each time found something more to appreciate about Thompson’s performance.

During Meryl Streep’s presentation of the NBOR award to Emma Thompson last week, Streep commented on Walt Disney’s racism and anti-Semitism, and this has led to conjecture that this is the reason the movie was shut out of Oscar consideration. The charges against Disney are true. (Here’s an article I wrote on that very subject two decades ago for the New York Times.) But that shouldn’t detract from Thompson’s performance. In fact, the only nomination the film received was for music, which went to Thomas Newman’s original score.

The other nominees for best actress get no argument from me: Amy Adams (“American Hustle”), Cate Blanchett (“Blue Jasmine”), Sandra Bullock (“Gravity”) and Judi Dench (“Philomena”). Blanchett won this trophy months ago and now only has to pick it up.

Also, another glaring snub, is the omission of  the names of Robert Redford for “All Is Lost” and Oscar Isaac for “Inside Llewyn Davis.” Neither of those movies received much Oscar love. “All Is Lost,” the J.C. Chandor one-man movie about a man adrift in the ocean, received recognition only for sound editing (Steve Boeddeker and Richard Hymes). Isaac is so terrific in the Coen film as a failed 1970’s folk singer – he sings as beautifully as he acts – that his absence on the best actor nominee list is a real disappointment.

The actors who made the cut are Bruce Dern (“Nebraska”), Christian Bale (“American Hustle), Leonardo DiCaprio (“The Wolf of Wall Street”), Chiewetel Ejiofor (“12 Years a Slave”) and Matthew McConaughey (“Dallas Buyers Club”). I must admit, I’m surprised Bale is on the list since this is the first time his name has come up, and I don’t think his performance is as strong as either that of Redford or Isaac.

Although Hanks, as mentioned, didn’t make the cut, for “Captain Phillips,” the movie did net a supporting actor nod for Minneapolis first-time actor and former limousine driver Barkhad Abdi, who played the Somalian ring-leader pirate and kidnapper; he brings to the role an unexpected sympathy for a character who could have been a one-note villain. There’s a man who will have to pinch himself a hundred times Oscar night to actually believe he’s in the Dolby Theater competing in the same category as Bradley Cooper (“American Hustle”), Michael Fassbender (“12 Years a Slave”), Jonah Hill (“The Wolf of Wall Street”) and Jared Leto (“Dallas Buyers Club”). Although Leto has been getting a lot of awards glory for his star turn as transgendered Rayon, I think Fassbender will walk away with the gold statuette.

On the best director list, both Paul Greengrass (“Captain Phillips”) and Joel and Ethan Coen names (“Inside Llewyn Davis”) were left off the list. Greengrass’s documentary-style camera work is what gives the film its suspense and intensity, so his omission is a surprise. The film did make the best motion picture list.

The Coen brothers have consistently voiced their disdain about the awards process and do few interviews and no awards campaigning. I can’t help thinking that hurt them in the Oscar race, because I think “Inside Llewyn Davis” is one of their best films.

“Lee Daniels’ The Butler” received no Oscar recognition, neither for Oprah Winfrey’s performance nor for the film.

The Academy selected nine films for the best picture list and could have chosen a tenth, so the omission of “Inside Llewyn Davis,” along with the aforementioned “Saving Mr. Banks” and “All Is Lost” is glaring.

The nominations, however, all went to worthy films: “American Hustle,” “Captain Phillips,” “Dallas Buyers Club,” “Gravity,” “Her,” “Nebraska,” “Philomena,” “12 Years a Slave” and “The Wolf of Wall Street.” I think “12 Years a Slave” will walk off with the little gold man.

Surprisingly, in the animated film category, “Monster’s Ball” was shut out, although admittedly, this is a strong field with “The Croods,” “Despicable Me 2,” “Frozen” and “The Wind Rises.”

In the best documentary race, I was sorry to see Sarah Polley’s “Stories We Tell,” which is about the writer-actress’s search to unravel mysteries in her mother’s past, omitted from the nominations. But it’s a strong field and “Cutie and the Boxer,” “Dirty Wars,” and the sensational “20 Feet From Stardom” about backup singers, are all worthy nominations. And the winner should be “The Act of Killing,” by Joshua Oppenheim and an anonymous co-director, that is a haunting and chilling look at the brutal leaders of the 1960’s Indonesian death squads.

The movies that made the cut for best foreign film, “The Broken Circle Breakdown,” “The Great Beauty,” “The Hunt,” “The Missing Picture” and “Omar” are all strong films, but I was sorry to see that Wong Kar Wai’s “The Grandmaster” was not included. “The Grandmaster” did receive recognition for their opulent costumes (William Chang Suk Ping) and the brilliant and lush cinematography by Phillipe Le Lourd.

Screenwriter Terence Winter, who was nominated for adapted screenplay, told me on the red carpet of the National Board of Review last week that he couldn’t understand how anyone would find the depiction of the kind of behavior of the characters in the film as “something that any sane person would want to emulate or find admirable in any way.”

But here’s the biggest outrage in terms of omissions, and that is that Christian Bale’s wig hairstylist, Kathrin Gordon, was not nominated for makeup and hairstyling for “American Hustle.”

Bale’s hairpiece is like a whole separate character in the movie, and the opening scene of the film where’s he’s gluing it to his scalp tells you all you need to know about this hustler who gets over by selling illusions. Just thinking of him sticking that hair ball on his scalp still gives me the heebie-jeebies.

Which of your favorites were overlooked by Oscar? Tell us in the comments below!