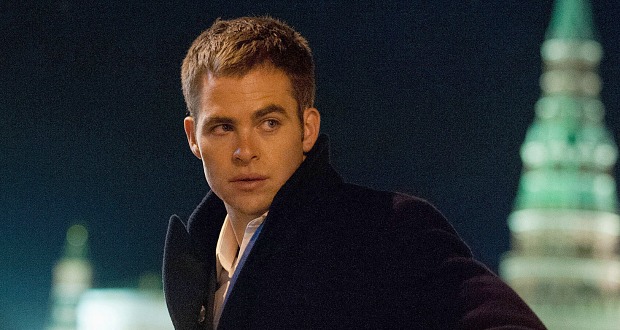 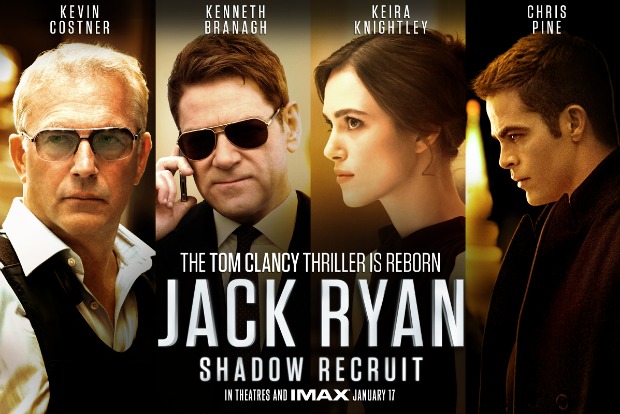 What’s new in theaters this week? Chris Pine as Jack Ryan. That’s really all you need to know. Here’s the rundown:

To his friends and loved ones, young Jack Ryan (Chris Pine) appears to be an ordinary executive; however, he has secretly worked for the CIA for years. Ryan was originally brought in to crunch global data, but when he uncovers a carefully planned scheme to crash the U.S. economy and spark global chaos, he becomes the only man with the skills to stop it. Now a full operative, Ryan finds himself caught between his secretive handler, his clueless fiancee and a brilliant Russian leader.

Ben (Kevin Hart) longs to marry his gorgeous girlfriend Angela (Tika Sumpter), but before he can propose, he must first get the approval of her tough-as-nails brother James (Ice Cube), a top detective in the Atlanta Police Department. When aspiring police officer Ben gets accepted into the academy, he finally musters the courage to ask for James’ blessings. Still unconvinced that Ben has what it takes to provide for his beloved baby sister, James invites Ben on a ride-along through the toughest parts of town. At first James’ efforts to terrify the young trainee go perfectly according to plan, but once the pair incur the wrath of Atlanta’s most feared criminal, all bets are off.

After a mysterious, lost night on their honeymoon, a newlywed couple finds themselves dealing with an earlier-than-planned pregnancy. While recording everything for posterity, the husband begins to notice odd behavior in his wife that they initially write off to nerves, but, as the months pass, it becomes evident that the dark changes to her body and mind have a much more sinister origin.

“The Nut Job” takes place in the fictional town of Oakton and follows the travails of Surly (voiced by Will Arnett), a mischievous squirrel, and his rat friend Buddy. The two plan a nut store heist of outrageous proportions and unwittingly find themselves embroiled in a much more complicated and hilarious adventure.