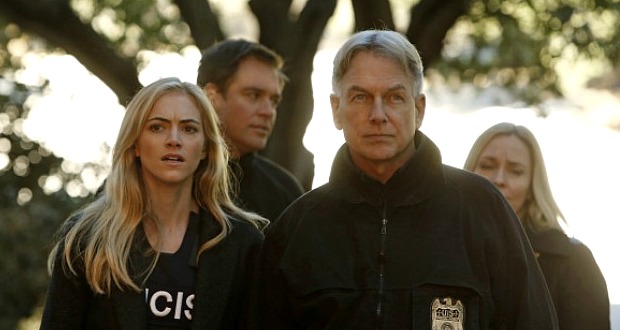 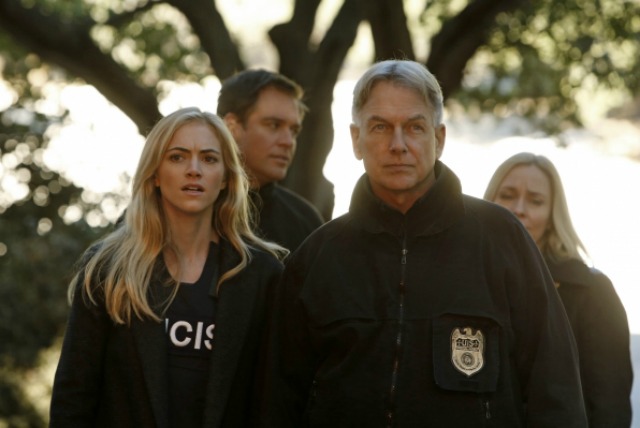 Firstly, a belated Happy New Year to all readers!

Okay. After about three months, “NCIS” has finally picked up the story arc that started in January last year and was last dealt with in the first two episodes of the current season.

Episode 2: Past, Present, and Future

I cannot begin to say how happy I am with this episode. Just like probably all viewers, I have been waiting for them to get back to this case. I know that nothing has really been solved yet, but so much happened and I thought the writing was just really, really great. This is the first episode since Ziva that I’m genuinely very excited about.

Okay. So, Benham Parsa was back. He is in the United States, and he had a man killed by using a surveillance drone. The victim, Petty Officer Daniel Coyne, was stationed at N.A.S Pax River and was specialized in flying the type of drone that was used to kill him.

McGee’s girlfriend Delilah tells us that Coyne was part of an operation in Pakistan six months ago; a drone strike on a terrorist camp that belonged to Parsa. They were successful, except for the fact that Parsa got away. This was the U.S. response to the bombing that killed SecNac Jarvis. Coyne was part of the kill chain and flew the drone that confirmed Parsa was present at the camp.

It turns out Coyne’s U.A.V. went down during the strike due to mechanical failure. Defense believes that Parsa and his men recovered the drone, smuggled it to the States, and are now using it to their own benefit.

Complicated stuff throughout the episode, before finding Parsa. I just want to go through what happened and then go back to some things that happened before, to see where we are now.

The woman who was at Rock Creek Park with Daniel Coyne when he was killed turns out to be a suspect. Our old friend, Gibbs’s almost-fourth-ex-wife Hollis Man, reappeared. She now works at the Department of Defense and tells NCIS that the woman, Erin Pace, is a highly trained computer programmer and software engineer who works at Rhinehart Carrion; the defense contractors who build and maintain the drones at Pax River. Their computer systems were hacked a month ago. Erin Pace has been missing for a few days, and she is definitely capable of reconfiguring a drone.

Through Pace, and thanks to Abby, they find Yusef Ryder. Ryder has been arrested for violent crimes multiple times. While serving his latest prison sentence, he converted to Islam. He is the kind of guy Parsa loves to recruit.

They track down Ryder, but instead of finding him, they find Erin Pacem tied up in his van. She says she was kidnapped and taken to some kind of storage building. She says she was forced to reconfigure the drone. They were threatening to hurt her husband.

Gibbs thinks that Coyne’s murder was a test run and Parsa is planning another attack. Pace says she heard Parsa and his men talk. They used the word “acrabat”.

Acrabat is the Secret Service code name for Joined Base Andrews, where the Secretary of Defense has scheduled a meeting with several world leaders for the next day. However, Hollis Mann has coordinated with the Secret Service to relocate the event. Parsa doesn’t know this, so it gives NCIS and D.O.D. the perfect opportunity to catch him.

Next, our team figures out that Parsa is operating the drone by ‘piggybacking’ off local radio towers. McGee and Abby are able to trace the signal to a storage building, presumably where Erin Pace was held.

When they go to check the place out, they find Yusef Ryder, who starts shooting at them. Bishop shoots back as Ryder runs into the building and the place explodes. Of course, this makes it seem as if all evidence is gone. But Abby finds out that there were parts from several drones in the building. Pieces from old drones, to be exact. They find out Bishop did not cause the explosion. It was planned, except probably after Ryder had left. Parsa wanted them to think that the drone was destroyed. 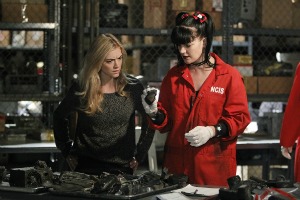 Ducky figures out that Ryder’s many tattoos all signal ties to several “unpleasant organizations, all of which offer protection in prison and employment on the outside.” He is a survivor. Not the kind of person who would want to ‘die for the cause.’ It makes the most sense that Parsa, himself, set off the bomb. Ducky says that “Parsa is the type of man who revels in deceit and misdirection. Nothing is ever what it seems.”

This causes Gibbs to reconsider Erin Pace. They look into her and find out her husband left her. He left her with debts. Her story about the men threatening her husband was not true. Yes, they bribed her, but she did it for the money. She even lured Coyne to the park where he was killed.

In the middle of all of this, McGee has decided to go to a gala with his Delilah. She was awarded a prestigious fellowship by the Comrad Institute for her work in counter terrorism. At first, McGee did not want to go with her but Tony, and mostly Abby, convince him to go. While he and Delilah are at the gala, the rest of the team figure out that the gala is Parsa’s target. Or rather the people who are present. They have all been after Parsa for years. Tony calls McGee to tell him to get everyone out of there, but it’s already too late, you can hear the drone approaching.

While Gibbs and Mann are on their way over there, Bishop calls to tell them they got a hit on the radio frequency. They find Parsa and a few of his men, but of course, Parsa gets away.

Thank goodness McGee is okay, but there were casualties at the gala. And we don’t know yet how Delilah is going to come out of this.

So … this is what happened now. It’s a lot. But we’re not nearly finished. I just went over my own recaps from episodes one and two of this season, and there is so much that is still to be solved.

Yes, we know that Parsa is behind this. All that is left is to catch him. But what about all the other stuff? I think we still don’t know exactly how Mendes and Parsa were involved. Mendes seemed to be calling the shots, but it’s also Parsa who is portrayed as the leader. And what about Henry Coldwell, the guy who shot at Tony in the first episode? I’m sure he’s just another of Parsa’s men, but they still haven’t caught him either.

A big problem for me is everything that had to do with Ziva. How is that going to work out? She was their next target. Morrow said that Eli David knew too much and they thought Ziva did too. They went after her in Israel, but since Tony left her there, we haven’t heard anything about her. Are they still after her? Is she okay?

And what about Bodnar? He’s the one who killed Eli David. Was he one of Parsa’s men? There was a lot going on within Mossad too, so now I’m just not sure whether Bodnar killing David when he did was a ‘coincidence’ or if he was in with Parsa too.

Additionally, I’m still bothered by Parsons. As much as it seemed he could not be trusted when he first appeared, he seemed one of the good guys. But nobody has explained to me how he could have possibly known about Eli’s secret safe house.

I still have a lot of questions and feel confused. Did I miss something? Please tell me in the comments below. Maybe we will know more next week.