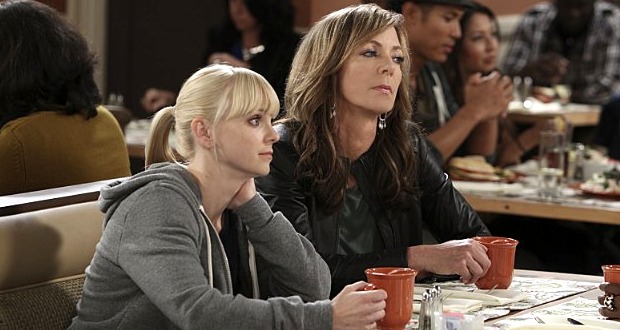 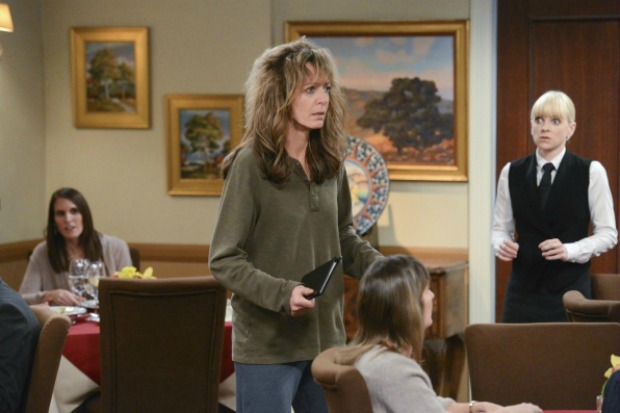 Who are the best female comedians on TV? Mindy Kaling? Melissa McCarthy? Zooey Deschanel? Julia Louis-Dreyfus? Kat Dennings? Yes, they are all hilarious, and I love and respect each one of them … but, after watching several episodes of “Mom,” I have to say that Allison Janney can compete with them all. I couldn’t believe she was that funny. I mean really laugh-out-loud funny, and I love it!

Most baby boomers remember her for her dramatic roles, especially playing C.J. Cregg on “The West Wing,” for which she won four Emmys and two Screen Actors Guild Awards. She recently played Margaret Scully in “Masters of Sex” (excellent – and is coming back in season two), and has been in numerous movies, such as “Drop Dead Gorgeous,” “Juno” and “The Help.”

In “Mom,” Janney plays Bonnie, a recovering alcoholic and addict who comes back into her daughter’s life (who is also a recovery alcoholic), and the two share crazy stories and struggles. Janney and Anna Faris (Christy) are great together.

The show needs a little tweaking, but I really think it has a lot of potential. The cast is good, but Janney is the stand-out. Her delivery and lines are fantastic, and she steals the show in many of the scenes.

You be the judge. Here are a couple of clips:

What do you think? Have you watched “Mom”? Do you like Allison Janney in comedy?