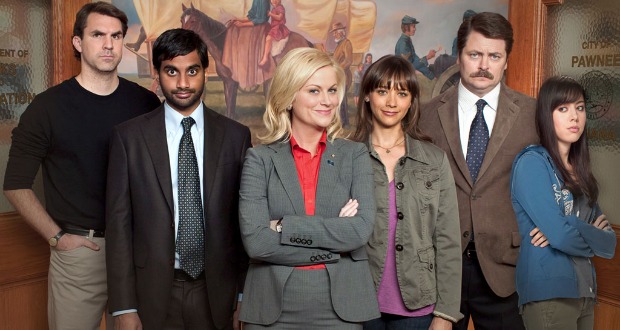 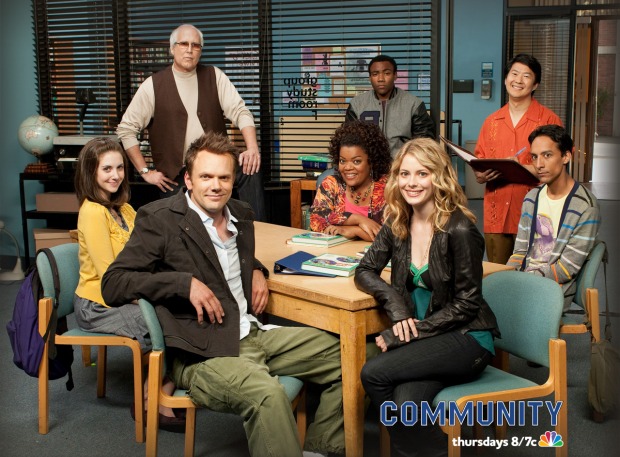 The Big Bang Theory NEW
Sheldon must learn how to relax when he is forced to take a vacation; Leonard tries to support Penny when she quits her job; Bernadette needs to replace one of Stuart’s comic books.
8:00 – 8:31 PM ET on CBS

Community NEW
Dean Pelton initiates an investigation into an anonymous bandit; Jeff is suspicious when someone makes a confession.
8:00 – 8:30 PM ET on NBC

The Millers NEW
Nathan mimics one of Carol’s rants at work and ends up being rewarded with a news segment to complain on air.
8:31 – 9:01 PM ET on CBS

Parks and Recreation NEW
Leslie makes plans for her future with Ben as she comes to term with her last day in office; Ann and Chris learn the sex of their baby; Chris returns from London.
8:30 – 9:01 PM ET on NBC

The Crazy Ones NEW
When the rest of the office comes down with the flu, Simon lets Lauren work with a big client facing a PR disaster.
9:01 – 9:31 PM ET on CBS

Farm Kings NEW
Converting the land into an ag-entertainment mecca with CSA customers in the fields.
9:00 – 10:00 PM ET on GAC

Gypsy Sisters NEW
The road trip comes to an end; Robbie makes a surprise appearance in Tennessee; a girl’s trip to a winery; a dramatic Mellie outburst.
9:00 – 10:00 PM ET on TLC

The Millionaire Matchmaker NEW
A superficial man has a hard time connecting with women; a divorced entrepreneur needs help filtering out the crazies.
9:00 – 10:00 PM ET on Bravo

Mysteries at the Museum NEW
A black and white negative image; a wax figure of a revolutionary woman; a deadly missile.
9:00 – 10:00 PM ET on Travel

Sean Saves the World NEW
Max and Sean team up when Max’s dad returns to be with Lorna; Ellie turns to Liz and Hunter for advice.
9:01 – 9:30 PM ET on NBC

White Collar NEW
Hagen gives Neal his final assignment and a life hangs in the balance.
9:00 – 10:01 PM ET on USA

The Michael J. Fox Show NEW
Mike worries he is off his game when he is scooped on a story about a mobster living in his building; a statue causes a fight.
9:30 – 10:00 PM ET on NBC

Pawn Stars NEW
Corey and Chumlee check out a pair of baby Air Jordans signed by Michael Jordan; a medallion once owned by Liberace; Rick uses surveillance video to see how much the staff plays while the boss is away.
9:30 – 10:00 PM ET on History

Two and a Half Men NEW
Lyndsey’s boyfriend sets Alan up on a date; Walden wants to help Nicole with her project so she will have time to date him.
9:31 – 10:01 PM ET on CBS

Courtney Loves Dallas NEW
Courtney struggles to pull herself together after her meeting with Matt; Tori and Courtney travel to Texas.
10:00 – 10:30 PM ET on Bravo

Elementary NEW
Holmes and Watson investigate the mafia’s connections to a dead body in a barrel; Sherlock tries to make things right with Detective Bell.
10:01 – 11:00 PM ET on CBS

Ground Floor NEW
Jenny takes a trip to Paris without Brody; Threepeat lies on his resume and must learn fluent Mandarin in one day; Mansfield makes an announcement that could change everything.
10:00 – 10:30 PM ET on TBS

Impractical Jokers NEW
The guys strike the wrong chord as music instructors and try to save face in a humiliating focus group face-off.
10:00 – 10:30 PM ET on truTV

Mob Wives NEW
The women visit a strip club in Las Vegas; Drita must tell Lee she lost thousands; Alicia has to deal with Eddie’s sentencing.
10:00 – 11:00 PM ET on VH1

Parenthood NEW
Sarah receives good news about a job; Jasmine is less than thrilled when Crosby opens his home to Oliver Rome, whose band has reached a breaking point; Amber is faced with a painful reality.
10:00 – 11:00 PM ET on NBC

Rodeo Girls NEW
Darcy holds a big gala at her estate to celebrate her birthday and the Fourth of July; the women face decisions as the barrel-racing season comes to an end.
10:00 – 11:01 PM ET on A&E

Toned Up NEW
Katrina and Karena get distracted while throwing an event.
10:30 – 11:00 PM ET on Bravo

You Gotta Eat Here! NEW
The cure for what ails you at Elgin Street Diner; a smoked-meat sandwich at Schwartz’s Deli; the K2 Mountain Burger at Mrs. Riches Restaurant.
10:30 – 11:00 PM ET on Bio