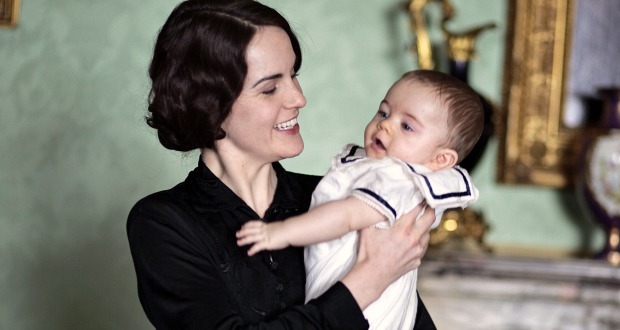 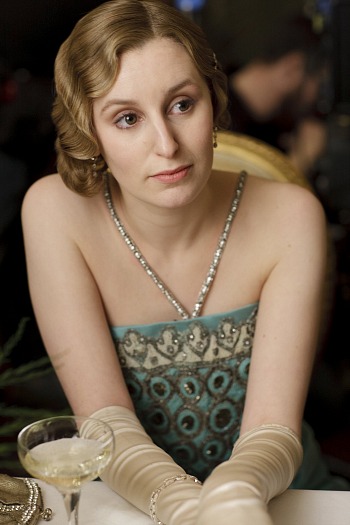 What’s on TV tonight? Lots of new stuff! Including the premiere of season four of “Downton Abbey.” Yay! Also, new episodes of “The Good Wife,” “Revenge,” “Betrayal,” The Simpsons,” “Family Guy,” and “The Mentalist.”

The Bachelor NEW
A look at new bachelor Juan Pablo Galavis’ life in Miami, his family and his relationship with his daughter; the casting process; profiles of bachelorettes.
8:00 – 9:00 PM ET on ABC

Guy’s Grocery Games NEW
The chefs are tasked to make their best dish using only the produce and condiments aisle; using five ingredients or less to make an upscale chicken dinner.
8:00 – 9:00 PM ET on Food

The Real Housewives of Atlanta NEW
Porsha is ready to move out of her mom’s; Cynthia’s sister arrives and plans to stay for a while; Kandi and Momma Joyce catch up; NeNe and Phaedra are invited to dinner by Mynique’s husband.
8:00 – 9:00 PM ET on Bravo

See Dad Run NEW
Joe begins sleepwalking due to nerves over his first kiss with Amanda; David accidentally gives Joe terrible advice about a first kiss; Marcus stays with the Hobbs while his wife is away.
8:00 – 8:30 PM ET on Nick

The Simpsons NEW
When Bart teaches Homer to download pirated movies, he is thrilled until he gets caught.
8:00 – 8:30 PM ET on FOX

Bob’s Burgers NEW
Bob and Linda ask Teddy to watch the kids while they attend a burger convention.
8:30 – 9:00 PM ET on FOX

Instant Mom NEW
Stephanie plans activities at home when the family gets snowed in on vacation.
8:30 – 9:00 PM ET on Nick

Chopped NEW
The chefs must make use of ingredients that are usually thrown out; the competitors have to get creative with a little bit of salad dressing and some paltry scraps of poultry; using fruit and veggie peels in desserts.
9:00 – 10:00 PM ET on Food

Gator Boys NEW
Jimmy causes major friction with Paul when he buys a restaurant while they are already stretched thin by road shows and a new juke joint.
9:00 – 10:00 PM ET on Animal Pl

The Good Wife NEW
Will joins the opposing council when Alicia represents a band suing a TV show, transforming a simple case into psychological warfare.
9:00 – 10:00 PM ET on CBS

Revenge NEW
The Graysons try to protect their own, as suspicion grows about the shooting of Emily Thorne.
9:00 – 10:01 PM ET on ABC

Ultimate Survival Alaska NEW
The teams trek up and over the Tordrillo Mountains.
9:00 – 10:00 PM ET on NatGeo

American Dad NEW
After Roger gets in an accident while trying to take a picture of his crotch on a traffic cam, he begins having visions of the future.
9:30 – 10:00 PM ET on FOX

Betrayal NEW
A confession rocks the Karsten and McAllister families; Sara revisits the past in hope of finding exonerating evidence.
10:01 – 11:00 PM ET on ABC

Team members travel to Bozeman, Mont., where they use a dog-sled team to take them to a nearby valley to lure Bigfoot.
10:00 – 11:00 PM ET on Animal Pl

Freaks of Nature NEW
Tomm de Witte is blind but he has mastered the ability of flash sonar and can map objects in any environment.
10:00 – 10:30 PM ET on Weather

The Mentalist NEW
The FBI must find the person responsible for the deaths of several DEA agents; Jane goes on a date with a woman associated with the case.
10:00 – 11:00 PM ET on CBS

Freaks of Nature NEW
Michail Vasilyev can harness magnetism, using it to stick huge objects to his body.
10:30 – 11:00 PM ET on Weather