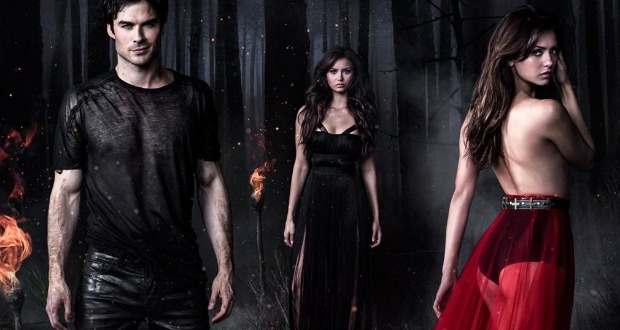 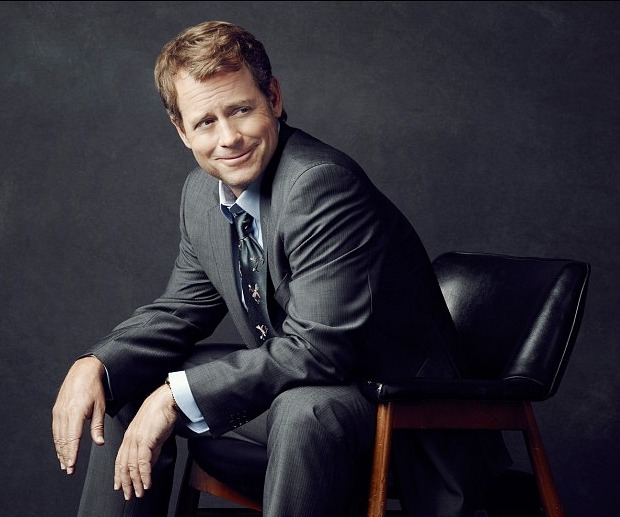 Community | NBC
Analysis of Cork-Based Networking
Annie and Professor Hickey prepare for the midterm dance and must navigate power struggles with the custodial, IT and parking staff.

Here Comes Honey Boo Boo: WatchNTweet | TLC
Familymoon
In an enhanced episode, the family take an RV journey—in lieu of June and Sugar Bear’s honeymoon—that includes a tour of an animal safari, a stop at a children’s museum and a visit to a candy shop.

NBA Basketball:Cavaliers at Knicks | TNT
Cavaliers at Knicks
Cleveland at New York. Kyrie Irving blitzed the Knicks for 37 points and 11 assists in a 109-94 Cleveland win on Dec. 10. Luol Deng has since joined the Cavs, who’ve dropped four in a row at MSG.

Shakira: Off the Charts | E!
Shakira debuts a music video and is interviewed.

The Big Bang Theory | CBS
The Convention Conundrum
Unable to score tickets for Comic-Con, Sheldon decides to stage his own comic-book convention, while the ladies attempt to act like “grown-ups.”

The This Old House Hour | PBS
Arlington Italianate Project 2014: Getting to Level
The system for leveling out the ceiling in the open kitchen and the floor in the finished basement is explained; and a hole is cut for a new window. Also: landscape architect Cricket Beauregard explains her vision for the shady front yard. In the second half: “waffle gardening,” which is a method of growing vegetables in an arid climate, is explained; mechanical dampers are added to a forced-air heating system; and a way to bisect angles is demonstrated.

The Vampire Diaries | CW
The Devil Inside
Enzo brings Damon a gruesome present and insists that they bond by committing an act of revenge; Matt impulsively decides to throw a party; Caroline makes a stunning confession to Elena; Aaron tries to make amends for his family’s past misdeeds; Elena faces a life-threatening situation with only minutes to figure out how to save herself.

Here Comes Honey Boo Boo: WatchNTweet | TLC
Hubba Bubba!
In an enhanced episode, the RV journey continues with a visit to the seashore for the girls’ first surfing lesson, and concludes with a decadent Southern meal.

Parks and Recreation | NBC
Ann and Chris
Ann and Chris spend their last night in Pawnee saying goodbye to their friends at a party thrown by Leslie, who’s determined to fulfill a promise before they go. Meanwhile, Tom, Ben, Ron and Andy get to work finding the perfect going-away present.

The Millers | CBS | starts at: 8:31
Driving Miss Crazy
Nathan gets frustrated when he is forced to drive Carol around town on errands, so Debbie volunteers Adam to drive her and the two form an unexpected bond.

Chopped Canada | FOOD
All’s Fair in Cooking and War
Shucking skills are tested when the chefs receive appetizer baskets filled with seafood. Later, entrées are made with quail; and the final dessert battle comes down to the best ice cream.

Here Comes Honey Boo Boo | TLC
Get a Job
June offers to buy a pool after Alana and Pumpkin dig a hole in the yard, but only if they earn money for it; Jessica’s date with her boyfriend is chaperoned by the whole family.

Project Runway: Under the Gunn | LIFE
Red Carpet Showdown
The designers and mentors take a Hollywood bus tour and are tasked with creating a red-carpet look for a celebrity.

Rake | FOX
A Close Shave
Keegan defends three Amish bakers when they’re accused of attempted murder for shaving off the beard of a bishop who was trying to save a woman he thought was in danger. Meanwhile, Scarlet and Ben plan a recommitment ceremony; and Keegan meets a woman on social media who shares his penchant for gambling.

Reign | CW
Sacrifice
An assassination attempt is made on Bash’s life, and Catherine appears to be responsible for it. Meanwhile, Mary offers assistance to a jailed peasant who has a curious link to Bash; and Lola tries to stop Catherine from meddling with Bash and Mary.

The Crazy Ones | CBS | starts at: 9:01
Simon Roberts Was Here
Simon loses a creativity contest to a research analyst, so Zach and Andrew try to help him refocus and get his confidence back. Elsewhere, Sydney bonds with a cat, causing her to worry if this will stifle her future relationships with fellow humans.

White Collar | USA
Diamond Exchange
In the season finale of White Collar, Neal and Peter race to find a treasure hidden beneath New York City before it falls into the wrong hands.

Anger Management | FX
Charlie Sets Jordan Up With a Serial Killer
Jordan does an unusual favor for Charlie.

Here Comes Honey Boo Boo | TLC
Funk Shway
The family consider moving when their house starts to feel small, so June puts together a wish list of what they want. Also: A trip to a blueberry festival includes Alana’s participation in a pie-eating contest.

Two and a Half Men | CBS | starts at: 9:31
Bite Me, Supreme Court
Marty proposes to Evelyn, so Alan and Walden throw the millionaire a bachelor party. Guest stars include Carl Reiner, Tim Conway, Steve Lawrence and Garry Marshall.

Crazy Hearts: Nashville | A&E
All Trucked Up
Leroy moves on from Hannah; Hannah attempts to form an unlikely alliance with Heather; and Jimmy takes a vocal lesson.

Elementary | CBS | starts at: 10:01
Dead Clade Walking
Watson examines one of Sherlock’s cold cases and discovers that an unsolved murder is connected to a rare prehistoric fossil. Meanwhile, Holmes enters uncharted territory when his duties as a sobriety sponsor cross his personal boundaries.

Toned Up | BRAVO
Two’s Company But Three’s a Crowd
Katrina and Karena must postpone shooting their DVD until their last day in Maui due to a succession of glitches. As friction rises between them, they must scramble to finish the project in time and on budget.

Welcome to Myrtle Manor | TLC
Doublewide Pride
Amanda hopes to get in shape to impress Brock; Marvin tries to catch an underwear thief; Roy wants to hire a masseuse at Tangulls; a radio station announces the winner of the Myrtle Beach trailer-park contest.

Toned Up | BRAVO
Change a Comin’
Katrina and Karena decide to shoot a video about preparing healthy cocktails. Elsewhere, Brian and Katrina plan their nuptials.