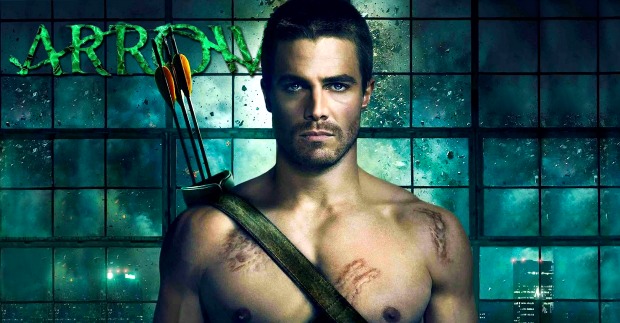 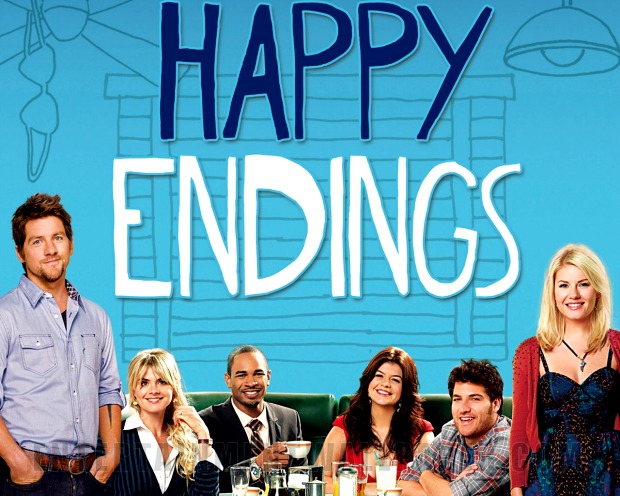 Arrow | CW
Tremors
Arrow offers to train Roy and help him control his newfound strength; the Bronze Tiger escapes from prison and steals Malcolm’s earthquake machine in order to sell it to the highest bidder; Laurel is disbarred; Moira is thrilled when Walter asks her to dinner.

Kim of Queens | LIFE
Kim of Queens Backstage: Hillbilly in Heels
Extended episode includes additional footage. Kim takes on a hillbilly girl as a client and tries to make her into a beauty queen.

Melissa & Joey | ABCFAM
The New Deal
Mel sneaks over to Joe’s new place to spend time with him, and her antics may get him fired. Elsewhere, Ryder does a news interview, which he thinks paints him in a heroic light, but it instead becomes an unflattering video on the Internet.

Nature | PBS
The Funkiest Monkeys
The plight of the crested black macaque, a feisty monkey found on the Indonesian island of Sulawesi, is examined by filmmaker Colin Stafford-Johnson, who became interested in them 25 years ago. Included: why their numbers have dropped through the years.

Revolution | NBC
Happy Endings
Charlie and Connor accompany Monroe on a risky mission while Miles and Rachel watch Willoughby; Neville receives a new assignment; and Aaron reunites with a friend.

Super Bowl’s Greatest Commercials 2014 | CBS
Boomer Esiason and Sarah Shahi host a look at the best commercials to air during past Super Bowls, with viewers choosing the top spot. Also: a preview of the 2014 commercials.

Baby Daddy | ABCFAM
Lights! Camera! No Action!
Tucker gets Danny a spot on Mary Hart’s talk show, and Danny gets overly emotional while talking about his personal life on the air. Elsewhere, Ben and Riley get into a fight after he finds her and her ex-boyfriend in a compromising position.

Suburgatory | ABC
Open Door Policy
Tessa calls her grandfather when she’s worried about George in the wake of his breakup with Dallas, but the son is not keen on his father’s advice. Meanwhile, Tessa learns that Ryan is coming home for a visit—and that he’s bringing his new girlfriend.

Buying and Selling | HGTV
Ken & Kimberly
A widower and his daughter receive help renovating their current home and looking for a new place that’s low-maintenance with two separate living areas.

Ghost Hunters | Syfy
Phantom Fleet
Michelle’s last case with the team takes her to a naval park in Buffalo to investigate three former service vessels that are alleged to be haunted.

Kim of Queens | LIFE
Kim of Queens Backstage: Bookworm Into a Butterfly
Extended episode includes additional footage. Kim introduces a smart, quirky pageant newbie to motivate the other girls, but her mom has difficulty giving control of her daughter over to Kim. Meanwhile, Allisyn goes too far outside of the box when she plans the company holiday card.

Law & Order: Special Victims Unit | NBC
Betrayal’s Climax
A teenage girl’s parents report her kidnapped, and her boyfriend gets arrested after he refuses to cooperate with police. Meanwhile, Benson is officially sworn in as the squad’s new sergeant.

Nova | PBS
Ghosts of Murdered Kings
The discovery of a prehistoric torso in a dried-up bog in Ireland leads archaeologists and forensic experts to investigate the find, which is dated to the Bronze Age. As with other bog bodies, the evidence suggests the person suffered a violent death; and leads to a theory that the victims were kings who were sacrificed to assure the fertility of the land and people.

Psych | USA
Someone’s Got a Woody
An ex-con takes Woody hostage after being falsely accused of murder.

The Tomorrow People | CW
Sitting Ducks
Stephen feels uneasy about Hillary, a fellow trainee who has a secret agenda. Meanwhile, a family camping trip is planned by Stephen’s mom that includes her new boyfriend. Stephen asks Cara and John to look after Astrid while he’s away.

Super Fun Night | ABC | starts at: 9:31
Lucindervention
Richard falls off the wagon after his ex shows up in New York City. Meanwhile, Ruby makes a proposal that catches Marika off guard.

Chicago PD | NBC | starts at: 10:01
Now Is Always Temporary
The intelligence unit goes after a counterfeiting operation. Meanwhile, Atwater and Burgess arrest a hoarder; Olinsky tries to protect his daughter; and Voight helps his son, who was recently released from prison.

Duck Dynasty | A&E
From Duck ’til Dawn
The guys pull an all-nighter to complete a big order. Meanwhile, Phil scares Mia and Priscilla with a ghost story.

Fleming: The Man Who Would Be Bond | BBC
The early life of Ian Fleming, the creator of James Bond, is explored. In the opener, Fleming begins work with British naval intelligence and cooks up a scheme to get information from two captured German submariners.

Hawking | PBS
A profile of physicist Stephen Hawking. Included: footage of him at home and on the road; and remarks from family members, friends and colleagues, including former wife Jane Hawking, astronaut Buzz Aldrin, Jim Carrey, Benedict Cumberbatch, mathematical physicist Roger Penrose and Richard Branson. The documentary also delves into his greatest scientific discoveries; and charts his rise to fame.

House Hunters | HGTV
Cookie Cutter vs. Craftsman Character in Des Moines
A couple searching for their first home in Des Moines, Iowa, debate whether to invest their $200,000 in a fixer-upper or a newly built house.

Kim of Queens | LIFE
Kim of Queens Backstage: Angie Goes Rogue
Extended episode includes additional footage. Kim tries to make a rowdy cowgirl into a beauty queen; a mom takes matters into her own hands when her daughter isn’t chosen for a rodeo pageant.

Men at Work | TBS
Holy New Boss!
A new boss sets out to fire an employee by the end of the week, and it’s not looking good for Neal when he arrives at work in an inebriated state.

Nashville | ABC
It’s All Wrong, but It’s All Right
Jeff expects an apology from Juliette, but he doesn’t get one. Elsewhere, Luke has connections and surprises for Rayna; Will and Layla find common ground; and a determined Teddy wants to expose Lamar’s role in Peggy’s demise.

Opposite Worlds | Syfy
Live: Duel
Two players are chosen for the second Duel of Destiny.

Restaurant: Impossible | FOOD
Dirty Laundry
Robert encourages the owner of Hillbillies Restaurant in Murphys, Cal., to be less of a pushover, but first he insists they rid the place of its current decor, which consists of rusty kitchen utensils on the wall and dirty underwear on the ceiling.

The Exes | TVLAND
Friends Without Benefits
Stuart visits his old home with Phil one last time before it’s sold; Haskell comes up with a plan to woo Nicki.

The Soup | E!
Tom Papa
Tom Papa is on the guest list.

Workaholics | COMEDY
Fry Guys
The guys want a fish fry at the office, but first they have to find Alice a sex partner.

House Hunters International | HGTV
Entrepreneurs Revisit Their Colombian Roots to Start a Pet Store in Medellin’s Emerging Marketplace
A couple pursue entrepreneurship and a better life in their native Colombia.

Kirstie | TVLAND
Maddie vs. Maddie
Maddie confronts a secret from her past when she has an encounter with the real Madison Banks, a former actor who had her career ruined by a selfish Maddie and now seeks revenge on her old nemesis by kidnapping Frank and demanding an audition to prove she has what it takes to be a star.