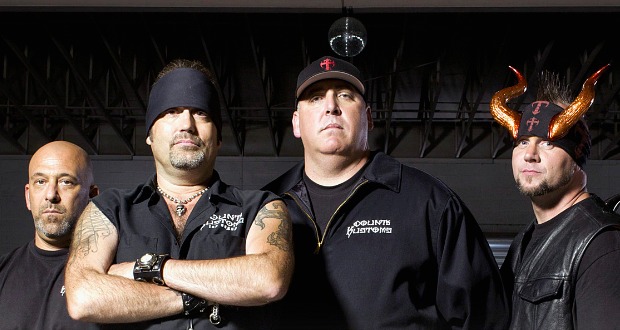 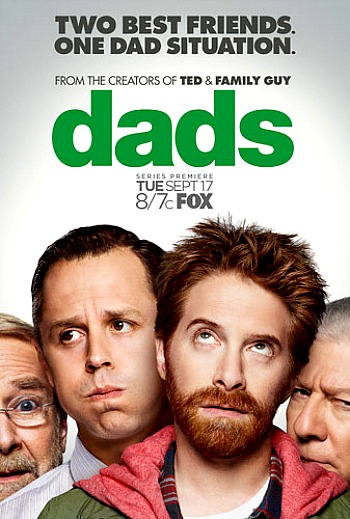 Dads | FOX
Baby Face
Camila goes away for the weekend to visit her sister, so in order to have the house to himself, Warner pays for Crawford and David to stay at a hotel where they are mistaken for a gay couple on their honeymoon.

Dance Moms | LIFE
Chloe vs. Kendall: Round 2 (Choreographer’s Cut)
Enhanced episode contains additional dance scenes. Cathy returns and is ready to beat Abby with a new team of boys. Abby gets nervous and pushes her team, especially Chloe and Kendall, who are dancing solos. Also: Another round of open auditions puts everyone on edge.

The Biggest Loser | NBC
The Top 5 players compete in a spring triathlon, which involves a half-mile swim, a 12-mile bike ride and a three-mile run, and guarantees the winner a spot as a finalist. Then, the contestants view footage of themselves since arriving on the ranch. Three finalists remain after the weigh-in.

The Originals | CW
Dance Back From the Grave
Marcel refuses to help Klaus when a gruesome discovery is made in the Cauldron; Rebekah uncovers the remnants of a sacrifice down by the docks and realizes it is the work of a dangerous warlock from her past; Klaus battles a powerful force with an unmatched advantage over him.

Dance Moms | LIFE
No One Is Safe
Holly worries about Nia’s featured role in the group dance. Meanwhile, Abby’s second open audition puts all of the moms and girls on edge; and Melissa is criticized by the other moms for choosing to home school Maddie and MacKenzie.

Face Off | Syfy
Dragon’s Breath
Dragon makeups are created by the 13 remaining artists for the season’s first individual “Spotlight Challenge.”

Moonshiners | DSC
Aftershock
Mike turns to Darlene for help; Jeff and Mark look to cash in on one final run of the season.

My 600-lb Life | TLC
Chuck’s Story
A 700-lb. man tries to take control of his life when his wife is ready to leave him and he’s forced to downsize his business.

Property Virgins | HGTV
Property Proposal
A good location and practical amenities are important to a couple with a limited budget looking for a starter home in Savannah.

Ravenswood | ABCFAM
Along Came a Spider
Caleb enrolls in school. Meanwhile, someone is arrested for the mayor’s murder; Caleb and Miranda look into a secret Collins has been hiding; and things get hazardous for Luke when he and Remy try to investigate Dillon.

Supernatural | CW
Sharp Teeth
Sam and Dean visit Garth in the hospital and demand to know where he has been. Garth runs away and the guys investigate why he fled and are stunned by what they uncover.

Cougar Town | TBS
The Trip to Pirate’s Cove
Buccaneer Week in Gulf Haven turns the town into a pirate’s cove, and Andy hopes to bring in tourists by convincing Ellie to trot out her charming alter ego, much to the delight of Jules. Meanwhile, Laurie tries baking risqué cakes to boost business.

House Hunters | HGTV
Heather Wants Classic but Joe Wants Cool-Factor in Upstate New York
Homes in Geneseo, N.Y., are toured by a couple who have $200,000 to spend, but different opinions on how to spend it: She wants something old-fashioned, while he’s a fan of contemporary.

Justified | FX
Over the Mountain
Raylan searches for a missing informant. Meanwhile, Boyd’s life is threatened by a relative.

Kim of Queens | LIFE
Bookworm Into a Butterfly
Kim introduces a smart, quirky pageant newbie to motivate the other girls, but her mom has difficulty giving control of her daughter over to Kim. Meanwhile, Allisyn goes too far outside of the box when she plans the company holiday card.

Opposite Worlds | Syfy
Worlds
Two new players join the game; rewards and punishments are doled out; and a second worldly challenge takes place.

Teen Mom 2 | MTV
Love Will Never Do Without You
Jenelle meets a new guy; Chelsea starts beauty school; and Leah goes on vacation.

House Hunters International | HGTV
Geologists Uproot Their Kids From Australia to Tackle New Ground in Ghana
Married geologists move their three kids from Newcastle, Australia, to Kumasi, Ghana, where they search for a home that has a pool, garden and good security, and all for less than $2000 a month.

Kroll Show | COMEDY
Oh Armond
A geologist talks about rocks; Armond is under house arrest for his wife’s murder; two rich guys deliver a eulogy at an old man’s funeral to make sure they don’t lose their inheritance.