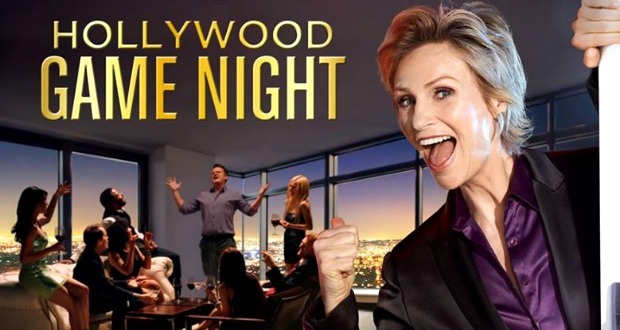 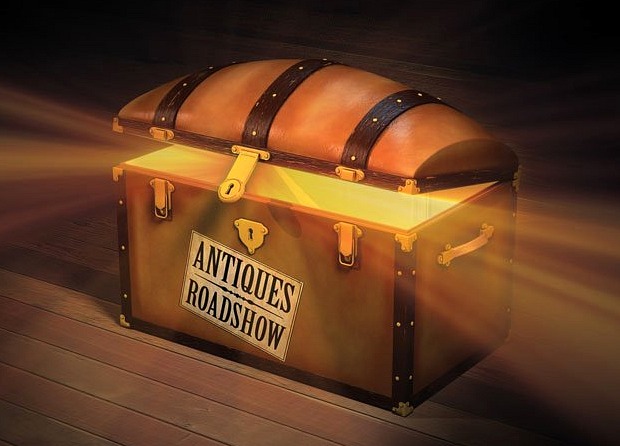 What’s on TV tonight? New episodes of Antiques Roadshow (in Detroit! way to give the desperate Motor City some props, AR), Hollywood Game Night (so fun), Fashion Police (bet they’ll have lots to say about the Grammy Awards), and 2 Broke Girls (I need to give this show another shot).

Here’s the rundown. Oh, and don’t forget the Antiques Roadshow “veneer drinking game,” like on that episode of Frasier.

Antiques Roadshow | PBS
Detroit, Michigan
Part 1 of 3 in Detroit features a signed 1970 Andy Warhol poster; an early 20th-century collection of Pewabic pottery; and a working script of “The Wizard of Oz” used on set by Bert Lahr, who played the Cowardly Lion. Also: the Motown Museum is visited.

Bitten | Syfy
Trespass
Old feelings come to surface for Elena and Clay, who find themselves in a dangerous situation when they track the Mutt to a warehouse and he turns into a wolf.

Hart of Dixie | CW
One More Last Chance
Lavon attempts to get BlueBell declared a historic town. Meanwhile, Zoe and Joel try to decide where to live; Wade meets Vivian’s son and realizes it will be an uphill battle to impress him; and Lynly has trouble trusting George.

How I Met Your Mother | CBS
How Your Mother Met Me
Recalling what has been going with Ted’s future wife over the past eight years before Robin and Barney’s wedding weekend.

Switched at Birth | ABCFAM
Fountain
Bay assists her art teacher at a gallery and hopes to get a letter of recommendation in return. Elsewhere, Daphne struggles to befriend Sharee; and Regina’s latest business opportunity puts her in an awkward position.

The Bachelor | ABC
Juan Pablo and the 13 remaining bachelorettes travel to Seoul, South Korea, where six of the women go on a group date involving karaoke and a boat tour. Also: The ladies learn a choreographed dance to be performed at a live concert. Eleven contenders remain after the rose ceremony.

WWE Monday Night Raw | USA
A look at Royal Rumble results and how the top Raw superstars might shape up for WrestleMania.

2 Broke Girls | CBS | starts at: 8:31
And the Icing on the Cake
When Deke invites Max’s friends over to his dumpster house, Caroline learns a big secret about his background.

Kickin’ It | DISXD
Wasabi Forever
Rudy tells the origin story of the legendary Wasabi Code, taking the gang back in time to China where they learn about ancient versions of the Wasabi Warriors.

Beauty and the Beast | CW
Held Hostage
Cat, Tori and Tess are taken hostage by thieves, forcing Vincent to make a difficult decision.

Being Human | Syfy
Lil’ Smokie
A new vampire boss with ties to Aidan makes life complicated; Josh encounters problems going back to his old life; and Sally’s powers send her to a strange place in time where something horrifying appears to have happened to a mysterious little girl.

Cake Boss | TLC
Down the Drain
Buddy worries about Anthony and how his frequent mistakes will affect his career. Meanwhile, a client’s boyfriend has an unusually large appetite; and an engaged couple want a tow-truck cake for their wedding.

Love It or List It | HGTV
Praying for a Peaceful Escape
A home’s unusual layout is a major concern for a couple whose daughter has epilepsy.

Mike & Molly | CBS | starts at: 9:01
Weekend at Peggy’s
Mike and Molly move in with Peggy after an argument over money and pride forces them to leave Joyce’s house.

Single Ladies | VH1
A Cut Above
Different business approaches plague Raquel and Terrence. Elsewhere, April sets out to impress Felicia and ends up connecting with a new man. Also: Malcolm and Keisha deal with Sean.

Swamp People | HIST
Ten Deadliest Hunts
The Top 10 deadliest hunts from the series are counted down.

The Following | FOX
For Joe
Ryan’s obsession grows after the subway killings; and mysterious phone calls bring him face-to-face with a major threat. Meanwhile, revelations come to light about Joe’s new life.

The Fosters | ABCFAM
Things Unsaid
Lena worries about Stef going back to work and Jesus undergoing hazing on the wrestling team. Meanwhile, Mariana and Kelsey put their friendship at risk because of a boy; and the threat of severe consequences doesn’t keep Callie and Brandon apart.

Mom | CBS
Fireballs and Bullet Holes
Christy tries to connect with her father (Kevin Pollak) but runs into opposition from Bonnie.

South Park | COMEDY
Go God Go I & XII
Cartman attempts time travel so he can play a soon-to-be-released video-game system; and later tries to escape a dystopian future plagued by militant otters and a lack of video games.

Archer | FX
Archer Vice: A Debt of Honor
Pam makes a dangerous deal, forcing Archer to save the day.

Don’t Trust Andrew Mayne | A&E
The Meltdown
An irresponsible 22-year-old is taught a lesson by her mom.

Independent Lens | PBS
The State of Arizona
A vérité look at the support for and opposition to Arizona Senate Bill 1070, known by some as the “show me your papers” law due to a provision requiring police officers to determine the immigration status of detainees, as the controversial state immigration law winds its way through the courts to the U.S. Supreme Court.

Intelligence | CBS
Secrets of the Secret Service
Riley ends up working with her ex-boyfriend, whom she encounters when she and Gabriel travel to Syria and pose as Secret Service agents in order to free two American journalists being held hostage.

Lost Girl | Syfy
Lovers. Apart.
Dyson rushes to be by Bo’s side when she puts her life on the line to save a haunted family; at the same time, Lauren finds, much to her dismay, that she can longer outrun her past.

Mystery Diners | FOOD
Pardon My French
At a French bistro in San Francisco, a waitstaff is investigated after their boss receives complaints of rude behavior.

Rods N’ Wheels | DSC
Little Deuce Coupe
A 1932 Ford and a Camaro are featured in the opener of this series, in which two friends restore classic cars.

The Blacklist | NBC
The Cyprus Agency (#64)
A series of baby abductions prompts the team to target an illegal adoption agency in a case that turns personal for Liz.