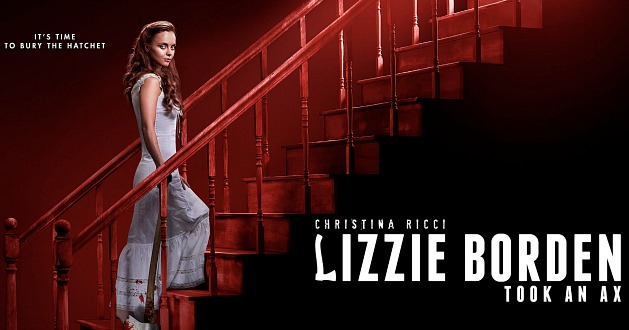 Personally, I’m going with National Lampoon’s Vacation on TVGN at 8 p.m. The winter is long here in Michigan, and I could use some laughs. Here’s the rundown.

Lizzie Borden Took an Ax | LIFE
Sunday school teacher Lizzie Borden is accused of murdering her parents with an ax in 1892 Massachusetts. She claims she is innocent, but the evidence suggests otherwise. As the trial rages on, the courtroom proceedings fuel sensational stories and headlines around the country.

National Lampoon’s Vacation | TVGN
A family on vacation drive across country to an amusement park, but the dad is distracted by a blonde in a red Ferrari.

Shahs of Sunset | BRAVO | starts at: 8:25
First Look
A preview of an upcoming episode.

Shaun White: Russia Calling | NBC
An inside look at the gold medal-winning snowboarder’s preparations for the upcoming Winter Olympics in Sochi, Russia. Also: a look at what it takes to run his company, maintain relationships and deal with every day pressures.

The Real Housewives of Beverly Hills | BRAVO | starts at: 8:03
First Look
A preview of an upcoming episode.

Vanderpump Rules | BRAVO | starts at: 8:14
First Look
A preview of an upcoming episode.

The Real Housewives of Atlanta | BRAVO | starts at: 8:47
First Look
A preview of an upcoming episode.

Atlantis | BBC
The Price of Hope
The inventor Daedalus offers the boys hope. However, an impatient Hercules puts everyone at risk when he goes against his better judgment and sets off in search of Medusa after receiving information from the unscrupulous Crios.

Auction Hunters | SPIKE
Allen vs. Ton
Ton and Allen’s friendship is tested when the former partners find themselves bidding against one another at an auction.

Black Sails | STARZ
I.
A chronicle of the adventures of pirate Capt. Flint, his mateys and his rivals in the early 18th-century Caribbean begins with Flint facing a mutiny, while buccaneer cohort John Silver keeps something of great value under wraps.

Outrageous 911 | TLC
They Made My Burger Wrong
A mom calls a fast-food restaurant for making her burger wrong; a cleric needs help getting out of handcuffs.

Skyline | Syfy
A series of bright lights appear all over L.A., mesmerizing the populace and luring them to an uncertain fate. Meanwhile, a local entrepreneur (Donald Faison) and his friends decide to seek out the source of the luminous extraterrestrial threat.

When Calls the Heart | HALMRK
A Telling Silence
A mute student who’s grieving the loss of her dad goes missing. Meanwhile, a curious church burning is investigated by Jack.

Sex Sent Me to the ER | TLC
Extra Dose: It Was a Doozy
A look at injuries sustained while having sex in unusual locations. First up: An obese virgin accidentally injures his partner; a bandleader collapses during an intimate moment; a man with a genital injury is visited by both his wife and his girlfriend while he’s in the emergency room.