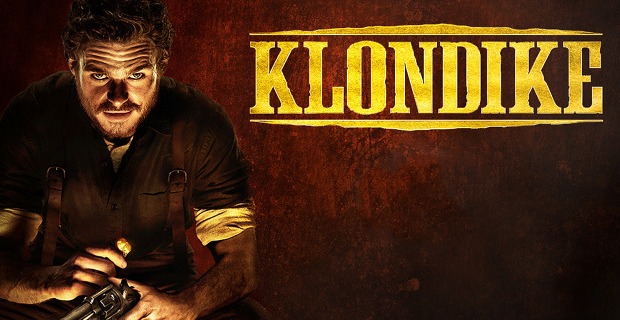 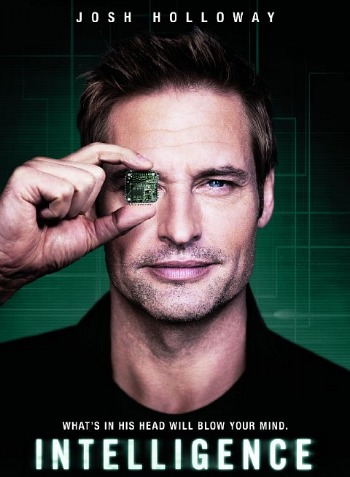 Also, “Klondike” Part 1 airs on Discovery at 8 p.m. Paula Schwartz attended the premiere the other night – check out her story and photos here.

Sleepy Hollow | FOX
The Indispensable Man; Bad Blood
In the Season 1 finale, Ichabod and Abbie discover a secret hidden in George Washington’s Bible and learn the truth about the first president’s death. Meanwhile, Capt. Irving makes a difficult decision for the sake of his family that will drastically alter his future.

The Bachelor | ABC
Ten of the remaining 15 women go on a group soccer outing with Juan Pablo. Also: Several individual dates are featured, including one involving a tricked-out jeep and another featuring a tandem bungee jump in Pasadena, Cal. Thirteen women remain after the rose ceremony.

Bad Ink | A&E
Turning the Other Butt Cheek
A former male stripper hopes to get rid of a wild tattoo in the Season 2 premiere. Meanwhile, a woman regrets getting a tattoo in an intimate area.

Beauty and the Beast | CW
Ancestors
Cat goes undercover for the FBI. Later, she comes face-to-face with Vincent during a heist.

Being Human | Syfy
That Time of the Month
Someone from Aidan’s past threatens to derail his relationship with Kat just as they are taking things to the next level; and Sally uses her newly acquired powers to try to free Josh from his wolf, but there are unintended consequences.

Cake Boss | TLC
Sicilian Samurai
Buddy bakes a samurai cake for a martial-arts school in New York for its 50th anniversary; and a patriotic cake for the mayor of Jersey City, N.J.

Keeping Up With the Kardashians | E!
How to Deal
Khloé finds an interview containing negative comments about her family hurtful; Kris gets Kim’s pal Jonathan to sneak away with her to Sonoma; and Scott takes up karate to satisfy his couples therapy homework.

Klondike | DSC
Part One
Part 1 of 3. Fortune seekers arrive in Dawson City, Yukon, in the opener of this series, in which frontiersmen struggle to survive while searching for gold in a remote town in the Klondike.

Love It or List It | HGTV
Make Room for Two More
Hilary tackles transforming an unfinished basement for a couple and their growing family, while David tries to find them a bigger home in the suburbs.

Rachael vs. Guy: Celebrity Cook-Off | FOOD
Supermarket Smackdown
The remaining celebrities are tasked with creating a signature food product, which they then must sell to the public. Chef Madison Cowan is the guest judge.

Single Ladies | VH1
The Girl Most Likely To…
Raquel mulls a partnership with Terrence in his new business venture. Meanwhile, April battles David over a new client, and Keisha considers disclosing a secret to Malcolm.

The Fosters | ABCFAM
House and Home
A stern foster-care worker supervises Callie. Meanwhile, Brandon searches for Callie after he confesses why she ran away; Mariana gets involved with the school play; and Jesus struggles with his new medication and tries out for the wrestling team.

Bad Ink | A&E
Lost in Tattoo Translation
The guys judge a bull-riding contest; a woman regrets getting a tattoo written in Chinese.

Mom | CBS
Leather Cribs and a Medieval Rack
Christy and Bonnie admit to secrets they’ve been keeping from one another. Elsewhere, Violet and Luke clash over parenting. Kevin Pollak guest stars as Christy’s father.

#RichKids of Beverly Hills | E!
#mansionhunting
Dorothy decides it’s time to move out of her parents’ estate and find her own fabulous place in Beverly Hills, while Roxy shares in confidence some life-altering news with Morgan.

Bakery Boss | TLC
A pastry shop in Houston is $600,000 in debt, but Buddy also finds a rift in this family business and a reluctance by the owner to revamp the menu.

Bitten | Syfy
Prodigal
Clay makes it clear to Elena that he’s still very much interested in her, but she keeps her distance, focusing her attention on tracking the killer “mutt” and getting back to her human life in Toronto. However, the discovery of a second body on Stonehaven property keeps the prodigal werewolf in Upstate New York indefinitely.

Castle | starts at: 9:01 | ABC
Limelight
A rising pop star’s body is discovered in an alley, which leads Castle and Beckett to investigate the singer’s wild lifestyle. However, they’re not prepared for the alarming revelation that surfaces.

House Hunters | HGTV
Italian Couple Seek Palazzo of Their Own in Boca Raton
A couple of Italian heritage debate whether they should buy a fixer-upper with a pool as they look at houses in Boca Raton, Fla.

Independent Lens | PBS
Blood Brother
The story of graphic designer Rocky Braat, who was so moved by the plight of young AIDS patients in India that he moved to the country to care for HIV-positive orphans.

Intelligence | CBS
Mei Chen Returns
It’s a double shock for Gabriel when he discovers that Mei Chen is alive and possesses an advanced chip that allows her to tap into his intelligence system.

Mystery Diners | FOOD
Money on the Side
The owner of Rocco’s Cafe in San Francisco asks Charles to investigate rumors that his new manager is running unauthorized promotions.

Teen Wolf | MTV
Galvanize
A murderer escapes custody on the night before Halloween.

The Blacklist | NBC
The Alchemist
The team goes undercover to pursue the Alchemist, who uses science to transform DNA and who’s been assigned to protect a mob informant. Elsewhere, Liz targets an unlikely couple; Tom and Liz’s relationship is tested; and Ressler faces a big decision.

Chozen | starts at: 9:31 | FX
Love & Bottlerockets
Chozen takes action when he suspects Tracy’s boyfriend is cheating on her.

NBA Basketball:Pacers at Warriors | TNT
Pacers at Warriors
Indiana at Golden State. Fresno State product Paul George and the Pacers open a five-game Western swing against Mark Jackson’s Warriors. Indiana is on a 4-1 run in the series.

Chelsea Lately | E!
Emmy Rossum talks about Season 3 of “Shameless.” Ben Gleib is on the panel, along with April Richardson and Ryan Stout.

The Daily Show With Jon Stewart | COMEDY
Marilynne K. Roach, author of “Six Women of Salem: The Untold Story of the Accused and Their Accusers in the Salem Witch Trials.”

Colbert Report | starts at: 10:31 | COMEDY
The Atlantic editor Scott Stossel, author of “My Age of Anxiety: Fear, Hope, Dread, and the Search for Peace of Mind.”