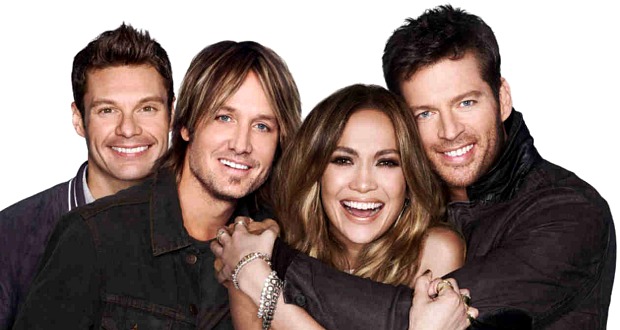 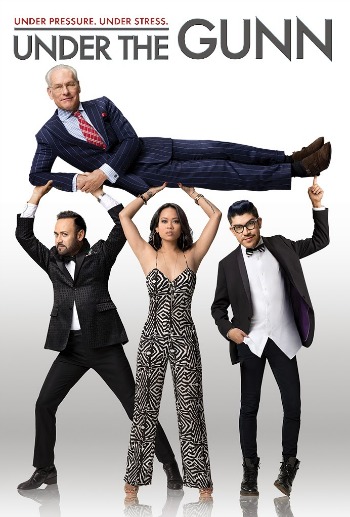 Also the Critics’ Choice Movie Awards is on The CW at 7 p.m., and “NCIS” fans, Mark Harmon is on “The Tonight Show.” Here’s the rundown.

Chopped Canada | FOOD
Disheveled Until Dessert
Pickles, pork shoulder and booze are among the ingredients found in the mystery baskets.

Couples Therapy | VH1
New Couple Controversy
Taylor is called out for her rude behavior. Elsewhere, offensive comments cause Kelsey to storm out of a session, and Jon Gosselin and his girlfriend arrive.

Here Comes Honey Boo Boo | TLC
The Manper
In the Season 3 premiere, Sugar Bear carves out some space for himself in a camper, while Pumpkin looks for guinea pigs on whom to practice for beauty school, but the family reunite for a trip to the Redneck Games in Georgia.

Impact Wrestling | SPK
Part 1 of the two-week Genesis event in Huntsville, Ala.

Sean Saves the World | NBC
The Wrath of Sean
Sean tangles with a man from his past, a supposed con artist who is slated to go into business with Max. Elsewhere, Lorna goes on a juice cleanse to shed pounds in a bid to best her old college rival.

The Millionaire Matchmaker | BRAVO
The Shy Extrovert and the Rescuer
Patti’s clients are a female TV host from Toronto and a 57-year-old fire-insurance salesman.

Under the Gunn | LIFE
Who Is Under the Gunn?
Up-and-coming designers compete and are mentored by “Project Runway” veterans. In the opener, designers try to catch the eye of a potential mentor during a six-hour challenge. Later, the mentors discover that they are also “under the Gunn.”

White Collar | USA
Shot Through the Heart
Neal and Peter join forces to apprehend an assassin who may have been toying with Neal for some time.

Here Comes Honey Boo Boo | TLC
The Birds and the Boos
Anna and Jessica are dating, but June isn’t ready to be a grandmother again, so she has the “birds and the bees” talk with her daughters while Sugar Bear does the same with their boyfriends, but Alana feels left out and decides she needs a new hobby.

The Michael J. Fox Show | NBC
Couples
Mike and Annie work hard to maintain some friends. Meanwhile, Eve pretends to be edgy to impress a boy; and Ian fears that Graham no longer admires him.

Courtney Loves Dallas | BRAVO
Courtney Loves Herself!
An anxious Courtney goes to an audition for a television job and then attends a photo shoot, neglecting Tori on her birthday in the process.

Ground Floor | TBS
The Decision: Part Two
Conclusion. Brody labors over a difficult choice between his professional life and his love life in the Season 1 finale. Also: Threepeat must stay with Harvard.

House Hunters | HGTV
North Dakota News Anchor Needs New Home
A news anchor in Fargo, N.D., has her heart set on living downtown in either a historic condo or townhouse that requires little maintenance and has lots of wall space for her art collection, but her friend thinks she’d be better off buying a single-family home in a safe suburban neighborhood.

Mob Wives | VH1
Loose Lips
Tabloid articles attack Alicia, sparking speculation about who is feeding the information. Alicia receives support from Ang, Drita and Renee, but shocks them with her accusations.

Parenthood | NBC
Jump Ball
Camille returns home, but not everyone is happy to see her; Joel puts in long hours at work; Hank confronts problems with Adam; and Amber tries to avoid dealing with her issues.

Welcome to Myrtle Manor | starts at: 9:01 | TLC
Something’s Fishy in the Manor
In the Season 2 premiere, Becky’s leadership is tested when a rival trailer park claims to be superior. Meanwhile, Jared wants to know how Chelsey is paying the bills; and Amanda organizes the Manor’s Fourth of July party.

House Hunters International | HGTV
Some Uninterrupted Face Time in a Peaceful Seaside Village in Southern Italy
A Vancouver couple’s love of wine and food brings them to Italy to find a vacation home, but they are in for a challenge with a budget of only $180,000.

Jerks With Cameras | MTV
Strangers are pranked in the opener of this series, in which comedians play jokes on the unsuspecting public.

Toned Up | BRAVO
Beach Babe or Bust
The ladies prepare to shoot an exercise video in Maui, but relationship pressures and a chronic neck injury jeopardize the big-bucks project.

Rob Dyrdek’s Fantasy Factory | MTV
Rob and Big Black try to become action-movie stars in the Season 6 premiere. Meanwhile, Drama gets in touch with his roots.

The Brian Boitano Project | HGTV
The Kitchen
Olympic gold-medal-winning figure skater Brian Boitano travels to the small village of Favale di Malvaro in northern Italy to transform a family home that’s in major disrepair in this series, which begins with renovations to the kitchen.

The Brian Boitano Project | HGTV
The Dining Room and Living Room
Brian receives help from his nieces as he renovates the dining room using some clever painting techniques and flea-market finds. Also: A dingy space is transformed into a cozy living room, complete with a hand-built freestanding fireplace.