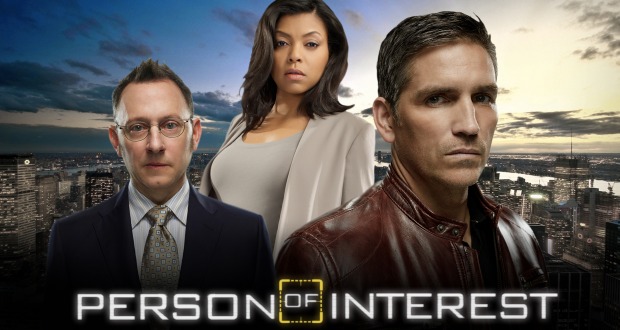 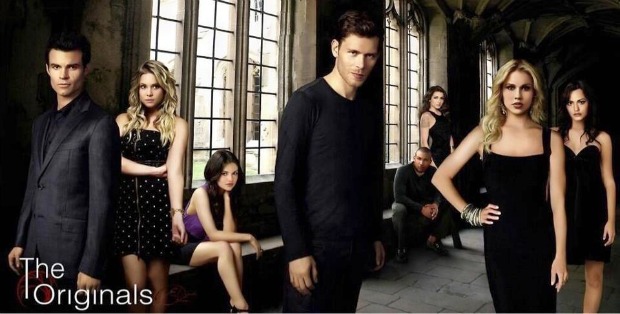 What’s on TV tonight? New episodes of “NCIS,” “Marvel’s Agents of SHIELD,” “The Originals,” “Person of Interest” and more. Here’s the rundown.

American Experience: 1964 | PBS
Recalling 1964, a pivotal year in U.S. history. While the Beatles captured the imaginations of the nation’s youth, President Lyndon B. Johnson signed the Civil Rights Act, unveiled his vision of a “Great Society” and squared off against Barry Goldwater in the presidential election. Also covered: the murders of three Freedom Summer volunteers; and the influence of Betty Friedan’s “The Feminine Mystique.” Based in part on Jon Margolis’ “The Last Innocent Year: America in 1964.”

Dads | FOX
Eli Nightingale
A sick Veronica gets avoided like the plague by germaphobe Warner, while Eli does his best to nurse her back to health in hopes that he’ll be rewarded for his kindness with sex.

Dance Moms | LIFE
Dance Moms Cares Special
Abby enters her girls in an Atlantic City dance competition that benefits the fight against cancer. Meanwhile, Abby deals with her own mother’s battle with the disease.

Marvel’s Agents of S.H.I.E.L.D. | ABC
Seeds
Information about Skye’s past comes to light. Meanwhile, the team faces a storm at S.H.I.E.L.D. Academy.

NCIS | CBS
Double Back
In an effort to find the terrorist Parsa, Gibbs and his team track down one of his cohorts using evidence from the drone attack. Meanwhile, an emotionally shaken McGee struggles with ramifications from the incident.

Pretty Little Liars | ABCFAM
Love ShAck Baby
The girls read Ali’s diary and attempt to crack its code, but this proves difficult, especially because it’s full of deeply personal stories about all of them. Meanwhile, communication between Spencer’s dad and Ali’s mom arouses suspicion in Spencer.

Tequila Sisters | TVGN
Catherine persuades her sisters to throw a party while their folks are away, but the bash takes a wild turn.

The Biggest Loser | NBC
The players visit Utah Olympic Park and meet Olympic athletes, including Apolo Ohno and Lolo Jones. While there, they participate in curling and bobsled-track challenges.

The Originals | CW
The Casket Girls
Locals prepare to celebrate the annual Casket Girls Festival in the French Quarter. Meanwhile, Davina tries to free Cami from Klaus’s mind compulsion; and Hayley is forced to make a difficult decision after she receives an unexpected phone call.

Bend It like Beckham | TVGN
Giddy, crowd-pleasing romp about an English teenager (Parminder K. Nagra) whose dreams of soccer stardom clash with the wishes of her traditional Sikh family. Keira Knightley. Co-written and directed by Gurinder Chadha. The title refers to British soccer star David Beckham.

Brooklyn Nine-Nine | FOX
The Bet
Jake and Amy’s competition for the most arrests draws to a close. Meanwhile, Charles receives the Medal of Valor, but the pain medication needed for treating his injury causes him to be a little too honest about what he thinks of his colleagues.

Dance Moms | LIFE
Abby Strikes Back
Abby announces she will hold her first national open auditions in Orlando, much to everyone’s dismay. Meanwhile, Jill accuses Christi of lying to help Chloe win; and Brooke’s pop star credentials are challenged, pressuring her to dance and sing.

Face Off | Syfy
Sexy Beasts
Season 6 begins with 15 contestants taking on the task of creating beasts to be paired with beauties.

My 600-lb Life | TLC
Olivia’s Story
A 46-year-old Chicago woman battles depression in the wake of a suicide attempt and hasn’t left her basement in two years, but hopes that a surgical procedure in Houston can save her life.

NCIS: Los Angeles | CBS
Allegiance
A federal agent tied to an ancient system of money transfer is murdered in Los Angeles. Kensi and Granger join the investigation in Afghanistan to help crack the case.

New Girl | FOX
Basketsball
Jess tries to improve her friendship with Coach, but Nick takes issue when the two of them bond over a basketball team he dislikes. Elsewhere, Schmidt mentors an older hire at work; and Winston explores a new career.

Ravenswood | ABCFAM
Home Is Where the Heart Is – Seriously Check the Floorboards
Caleb’s dad visits, and Caleb is unsure about how to react. Meanwhile, the police invade the Matheson home in the wake of a sinister discovery; Remy tries to cope with the repercussions of her dreams; and Miranda learns more about Mrs. Grunwald.

Shahs of Sunset | BRAVO
The Butterfly, Chocolate Croissant
Asa tries to bring peace to MJ and GG’s relationship while the girls plot to bring Reza and Mike together. But dramas ensue, leading to fractured reconciliations and a boozy catfight.

Supernatural | CW
Road Trip
Dean hunts the angel who killed Kevin and tries to separate Sam’s brain from an angel’s mind in order to expel Gadreel. However, the only person who knows how to do that is Crowley.

The Goldbergs | ABC | starts at: 9:01
The Other Smother
Beverly runs into her nemesis while attending a college fair for Barry and Erica. Elsewhere, Murray and Adam encounter problems with late fees at the video store.

The Mindy Project | FOX
L.A.
Mindy, Danny, Peter and Morgan are sent to Los Angeles by Jeremy to get certified for cosmetic injections, but Peter is distracted by chasing a celebrity crush, while Mindy runs into Casey.

Trophy Wife | ABC | starts at: 9:31
The Punisher
Kate turns to Diane for help in disciplining Hillary and Warren.

100 Days of Summer | BRAVO
Devil in the Blue Dress
An annual summer bash is held, but Pascale goes against the rules. Meanwhile, Tara hosts a charity event featuring a hip Windy City crowd and their furry friends; Pascale and Hamidah try to make peace.

American Restoration | HIST
The Reject and the Eject
A 1970s popcorn machine; a seat from a 1950s fighter jet.

Being Mary Jane | BET
Girls Night In
Mary Jane has a big talk with Andre, leaving her to ponder her future. Meanwhile, friction develops between Kara and Mary Jane when Kara revamps Mark’s show; and a woman inches closer to Paul Sr.

Chicago Fire | NBC
Out With a Bang
Casey tries to convince everyone—including himself—that he’s fully recovered from his traumatic accident, despite evidence to the contrary. Meanwhile, Shay avoids a lawyer who wants to talk to her about Daryl’s suicide; Otis and Katie bond; Boden helps a woman deal with her irresponsible landlord; and Dawson notices something interesting about recruit Rebecca Jones.

Cougar Town | TBS
Like a Diamond
Jules gets into a car accident with a handsome stranger (Matthew Perry) who winds up asking her out since her wedding ring fell off during the incident. Meanwhile, Bobby prepares for a major snowstorm even though the chances are extremely remote. Directed by series star Brian Van Holt.

Escaping the Prophet | TLC
Flora risks her life to help a whistle-blower who has accused her father of abuse in the past but is afraid of leaving her estranged daughter behind.

House Hunters | HGTV
Washington State Ladies Struggle to Find a Brick-Free Home
Brick is a big no-no for a couple looking for a home spacious enough to accommodate their 3-year-old son, two dogs and a crafting hobby in Washington state.

Justified | FX
The Kids Aren’t All Right
Raylan tries to help a young friend out of a jam. Meanwhile, Boyd struggles to free Ava from jail.

Kim of Queens | LIFE
Angie Goes Rogue
Kim tries to make a rowdy cowgirl into a beauty queen; a mom takes matters into her own hands when her daughter isn’t chosen for a rodeo pageant.

Person of Interest | CBS | starts at: 10:01
4C
Reese boards an international flight in an attempt to leave the team for good, but he soon realizes that his travel plans have been manipulated.

Snooki & JWoww | MTV
My Baby Is Growing Up!
Snooki and Jionni throw a pirate-theme party for Lorenzo’s first birthday.

House Hunters International | HGTV
There’s No Place Like a Vacation Home
A career-driven couple travel to St. John, U.S. Virgin Islands, looking for a vacation home to enjoy with their daughter.

Shipping Wars | A&E
It’s My Party & I’ll Shoot You If I Want To
Marc gets a surprise while transporting a playhouse.

Snooki & JWoww | MTV
The Not-Yet-Wed Game
Snooki, JWoww and their fiancés compete to see which couple knows each other better.