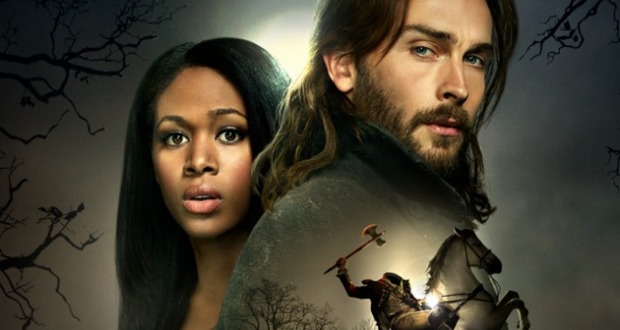 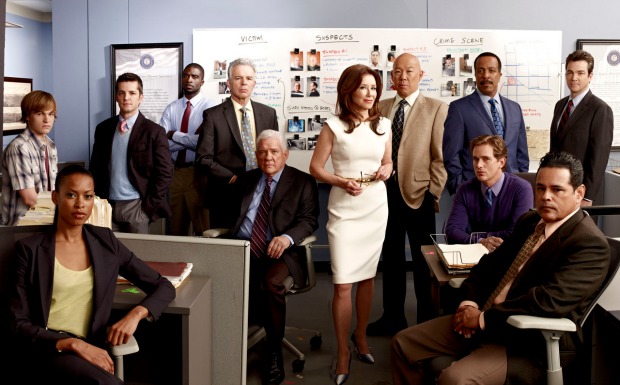 E! News | E!
Nightly reports on breaking entertainment news, including a mix of gossip and previews of films and TV programs, along with behind-the-scenes segments. The series also offers red-carpet coverage at premieres and award events, and has an hour-long weekend edition.

Almost Human | FOX
You Are Here
A self-guided bullet that can track and kill specific targets is investigated by Kennex and Dorian. Meanwhile, Maldonado takes another look at the ambush that almost killed Kennex.

Antiques Roadshow | PBS
Boise, Idaho
Part 2 of 3 in Boise, Idaho, features a mid-century pinup painting by Earl Moran; a set of “The Day the Earth Stood Still” lobby cards; and an a 1922 Edward Hopper etching titled “The Cat Boat” that’s valued at $250,000. Also: law-enforcement collectibles are discussed during a visit to the Old Idaho State Penitentiary.

Hart of Dixie | CW
Something to Talk About
Lavon wants to stop a merger involving BlueBell and another town, so Zoe helps by distracting the residents with a scandal. Meanwhile, Zoe’s unhappy when she learns whom Wade is interested in dating; and Brick gives romance another try.

How I Met Your Mother | CBS
Slapsgiving 3: Slappointment in Slapmarra
In their ongoing slaphappy “Slap Bet,” Marshall plans to land one final smashing blow to soon-to-be-married Barney.

Lost Girl | Syfy
In Memoriam
A case of stolen memory hits close to home in the Season 4 opener. At the same time, the new Morrigan intends on putting some past events permanently out of mind.

Switched at Birth | ABCFAM
Drowning Girl
In the third-season opener, the girls begin their senior year at Carlton, where Toby takes on a coaching position. Meanwhile, Kathryn befriends a tap dancer; Daphne starts her probation work at a free clinic; and Bay’s new art teacher inspires her.

The Bachelor | ABC
Thirteen of the remaining 18 women go on a group date involving a charity photo shoot. In addition, Juan Pablo goes on several one-on-one dates, including a winter-wonderland-theme evening and a visit to Utah for the Electric Run 5K. At the rose ceremony, the playing field is reduced to 15 bachelorettes.

2 Broke Girls | CBS
And the Big But
Max wants to be more than friends with her pastry school partner; Caroline remains attracted to her married teacher.

Beauty and the Beast | CW
Don’t Die on Me
An unexpected mystery is revealed. Meanwhile, Gabe and Cat grow closer.

Being Human | Syfy
Old Dogs, New Tricks
Season 4 begins with Nora and Aidan living together in the woods; at the same time, Josh is stuck inside his wolf; and Sally finds herself trapped with Donna in a mysterious place where she learns more about their magical connection.

Cake Boss | TLC
Next Great Bride
Ashley is getting married and Buddy is making the wedding and groom’s cakes, but the brides vision includes taxidermy animals and table tennis.

Fashion Police | E!
The 2012 Primetime Emmy Awards
The hits and misses of the Emmy-night fashions are recalled.

Lab Rats | DISXD
No Going Back
The Lab Rats expose their bionic secret to save Principal Perry’s life. Meanwhile, Davenport is attacked by a mysterious nemesis that leaves his empire in ruins.

Love It or List It | HGTV
Bachelor Pad Blues
A woman doesn’t feel at home in the run-down bungalow she shares with her partner, who originally bought the place with another girlfriend.

Mike & Molly | CBS
What Molly Hath Wrought
Disappointed with how her novel is coming along, Molly decides to take a breather, but must come up with a suitable way to pass the time.

Rachael vs. Guy: Celebrity Cook-Off | FOOD
Leis in the Fray
The contestants have 90 minutes to prepare hors d’oeuvres and a cocktail with a Hawaiian theme for 50 guests and judge Marc Murphy.

Single Ladies | VH1
Where There’s a Will
Raquel seeks new investment partners. Meanwhile, April meets a man, but the budding relationship could be more complicated than expected; and Sean’s sudden return creates dramas for Keisha and Malcolm.

Sleepy Hollow | FOX
The Vessel
Capt. Irving’s daughter is targeted by evil forces, so he pleads for help from Crane and Mills, and also looks to Washington’s Bible for answers. Meanwhile, another frightening chapter of Jenny’s past is revealed.

The Fosters | ABCFAM
The Honeymoon
Jude and Brandon feel guilty about Callie running away, and other family members are confused about Callie’s actions. Meanwhile, Mariana stumbles upon the real reason for Lexi’s impending trip to Honduras.

Vanderpump Rules | BRAVO
The Ultimatum
Stassi’s Cabo birthday continues to sour when Jax arrives with uninvited guests. Meanwhile, Lisa receives an ultimatum from Kristen, who then makes a shock-and-awe decision.

Cake Boss | TLC
Carlo’s Cowboys
A giant cake for a rodeo association features a cowboy on a horse; a couple are planning a surprise wedding and ask for a cake for their secret celebration.

Bakery Boss | TLC
Lidia’s Bakeshop & Cafe
A bakery in Dobbs Ferry, N.Y., gets off to a slow start, so Buddy provides business tips to the owners to make it more successful.

Bitten | Syfy
Summons
A supernatural thriller about the lone female werewolf in existence begins when Elena is forced to leave the perfect life she has made for herself as a photographer in Toronto to return to Upstate New York after her wolf pack is threatened.

Castle | ABC | starts at: 10:01
Deep Cover
The investigation of a video-store clerk’s homicide reveals that the victim was a skilled hacker, and that Castle’s father is connected to the case.

Don’t Trust Andrew Mayne | A&E
Father of Anarchy
A wife teaches her husband a lesson in the opener of this series, in which a mischievous magician pulls pranks on strangers using illusions.

House Hunters | HGTV
Unrealistic First-Timers in Reno, Nevada
A ranch house seems the more realistic option for a Reno couple who have $185,000 to spend on their first home, but that doesn’t stop them from dreaming of a craftsman with high-end finishes.

Independent Lens | PBS
At Berkeley
Frederick Wiseman’s “At Berkeley” examines University of California at Berkeley, its intellectual and social mission, and day-to-day life on campus, including faculty meetings, classes and financial-aid seminars. The documentary also details the difficulties it faces due to reductions in public funding, which has fallen from 54 percent of the university’s operating budget in 1987 to 12 percent in 2012.

Intelligence | CBS
Red X
The CyberCom team investigate a suicide bombing at a U.S. Marine base; and Gabriel thinks he may have found his wife who has been missing for six years.

The Blacklist | NBC
The Good Samaritan Killer
A search for a mole puts the entire FBI team under investigation. Meanwhile, a missing Red targets the person who betrayed him, and a serial killer from Liz’s past strikes again.

Chozen | FX
Pilot
Redemption is sought in the opener of this series, in which an atypical rapper takes on the hip-hop industry.